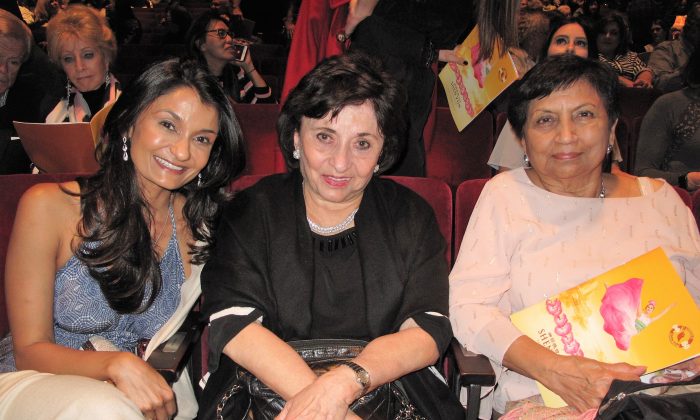 “We are really lucky to have it [Shen Yun] here. It is always such a beautiful thing when we get to see the core of the ancient tradition. … For us to be able to see something like this here is really special.”

“One of the wonderful things about the art in the modern age is that there is that kind of cross-culture collaboration in a way that used to be so rare. Now, we have more people realizing that there are so many traditions we can learn from the other cultures, from other nations, from other backgrounds, and from other musical traditions.”

“They [dancers] are phenomenal. … One thing I love so much about dance is the ability to take huge emotions and put them into something kinetic.”

“The tragic piece about the husband and wife who were separated, and feeling the grief, feeling the pain of someone being torn literally, physically torn away from you, in a way you can’t necessarily represent in words. Getting to see that through movements is another really unique thing.”

“I think there is something really universal about connecting with something higher than yourself that is actually within you. … No matter what religion it is, you celebrate that part of the God in you. … You celebrate that holiness, that higher part of you.