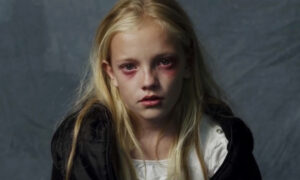 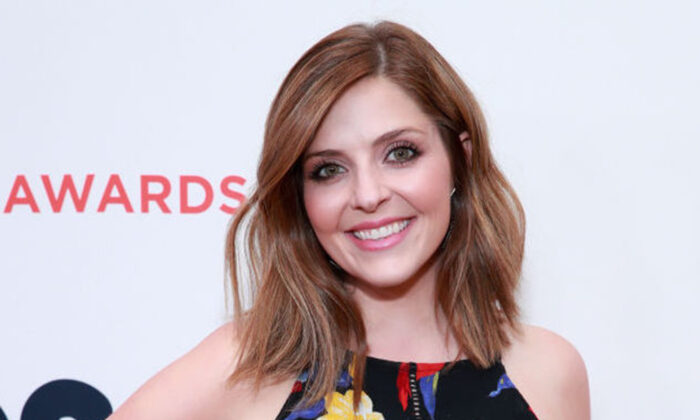 Jen Lilley has always been charity-minded. Her father was a judge, her mother worked for a charity, and their home functioned sometimes as a safe house, so there was often someone new staying in their home. Even as a child, Lilley’s dream was to be able to make so much money and be able to give it all away. Gifted in many areas and interested in everything from science to law to the performing arts, Lilley ultimately became an actress with a mission to give and to use her platform for positive change.

Lilley says that for her, it stems from her faith; she is a Christian, and faith for Lilley is about living out what you believe.

She has been involved in advocacy and charity since she was a child, with organizations that were doing good around the world. But as an adult, just when she thought she would be able to do more, Lilley started experiencing news fatigue and thinking about all the things she couldn’t do.

“The more I watched the news the more helpless I felt, like ‘I can’t do anything, I can’t stop war,'” she said. “So I thought, ‘OK Jennifer, turn off the TV. What can you do?'”

It hit her that even if she was helping alleviate crises around the world by giving to charities, there might be people in her very own neighborhood who were experiencing loss and need.

“And I might be not helping them because I’m so busy helping everyone else, and not people I’m in touch with one-on-one, and that didn’t sit well with me,” Lilley said.

And Lilley has good news.

The topic of child pornography was so horrifying that Lilley was advised to pick something else to focus on. This didn’t sit well with her, but she started speaking out about child abuse, which led her to the behemoth of foster care.

“It’s a broken system,” Lilley said. That’s something everyone has heard before, but the chain of ills tied up with foster care means that if you can break the cycle of abuse, the positive ripple effect is immense.

“So I’ve been thinking for a long time, what would it take to break the cycle of abuse? Because what you find is that children who enter foster care often came from moms who came from foster care,” Lilley said. About half (49 percent) of children born to mothers who were in foster care end up in the child welfare system at some point.

These numbers may be horrific, but Lilley has another encouraging one: “If one person out of every three churches were to stand up and become a foster parent, there would be no more children waiting in the foster care system,” she said. “That’s one person out of every 750, just a conservative estimate. That’s crazy. Break it down—I love numbers—it’s so doable. It’s encouraging.”

Lilley and her husband were part of a mentoring program with Childhelp, an organization dedicated to preventing child abuse, and a young girl they had spent a lot of time getting to know confided in the couple that she was scared because she was going to go back to live with her abusive mother. That spurred the couple into taking foster care classes so they could get licensed and start to help.

They fast-tracked the proceedings, packing their weekends full of classes and paperwork so by the end of two months they were ready to welcome who they thought was going to be an 8-year-old girl into their home.

Instead, “They called us and said, ‘Will you take this infant?'” Lilley said. She was reluctant, not least of all because she and her husband have busy schedules—she actually had to be out of town for the next three days, but then promised she would take any child who needed a home once she was back. Child services ended up being able to find someone to take the infant for a weekend while Lilley was gone, and so she had to be ready for a baby once she got back.

“So I sent out this massive email to all my friends, family, producers I knew, actors I knew,” Lilley said. She updated everyone about her new situation (“if I can’t go for coffee it’s because I have spit-up on me and I’ve been awake all night with an infant”) and no pressure, but if they could help with the no-frills essentials (“survival items: I need a crib”) that would be great.

Her community really came through for her, but Lilley admits it sort of ended there. When she began fostering, she didn’t know any other foster families, and she still doesn’t personally know anyone else who is a foster parent. Lilley and her husband ended up adopting Kayden, the infant they were fostering, and are currently going through the long process of adopting Kayden’s younger brother. They have also welcomed their own baby girl into the family.

#HappyEaster from my family to yours! #HeIsRisen

Fostering is notoriously difficult, and an oft-quoted statistic says half of families stop fostering within their first year because it’s so hard. Caring for traumatized children is difficult, getting attached is difficult, and Lilley says one thing she wasn’t prepared for was monitoring the visits from biological family members and writing up unbiased reports afterward.

“It’s not in a parenting class, like how do you love this bio-Mom or Dad well, when they are the ones who put this child in this situation,” Lilley said. The experience of fostering has led Lilley to create her own podcast, Fostering Hope, in hopes of creating an online support system for other foster parents who will inevitably need it.

It Takes a Village

Another project Lilley has just launched is a product of what she can only call divine intervention.

Years ago, Lilley made a tentative foray into singing and released a Christmas cover song—her fans wanted more. That led to a Christmas album, something that’s been on her bucket list, which only had people asking when she was going to release a real album. Then in 2016, Lilley was able to put together her dream team of writers and producers and made the album.

Lilley admits it wasn’t just for the fans. She had a dream that this album could help support the child advocacy causes so dear to her and that proceeds could go toward charity. She started thinking about and praying on what that could look like, and it came to her through a serendipitous find on social media.

Orphanages and group homes have proven not to be good working models, but Lilley found Project Orphans, which built a neighborhood in Uganda to give orphans a home. Lilley thought perhaps a neighborhood of foster families could be built in the United States.

Lilley released one single from the album, “King of Hearts,” and the money raised was enough to help a Ugandan boy get life-saving heart surgery that he needed. The leftover money was enough to begin the process of creating a neighborhood here at home.

“So the kids aren’t stigmatized. The kids they’re playing with in the neighborhood don’t have to explain their backgrounds,” Lilley said. She’s partnered with Project Orphans, whose founders are looking at a plot of land in Oklahoma, where the first U.S. neighborhood is slated. These foster families would be thoroughly vetted applicants, and it would really have to be a neighborhood with homes on separate plots of land rather than an apartment complex, so there is room for outdoor play.

“You would find stable, loving foster homes that are pro-family reunification, because that’s the goal—the goal of foster care is to take these kids and put them back with the bio families,” Lilley said.

“It’s really hard, because you do get so attached and it’s so emotional, but our job is to selflessly love these children, mend them back together, and come alongside their families. And when that is not an option, I want the parents who live in this neighborhood to be open and willing to adopt when necessary,” she said.

Lilley wants to build a community with this neighborhood model because she believes it does take a village to raise a child. Her hope is to create this model in one state and be able to replicate it across the nation.

Before the album could make its debut, Lilley found herself pregnant with her daughter.

“I just put off the album release,” Lilley said. It was a classic album anyway, so its release could be pushed. And Lilley wanted to focus on her family.

Lilley thought of Saint Teresa and her famous message to love in our own homes and neighborhoods first.

“If you want to change the world, go home and love your family,” Lilley said. “And I’ve never understood that more than being a mom.”

Her debut album “LILLEY” launched on May 1, in conjunction with Foster Care Awareness Month.

At the same time, Lilley is hosting a talent competition, #VoicesThatGive, where anyone can enter through the month of May to win the grand prize of $10,000, among other career- and category-specific prizes, and a walk-on role in a Hallmark film. The categories are musician, actor, dancer, hidden/unique talent, and Hallmark fan; rules for video submissions can be found online.

“Anyone can enter for free,” Lilley said. “I really say anyone because my personal belief is that every person was created on purpose for a purpose with unique talents and gifts to bring to the party.”

Rather than a judging panel, the winners will be based on public voting. Everyone gets one vote for free, then one free vote for every friend you get to sign up, and then as many additional votes for $1 each.

“And then 100 percent of my share of profits will go toward building Project Orphans USA,” Lilley said. “It’s just really a win-win for everyone and I’m really excited about it.”