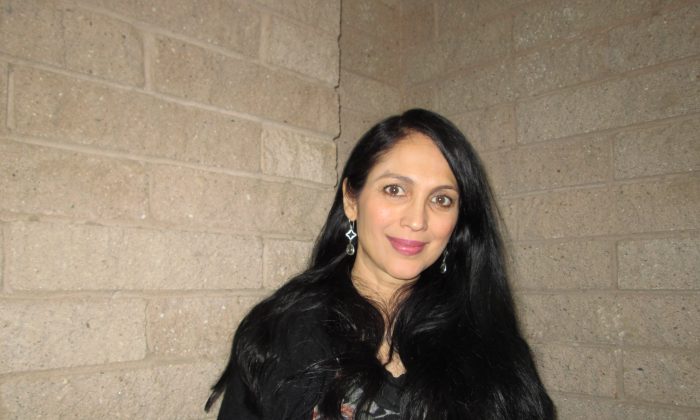 “This show stayed in my mind for six years,” Pandit said.

So when Pandit heard that Shen Yun was performing in her home city of Tucson she bought tickets right away.

“I think this is going to stay [in my mind] again for several years.”

Shen Yun Performing Arts is the premier classical Chinese dance company, whose mission is to revive 5,000 years of traditional Chinese culture through music and dance. The New York-based company has sent six equally large contingents to tour the world, each year performing an all-new program showcasing the essence of China’s divinely-inspired civilization.

After being re-acquainted with Shen Yun, Pandit said the performance was just like it was six years ago.

Pandit has acted in a range of Bollywood films, with a career spanning almost two decades. In 2010, Pandit, who is also a part-time emergency physician, founded a film production company House of Pandit. The company, Pandit said, has a focus on making films that raises awareness about health issues. In 2016, Pandit won best actress at the Bollywood International Film Festival  for her role in “Sulige Sikkidaaga ‘Be Fluid As Water …'” a film produced by her production company.

The actress said the power of Shen Yun lay in its affirmation of humanity, tradition, and peace.

“I am a deep believer in tradition, peace, health, and the belief that life is one of the greatest gifts of all,” Pandit said.

“And I think we all need to cherish the greatest qualities of life like good health, family, culture, wealth, and live our life to the fullest.”

“This show just brings you back [to] that faith in the beauty, and the magnificence [of] life.”

Shen Yun conveys the meaning behind China’s ancient culture in the stories presented on stage through classical Chinese dance. Stories and texts passed down through Chinese history contain morals and values intrinsic to a culture steeped in belief in Heaven, or the divine. Such values include righteousness, benevolence, propriety, and justice, and have underpinned Chinese society for thousands of years up until the communist regime seized power in the mid-20th Century.

Beauty in Each Scene

Asked to single out a program that stood out to her, Pandit couldn’t decide.

“Each scene took away so many emotions with it and so many beautiful things with it,” she said.

And the effect was visceral.

“It [is] all still ringing in my mind and heart right now,” Pandit said.

The vibrant colors of the costumes particularly struck Pandit, she said, because it reminded her of her home country India, which is also filled with rich colors, culture, and tradition.

At the end of the performance, the actress had two wishes. One, that Shen Yun returns to Tucson next year so Pandit can see it again. Two, that others can see the beauty of Shen Yun.

“I wish them all the very best, and I hope the entire world gets to see this.”