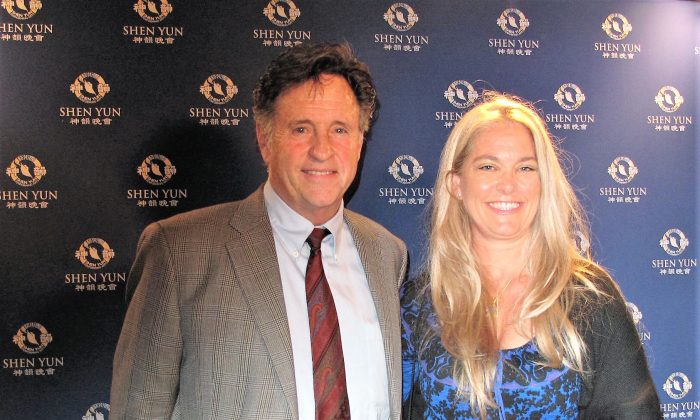 Robert Hays, an actor who is best known for his roles in film as pilot Ted Striker in Airplane, and its sequel, and Gina Carlson enjoyed the Shen Yun performance at The Fred Kavli Theatre in Thousand Oaks, Calif., on April 10, 2018. "I love it. It's wonderful," said Ms. Carlson. "I love the freedom of this [performance] and how they're embracing spirituality." (Yaning Liu/The Epoch Times)

“[The orchestra is] wonderful. It’s great having that. They’re very, very good.”

“[When the emcees] came out and said we can’t do this in China, that made it much more impactful for us both, and it gives a much more interesting ingredient [that’s] added to the whole show. It makes it really fascinating.”

“I think that if you bring back the spirituality of a society, it can only do good.”