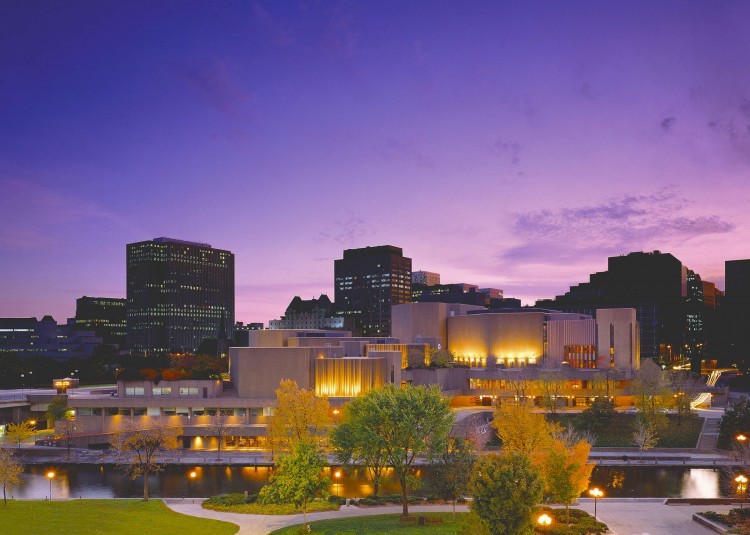 Attending Shen Yun Performing Arts at the National Arts Centre has become an annual tradition for many theatregoers in the national capital. The New York-based company returns to Ottawa for four shows on Jan. 2–4. (Courtesy of National Arts Centre)
Shen Yun

Ottawa theatre lovers are set to extend another warm welcome to Shen Yun Performing Arts as the renowned company returns to the national capital with an all-new 2014 show.

As part of its international tour to nearly 100 cities, Shen Yun will play four shows at the National Arts Centre Jan. 2–4.

Mayor Jim Watson sent official greetings in recognition of the classical Chinese dance and music production’s bright presence in the city every season since 2007.

“This brilliant collaboration of Chinese dance and music, inspired by more than five thousand years of traditional Chinese culture, pays homage to a country that is rich in the performing arts,” the mayor wrote.

“This splendid showcase, more elaborate each year, has captivated audiences all across the world, and continues to perform for sold-out audiences in Ottawa since it arrived in 2007.”

“Such a high-quality production is a great source of enjoyment,” wrote Johnston.

“The long classical Chinese artistic tradition encourages all Canadians to be inspired by the talent of these artists and to appreciate the splendour of the Chinese culture.”

One of Shen Yun’s biggest fans is Ottawa resident Robert Ikkus. Mr. Ikkus has seen every show in the past three years, a total of 14 times: four times in 2010, five times in 2011, and five times in 2012. And he is coming back again this year.

Based in New York, Shen Yun aspires to reawaken China’s authentic traditional culture and present it to audiences across the world through dance, song, and live orchestral music.

Shen Yun kicked off the Canadian leg of its tour with three shows at the Grand Théâtre de Québec in Québec City Dec. 27–29.

For Quebec MP Bernard Drainville, who attended with his wife and three children, the performance was not only world-class entertainment but also an educational experience.

“It’s a very pleasant show and wonderful to see with the whole family. It’s like travelling from dynasty to dynasty, from one Chinese region to another,” he said.

“It’s educational; it is educating society and me as well. We need to be educated about this topic.”

The opening show on Dec. 27 left dance studio owner and veteran dancer Denise Paradis just as pleased as she was when she saw the show for the first time last year.

“It’s magical,” she said. “There’s always something new—the costumes, the choreography, and the way the spectacle is presented. So, for me, I’m completely sold on Shen Yun!”

‘It heals the soul’

Sylvie Couture, a masseuse-physiotherapist who operates her own clinic, was blown away by Shen Yun’s lavish production.

“I think it’s divine. It’s pure. It touches the soul,” she said.

Shen Yun’s mission is to revive the essence of traditional Chinese culture—which was almost lost under communist rule—and to restore virtues inherent in that culture such as compassion and justice, propriety and wisdom, and respect for the heavens.

“It heals the soul for sure,” she said. “The show is nourishing, so for the people who really need to change their routine, it’s a show to see to be nourished, it’s a nice gift to give oneself.”

Alain Alzas, president of an award-winning company that specializes in restoring and treating natural stones, was particularly struck by the colours and visual effects.

“It’s very colourful, the colours are unbelievable,” he said. “Magnificent stage play, the colours—everything is quite extraordinary,” he added, giving the show a “10 out of 10.”

Isabelle Brassard, a coordinator at the University of Montreal, saw the show with 13 relatives. Her aunt had gotten tickets for everyone.

“We really appreciated the choreography, the synchronization, the harmony, and the exceptional costumes,” Ms. Brassard said. “It’s a show for the entire family.”