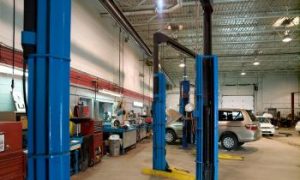 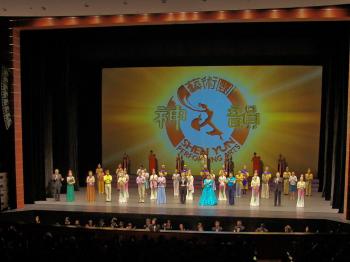 “It’s an extremely brilliant performance,” he said. “The colors are so vibrant, and the synchronization of the dancers is just incredible.”

One performance set in a classroom and depicting a scene in modern-day China resonated with Mr. Lindberg. The deeper meaning conveyed in this dance, he said, was that “education was being repressed [in China], and the Chinese government was trying to control the minds of the students and quash education—and education won.”

Inspired by a true account, ‘Our Story’ tells of a beloved teacher who guides her pupils not just in the art of writing, but life. One day after class, as she writes the Chinese words for "truth," "compassion," and "tolerance" on the blackboard, state police burst into her classroom and take her away. The three words, though essential values in classical China, are grounds for arrest under communist rule today.

Mr. Lindberg said he enjoyed the show very, very much. “Being from the Western world, the difference, the grace, the dignity that is displayed is very impressive.”

“This is as wonderful any evening of dances I’ve ever seen,” he said. “Extremely, extremely powerful. The synchronization between the dance and the orchestra is impeccable.”