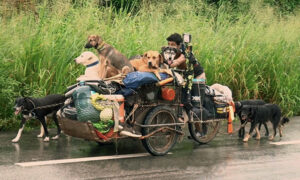 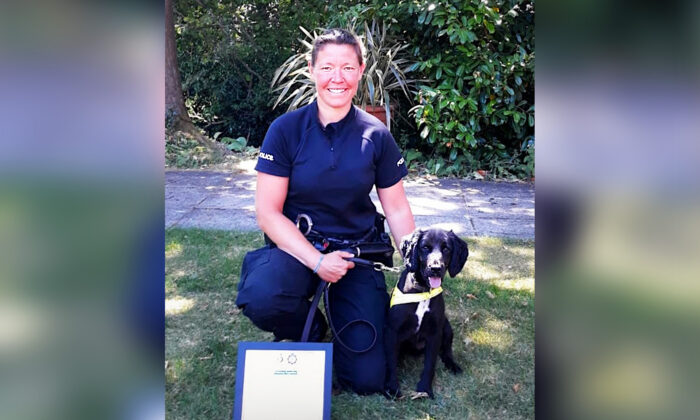 Abandoned Pup Found in a Bucket Gets Trained By Police, Adopted in Law-Enforcement Family

A puppy that was found abandoned in a bucket was adopted into a new law-enforcement family after being trained as part of the police Surrey and Sussex Dog Unit.

Last summer, a resident of Redhill, UK, was left in disbelief after finding four abandoned cocker spaniel puppies. The infant dogs showed signs of starvation and were suffering from several chronic infections.

All four puppies were taken in for treatment at the Millbrook Animal Center in Chobham, where they eventually recovered.

“The poor puppies were in a real state,” said Jo Douglas, who helped care for them, in a Dec. 7 interview with ITV. “They needed four different types of eye drops and two ear drops which had to be administered four times a day, plus medicated baths for their skin.”

Fortunately, after rounds of treatment, the puppies were healthy once again. The center lovingly named them after the “Stranger Things” characters, dubbing the adorable pups Dustin, El, Lucas, and Mike.

“Dustin was always on the go,” Jo added, “[he] needed constant stimulation and he was just too much for his adopters so he came back to us.”

At the center, they kept Dustin busy, since he seemed to have boundless energy.

“We [hid] tennis balls around the center and play[ed] scent games with him,” Jo said. “He absolutely loved it—and was really good at following his nose and finding them so we contacted the police to see if they’d be interested in taking him on as a new recruit!”

Dustin, who was eventually adopted into a police dog training program, was renamed Badger. Six months ago, he qualified as a sniffer dog, and he just completed training this month.

“I was saddened to hear how Badger had been dumped on the side of the road,” PC Barrett said. “But thanks to the RSPCA, he’s been given a second chance. After a lot of love and training, he has regained trust in humans and become a real success story. He’s still very mischievous at times, but that’s all part of the challenge!”

PC Barrett told Shropshire Star that Badger is “hard not to love” and has a “mischievous side.”

“When he hears the radio go off he squeals with excitement,” she said. “I don’t even have to ask him to get in the van. He’s a joy to work with … he’s obsessed with work and he makes me smile all day.”