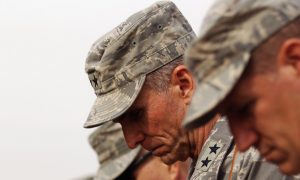 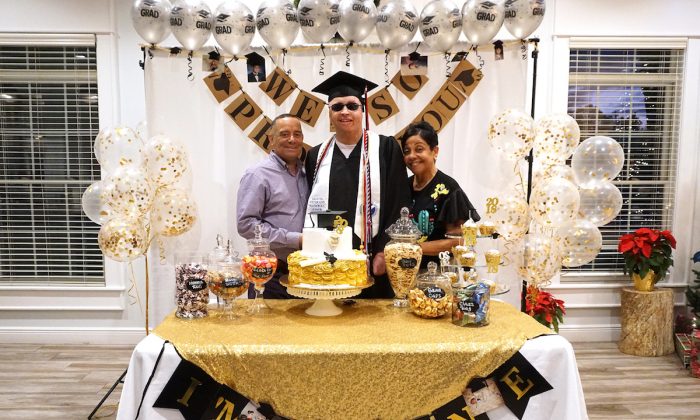 Joel Tavera during his graduation from the University of Tampa on Dec. 15, 2018. (Gary Dejidas)
Life & Tradition

A Wounded Veteran Beats the Odds

More than 4,000 soldiers were killed during the Iraq War, and more than 30,000 were wounded. One United States Army veteran was wounded so severely that he was never supposed to survive. Now, he’s pursuing his Master’s degree.

Joel Tavera is 31 years old, and currently resides in Tampa, Florida. Tavera arrived in Iraq in October 2007, and was severely wounded on March 12, 2008. He was supposed to be leaving on March 14 to return home, but his Humvee was hit by a rocket as it was leaving the base two days before his scheduled departure home. Out of the five men in the truck, three of them were tragically killed.

Tavera was thrown from the truck and was engulfed in flames. He thought about his parents, felt excruciating pain, and spoke with someone before blacking out. His heart stopped multiple times while he was unconscious, but was able to be resuscitated. He was taken to Bagdad, where doctors removed a piece of his skull to relieve the pressure on his brain.

Tavera was then flown to Germany, and was back in the United States by March 15. Eighty one days later, he woke up in a hospital in San Antonio.

He had suffered a severe traumatic brain injury, burns on 60 percent of his body, a spinal cord injury, an amputation of his right leg below the knee, lost the finger tips from his right hand, and was blind. He required 117 surgeries to treat his wounds.

“People thought I’d die in the hospital, but I didn’t,” Tavera told The Epoch Times.

Recovery was tough. Initially, it was difficult to speak or even start a sentence. Nevertheless, Tavera pushed himself constantly during his rehabilitation, and had some successful, memorable moments. In 2009, he started to become able to transfer himself from his bed to his wheelchair.

By 2010, he was able to get out of his wheelchair and walk a bit. He fell once, but falling taught him how to fall correctly. He also began to diet and exercise. A year later, he was doing 5 kilometer walks, did two more that same year, and has completed nine total. He also went to a school for the blind, and learned how to dress and shower himself, and worked on other everyday living skills.

Tavera had quit college to join the Army, and had an ardent desire to go back to school. He wanted to improve his reading and writing skills, and ended up majoring in history at the University of Tampa. He went to class, sat in the front row, and was not hesitant to challenge his teachers.

In addition to the adversity that he had faced, he became the first person in his family to graduate from college on Dec. 15, 2018. He plans on pursuing a Master’s degree in social work, and hopes to work for the Department of Veteran’s Affairs.

Now, Tavera is enjoying activities like skydiving, hunting, shooting, fishing, and his miraculous recovery has inspired other wounded veterans returning from war.

He also helps other veterans, and recently visited an amputee who had his surgery three weeks ago. Tavera has encouraged him to eat better, so he can lose weight and improve his walking. Despite the adversity Tavera faced, he’s ready to keep living his life to the fullest.