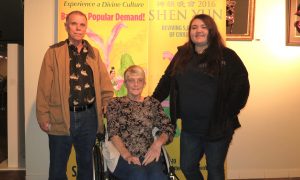 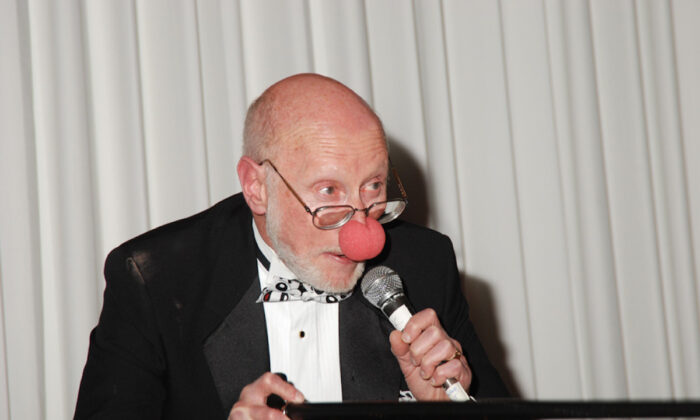 Allen Klein is an author and speaker who discusses the therapeutic value of humor. (Courtesy of Allen Klein)
Life & Tradition

A Widower Discovers the Therapeutic Value of Humor

The idiom “You gotta laugh” reminds us that even in the most unpleasant situations it’s important not to take life too seriously. Allen Klein faced one of the worst tragedies of all, but was able to discover how the therapeutic value of humor can help us in the most dire of circumstances.

Klein is 81 years old, and lives in San Francisco. When he thinks about his late wife Ellen, he remembers her as an outgoing, vivacious woman. When the couple was young, Ellen was diagnosed with a rare liver disease at age 31.

Ellen realized she only had a limited amount of time left to live, and decided to take advantage of it. She would go to disco clubs while Klein tried to get her to stay at home.

The couple would host an elaborate Christmas party every year, and Ellen would make a variety of cookies and cakes. Klein wanted her to cancel the party, but Ellen was determined to enjoy her last Christmas to the fullest.

Ellen was also known for her sense of humor, and maintained it throughout her illness. Making herself and those around her laugh helped them cope with the inevitability of her death.

“That little bit of laughter helped us momentarily rise above the situation, forget about what we were going through, and just helped us deal in somewhat lighter tone with what was going on,” Klein told The Epoch Times.

On May 3, 1978, Ellen passed away at age 34. Klein coped with her death by focusing on the positive in his life. He realized he still had an 11-year-old daughter he loved, friends, family, and a successful business.

Klein and his daughter also went on a two week cruise through Alaska, which helped them cope with Ellen’s passing.

“It gave us a chance to bond, to be together, to love each other, to realize what we had been through,” Klein recalled.

Klein had a silk screening business, but realized he had another calling. He sold his half of the business to his partner, and tried to determine the direction his life would take.

Two months later, he received a brochure from the Holistic Life Institute that featured a death and dying program. Klein went to the institute, and became a hospice volunteer and home healthcare aid.

A couple of years later he became the director of the program. Much like Ellen, humor was prevalent among those who were terminally ill.

“When I was working with people that were seriously ill and dying I saw how they would use humor, and how valuable it was for them. How it helped them cope, and sometimes it was sarcastic and cynical humor, but sometimes it was the only thing they had left after everything else is taken away from them,” Klein recalled.

After working with those who were seriously and terminally ill, Klein decided to pursue his master’s degree in therapeutic humor.

During and after his studies, Klein learned that humor was an excellent tool to cope with death, the loss of a job, and other serious life events. He also learned it was a great way to deal with everyday issues such as being stuck in traffic.

Klein discovered that humor provides an escape from what we’re going through, but more importantly allows us to separate ourselves from the situation and provides us with a different perspective.

Klein is the author of “The Healing Power of Humor,” in which he discusses how humor helped him cope with his wife’s illness, and how it can help other people who are going through grave situations and everyday problems.

There are several methods Klein suggests in his writings. For instance, exaggeration can help people gain a better perspective about an adverse situation. It’s also important to be more like a child because they don’t get stressed out as easily as adults.

Klein is also the author of “Lighten Up” and “Positive Thoughts for Negative Times,” which were published this year.

In “Lighten Up” Klein writes about laughter, humor, smiling, and the importance of a positive attitude to lift readers up. “Positive Thoughts for Negative Times” discusses the importance of taking a negative situation and trying to turn it into a positive one. Other themes in the book include learning how to forgive, and gratitude.

Among all of the advice Klein suggests, having a prop to help one get through something tough is one of the most important tools available.

“Just a little piece of advice. I find a visual prop is really good [as a] reminder because the world is so serious these days, and we hear it on the news all the time, we need something to help us lighten up,” Klein said.