The Met Deserves a Hero's Welcome
0 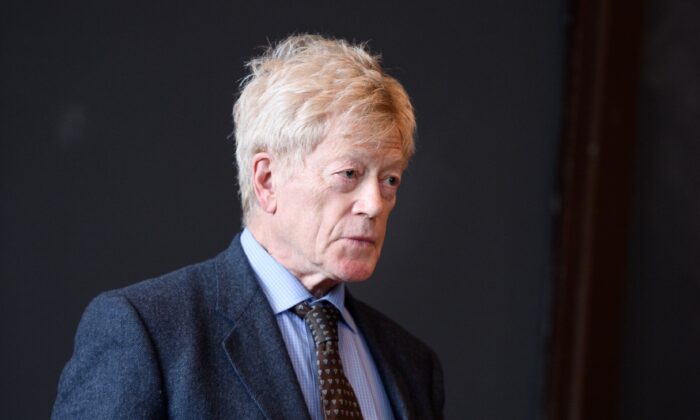 A Watchmaker, Artist, and Guitarist Explain Why Beauty Matters

Beauty in art and artisanship deepens our very existence
By J.H. White
Print

A sculptor told me recently that Sir Roger Scruton’s documentary “Why Beauty Matters” had a profound effect on his life and career as an artist. I watched it and couldn’t agree more with Scruton.

“Beauty matters. It is not just a subjective thing but a universal need of human beings,” Scruton says.

Though Scruton passed away early this year, his message continues to reverberate. I called up three professionals from different creative fields to get their perspectives.

“Beauty is an emotional engagement,” says Mike France, co-founder of Christopher Ward, the world’s first online-only luxury watch brand. “Beauty cannot just be visual. It needs to be in the touch and the feel of the materials, in the [sounds] that the watch makes, in the precision of the way things move.”

For example, France explains that his team labored for hundreds of hours so that the bezel made the right clicking sound on their vintage-inspired C65 dive watches.

“Every sense has to be engaged in a watch,” he says. France wants customers to have an unforgettable experience from the moment they open a Christopher Ward box, the world’s first sustainable luxury packaging. Christopher Ward spent 12 months crafting it just so that it creates a suction upon being opened, adding a subtle touch to the anticipation of opening the box when a buyer gets the watch.

Since Christopher Ward is only available online and does not have retail locations, the customers have not actually seen the timepieces in person.

“All design teams should be looking for something that encapsulates a design, something distinctive enough that it can live on every watch,” he says. The dive watches, for example, include signature details like the Trident symbol on the counterbalance. “It’s a surprise. People often don’t see it until they own the watch. They think, ‘Oh, this is even better than I thought it was.’”

But France explains that with Christopher Ward timepieces, beauty extends beyond your senses.

“One of the ways in which we value things and value the beauty of things is if we are aware that they have been difficult to make and that somebody has poured their efforts and expertise into them,” he says.

He likens it to his daughter, who is an opera singer. Yes, she was born with a beautiful voice, but she’s put in 10,000 hours to develop it.

“Most people do not understand that it took her eight years of intensive training to train her voice to the level it’s at now. Still, every single day, she trains. She produces beautiful sounds, but that’s because she’s worked hard at it,” he says. “That perspiration, blood, sweat, tears, effort, and the grindstone are part of beauty.”

Christopher Ward’s new timepiece C65 Super Compressor (available this fall) exemplifies the sentiment that “beauty wouldn’t have a value if it was easy,” France says.

Fifty years ago, a super compressor’s case became more airtight as the diver increased the depth of the dive. But since the early 1970s, that super compressor technology has been a mystery. While famous watch brands have introduced “super compressors” in recent years, none of them actually performed the job, France says. “We wanted to produce a genuine one.”

Christopher Ward reverse-engineered the vintage models. Over several years of effort, France’s team crafted a tension spring that has enabled the magic of the compression. This little spring is only 300 microns thick—the thickness of four human hairs.

But Christopher Ward didn’t stop with crafting a real super compressor that was waterproof to 500 feet (150 meters). France wanted to showcase the beauty of the watch’s inner workings. So his team made a see-through caseback, the first ever for a super compressor.

Even though the company could have released a super compressor that didn’t actually work, France is happy they persevered. “Honesty has a beauty as well. The best art, poetry, and literature are nearly always when they are honest,” he says. “Being honest about the work you’re doing plays a part in the beauty of what you end up producing.”

“I have a responsibility because I’m drawing or painting humans. We are created in the image of God. We’ve all got divine origins,” says Wilson. “So it’s a disservice for me not to portray people properly, in that light.”

As a young teenager, Wilson hadn’t yet reached that understanding about art. The bane of her mother’s existence, Wilson drew cartoons all over the walls and ceilings of their home.

“I was quite wild,” she says with a laugh. “I just wanted to express myself artistically.” But art as a career never seemed a viable path, and she gave up art until adult life in the early 2010s. She began drawing again with charcoal and Conté à Paris, pencils that allow for various techniques and effects for drawing, sketching, and pastel work.

If she wants to create beautiful works of art, Wilson realizes that she has to improve her inner world in tandem with her external skill.

“Traditional art is a high skill that has been passed down from a high place,” she says. “You have to have a lot of respect for it, because it is really quite difficult. You can’t just do it. You have to learn it and practice and practice it.” But it’s not just a matter of artistic skill, either.

For example, as she starts a new piece, “it’s like facing yourself,” she says. Boredom, impatience, irritability, and all of her emotional and mental blockages surface as she works on the proportions and layout.

“You have to keep going with it and not give up,” she says. As she goes through her sketch or painting, layer by layer, her fears and frustrations fade away. She becomes more connected to the divine, and a sense of peace overcomes her.

A World of Beauty

“When something is truly beautiful, almost everyone will just stop and be astonished. I witnessed that when I worked in a museum,” says guitarist Nemanja Rebic.

In “amazing paintings, there’s a composition, just like music. In painting and music, the composition has to be balanced. If you follow those specific rules [of balance] and, of course, add your heart and own touch to it, you can produce art that just hits us. It’s intrinsic to our nature. It’s something very close to us, very universal.”

Rebic explains, for instance, that a painter uses colors, light, and shade. In music, he also uses color.

“It’s just that I use colors that you hear,” he says. “I know what specific notes or set of notes can produce a certain emotion. I use those notes, or colors, to express what I want at that moment.”

Rebic is from Serbia and has studied Western and Indian classical music. He also draws inspiration from classical Chinese music.

No matter which region around the globe, “classical music is rooted in the belief of the divine. It was divinely inspired art created in temples in the East and churches in the West.”

When Rebic first moved to New York City, he attended a concert he’ll never forget. The musician, Shahid Parvez, performed on the sitar, a classical Indian stringed instrument. He started playing a long introduction or “Alap,” often performed as part of a musical piece in Indian classical music.

“I just started crying uncontrollably. It was kind of embarrassing,” Rebic says with a chuckle. He wondered why he was so moved by the performance. “I believe in reincarnation. It really hit something from a very long time ago that I experienced.”

Rebic went on to study with Parvez, learning North Indian classical (Hindustani) sitar techniques on his guitar. As Rebic has refined his craft, incorporating classical elements from different regions, he now experiences that same catharsis when making his own music.

He began composing a song based on this poem. But he was experiencing songwriter’s block since the topic was both so heavy and important. He stepped back and took a break.

Rebic had one simple wish. “I really wanted to create something that honors ancient Chinese culture, which I really cherish,” he says. “Just when I had this thought, something came to me.”

On his guitar, Rebic started playing a piece that simulated the guqin, a plucked seven-string classical Chinese instrument. The guqin sounds ethereal and pleasant with its signature long notes and beautiful ornamentation.

“This full piece was coming out as I was playing it,” he says. It wasn’t just an improvisation or melody; it was a full song with different parts that worked in harmony with each other. “As I was playing, I was crying. I started remembering something from thousands of years ago. It was this very deep feeling.” He recorded it and can now even hear his sobs as he played.

“It was quite a magical experience, because the piece came out from beginning to end. I didn’t have a concept before I started playing. It just came out. I still am baffled by that experience. I can’t even take much credit for it honestly, but it felt real.”

Beauty connects us to higher realms of being. As Scruton says in “Why Beauty Matters,” “If we ignore this need [for beauty], we find ourselves in a spiritual desert.”