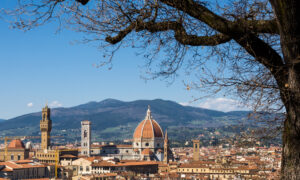 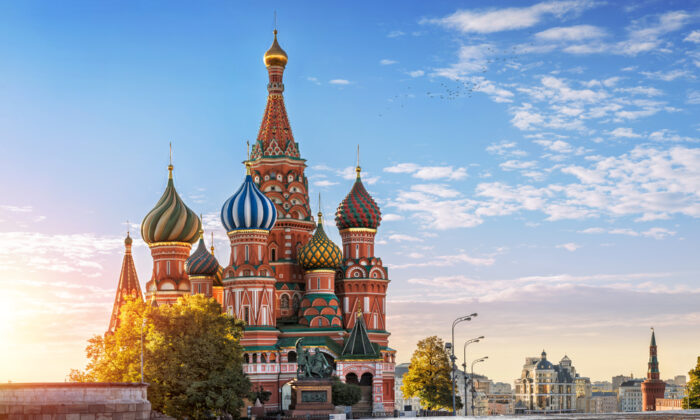 The Cathedral of St. Basil the Blessed, as it is commonly known, in Moscow’s Red Square, Russia. (Baturina Yuliya/Shutterstock)
Fine Arts & Craftsmanship

For centuries, people have marveled at the ornate brickwork and distinctive polychrome onion domes of the Church of Intercession of Most Holy Theotokos (Mary Mother of God) on the Moat, commonly known as the Cathedral of Basil the Blessed, in Moscow. Remarkably, the cathedral took just six years to complete, with the building work finished around 1561.

Csar Ivan IV (the Terrible) commissioned the church to commemorate his victory over the khanate (kingdom) of Kazan, a win that culminated on the Day of Intercession, in 1552.

Despite the church’s almost whimsical appearance, the design is ordered. The layout accommodates ten chapels, nine of which commemorate an event or battle that led to Ivan’s victory. The largest chapel, in the center, is called something very similar to the whole’s building’s name: the Church of the Intercession of Most Holy Theotokos (Mother of God). It is surrounded by four large chapels, each positioned at one of the four compass points. An additional four chapels are equally interspersed between those four chapels, positioned at the intermediate compass points.