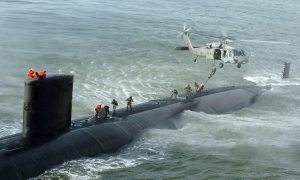 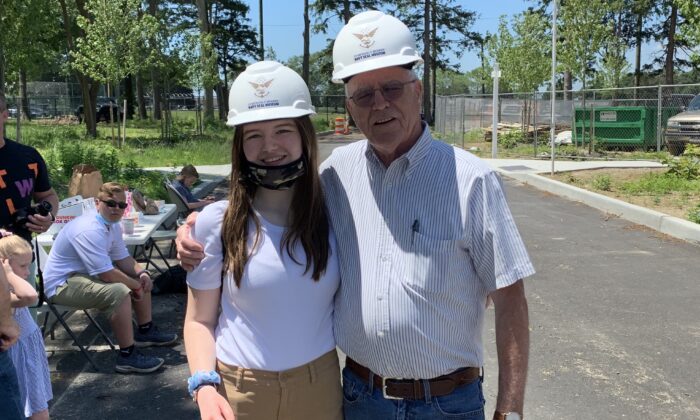 A Tribute to Navy SEALs and Operation Red Wings

The U.S. Navy SEALs conduct some of the most secret and critical missions on behalf of our nation, and many people lack an understanding of who they are and what they do. Now, one father, along with his community, is honoring his son and the SEAls’ legacy with a new memorial museum on Long Island’s south shore in New York.

Growing up, Michael Murphy, of Patchogue, New York, would often ask his father, Vietnam War veteran and career prosecutor Daniel Murphy, about his service during the war. But he was reticent to talk about it; he also urged his son not to join the military because of the sacrifice service requires.

One fall evening, Daniel was driving Michael to Penn State for college when Michael turned to his father and told him he was thinking about becoming a Navy SEAL. Daniel initially disapproved, but started to come around to the idea when Michael made it clear that he knew what he was getting into.

“He had an inner sense of wanting to help. He wanted to do something. He wanted to act in a way that would protect people,” Daniel said.

Michael had always been a protector since he was a kid, always fighting for the underdog. When he saw kids at school trying to push a special needs student into a locker, he intervened. When others harassed a homeless man, he would tell them to stop.

“He would do anything for anyone,” Daniel said.

Michael would maintain this character well into his career as a Navy SEAL. On June 28, 2005, he and three other SEALs, Matthew Axelson, Danny Dietz, and Marcus Luttrell, were on a reconnaissance mission, code name Operation Red Wings, in Eastern Afghanistan.

But when they were discovered by unarmed locals, their mission became compromised. The SEAL team let them go, knowing that they would most likely inform the Taliban of their presence.

As the three SEALs attempted to return to base, scores of Taliban fighters reached their position, and a firefight ensued. The unforgiving terrain made it impossible to call for a quick reaction force to come to their aid.

Michael, having already been gravely wounded, left his covered position and went out into the open to get a signal. As he exposed himself to enemy fire, he was able to call for assistance before being shot again. He returned to cover, and continued to fight until he was killed. Only Luttrell would survive the battle.

“Michael always seems to do the right thing, for the right reason, at the right time,” his father said. “That’s why they’d follow him anywhere, and I think pretty much that’s the way his men in the SEAL team felt.”

Michael’s favorite adage was “education will set you free.” After Michael was killed, his family started a scholarship fund in his name. The LT. Michael P. Murphy Memorial Scholarship Foundation has now sponsored 33 scholarships.

A division of Navy cadets was commissioned in his name as well, but they needed a place to train. That’s when the idea for a museum dedicated to the history of the Navy SEALs and Operation Red Wings with a facility for the cadets came in.

“Michael was, if nothing else, all about team. It was never about him,” Daniel said.

The Murphys started the endeavor in September 2018, and building the museum in West Sayville, New York, has been a community effort. Not only have donors given money—all of the steel and the electric work for the building have been supplied by local businesses. A man who found out about the museum discovered the same model of out-of-production Oakley sunglasses that Michael used to wear, and donated a pair to the museum. The structure itself is expected to be completed this month. They hope the museum will open to the public in May or June 2021.

The museum is intended to be educational, and teach visitors about the history, tactics, equipment, and tradition of the Navy SEALs. The first exhibit features the SEALs of World War II, then-known as “frogmen,” setting explosive charges on the beaches of Normandy. The following exhibits are in chronological order and portray the SEALs through the Korean War, Vietnam War, to the War on Terror.

“It’s actually going to tell the story of the Navy SEALs from their birth in World War II as underwater demolitions through the present day,” Daniel explained.

There also will be an exhibit dedicated to Operation Red Wings, which will feature a topographical map of the mission, the ensuing battle, and subsequent rescue of Luttrell. Visitors will be able to listen to the story as they walk themselves through the model. Another exhibit will consist of a large, empty canvas that starts on the ground, runs up the wall, and over visitors’ heads. A projection will show a helicopter come over their heads, and drop Navy SEALs as virtual grass blows by viewers’ feet.

The museum is also intended to encourage children’s interest in the military as well. A virtual submarine ride will immerse seven viewers with strobe lights, wind, and water so it will feel like a real mission. Next to the ride will be a memorial wall listing all 268 Navy SEALs who have been killed or missing in action since World War II. A photo and biography of the fallen SEAL will accompany each name.

The sea cadet training facility will host 45 young men ages 11 to 18. Outside, there will be a section of asphalt with yellow diving fin outlines, similar to the SEALs’ physical training platform in Coronado, California.

Daniel wants the public to visit the museum and become educated about one of the world’s most elite and secretive military units.

“While it carries Michael’s name, it’s not about Michael. It’s about Navy SEALs,” Daniel said.

When a mission goes well, nobody will ever hear about it, Daniel said. When missions go badly, everybody hears about it, and he wants visitors to gain an appreciation for the risks and sacrifices these men make to keep them safe.