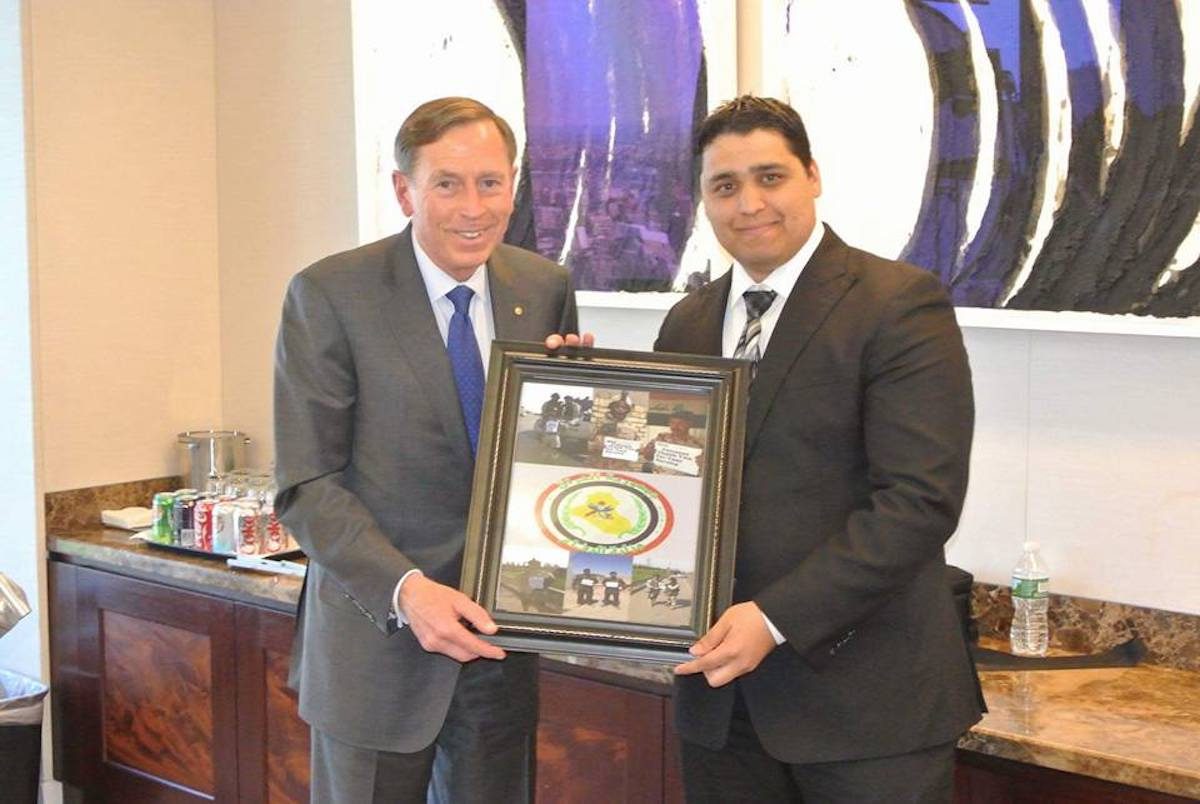 A Survivor of Saddam’s Prison Becomes a Patriot

No 12-year-old should have to experience being hung upside down by the ankles while being beaten with clubs. Unfortunately, this was the reality for Hamody Jasim growing up in Baghdad, Iraq under the dictatorship of Saddam Hussein. For 25 years, Saddam Hussein ruled Iraq as one of the world’s most brutal dictators.

However, Jasim would become a patriot for both the United States and his own country.

Jasim is 33 years old, and lives in Clayton, North Carolina.

As a child, Jasim and his family would avoid members of the regime and the Ba’ath Party. In school, Jasim was a great student. However, he had to take bullying from children whose family members were close to or worked for the regime. If he fought back, it could mean his life.

One day, Jasim was on his way home from school when he was confronted by a Ba’ath Party police officer. The officer demanded Jasim hand over his money, and he refused. The officer hit him, put him into a truck, and drove him to the Ministry of the Interior.

“It kind of like felt that you didn’t have any rights as a human. You were treated as a slave, and there was no future for you in that country. There was no future because future was only made for them, not for you,” Jasim told The Epoch Times.

The 12-year-old found himself in a prison full of adults.

Unaware, he was forced to sign a false confession. After he signed he was subjected to what was called “disco time.” Jasim was led into a windowless room with red painted walls.

Before he entered the room, another prisoner tapped him on the shoulder and told him to scream as loud as he could until the guards became tired of his voice.

The guards led him into the room, and hung him upside down. Then they proceeded to beat him with bats.

He spent the next four weeks simply trying to survive.

“At that point I didn’t think I was going to leave there,” Jasim said.

He bribed a guard with the little money he had hidden in his sock, and called his family. They were able to pay a ransom to get him out of prison, and when he was released his life would never be the same.

Jasim felt resentful after his release, and felt like he didn’t have any future. He told himself one day he would take revenge on those who had abused him.

Jasim went back to school, but found himself withdrawn. He had stopped caring about his future, and people close to the regime continued to abuse him.

In 2003, an American soldier knocked on Jasim’s door. Upon seeing the soldier, the 17-year-old who had never imagined Hussein would be overthrown, finally felt a sense of freedom.

Jasim went to the recruiting center to join the new Iraqi military, but was too young to enlist. He left, and had someone forge his documents to make his age 18.

He came back the same day, and the American recruiter felt like he couldn’t turn him away.

Jasim was able to get his mother to sign for him, and he became the 19th soldier to enlist in the new Iraqi military.

He was an infantrymen, and was trained by Vietnam War veterans. He trained for three months, and he and the American advisors prepared the first Iraqi unit ever in the new Iraqi military.

Jasim became a platoon sergeant, and was responsible for protecting the Iraqi recruiting center. He was also responsible for conducting patrols on Haifa street, which was one the most dangerous areas in the country.

In 2004, Jasim was on a patrol with 29 of his soldiers, and would engage in the Battle of Haifa Street. There mission was to recover the remains of Iraqi troops.

Terrorist groups including Al Qaeda and ISIS wanted to capture an Iraqi soldier alive so they could behead them on television to deter others from enlisting.

The enemy had strategically placed bodies on the road, and ambushed Jasim’s unit. They were pinned down under a bridge for an hour and 45 minutes, and there was no quick reaction force to come to their aid.

Jasim’s platoon leader ran out of ammunition, and was captured alive. The enemy beheaded him, and tied him to a pole in the middle of an intersection.

By the time the firefight was over, only nine men remained alive. Jasim had been shot in the knee, and had taken shrapnel above his eye from a grenade.

The day after, he was promoted to command sergeant major, and was the youngest soldier in Iraqi history to earn that rank at age 18.

During the end of 2004, the American military requested that he be the command sergeant major in charge of security for the Iraqi Ministry of Defense. Car bombs and suicide bombers were a daily occurrence.

At the time, there were 50 American advisors working in the building to help build the infrastructure of the Iraqi military.

There were about 4,000 Iraqi employees who worked in the building. Al Qaeda and ISIS were able to influence employees and even infiltrate the building and secure positions within the government.

In 2005, a minister for Anbar province planned to show up at the building with 200 men and kidnap one of the American advisors. Fortunately, Jasim was able to gather intelligence ahead of time and thwart the kidnapping attempt.

That’s when American intelligence officials recruited him. Jasim became responsible for locating terrorists inside the Ministry of Defense, and building profiles on them.

In another instance, he was able to gather intelligence that foiled a terrorist plot to send a suicide bomber into the building. After he stopped the attack, his identity as a source for American intelligence was blown.

Jasim decided to stay because he didn’t want to leave his unit. Jasim found himself stuck inside the Ministry of Defense, and knew if he stepped outside he would be shot. He continued to work for eight months until one of his men was assassinated 14 minutes after leaving the building, on his way home to see his family.

Jasim came to the United States in 2008, and became a citizen in 2017. He now advises and trains American soldiers who are being deployed to Iraq on how to contend with insider threats. For Jasim, he was proud to fight for his country and for the United States. 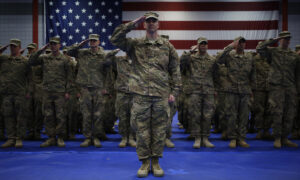 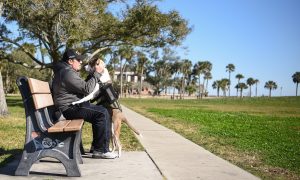 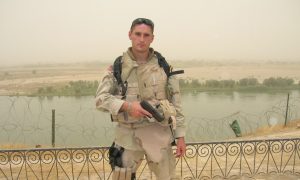 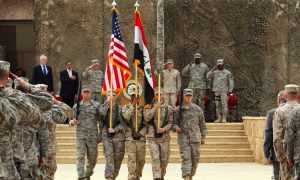