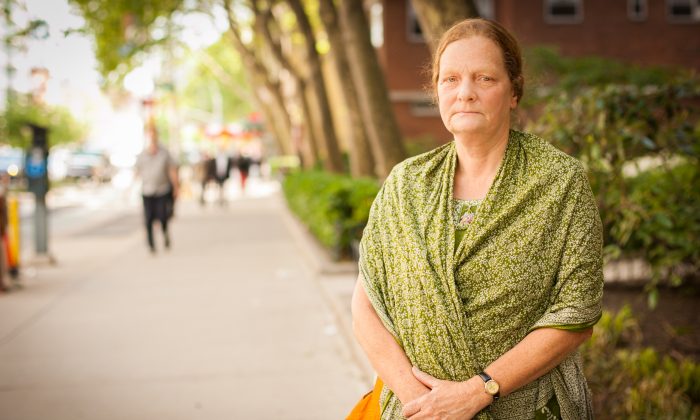 A Spiritual Journey to Ladakh, India

Christiane Teich, who prefers to be called “Chris,” made her pilgrimage to India over the course of 30 years, in search of something. Originally from Germany, Chris lived in Africa and South America before making her way to India.

Throughout her travels, Chris had tried many different kinds of spiritual practices, including qigong, transcendental meditation, yoga, Indian philosophies, Jainism, and Buddhism, yet still was not fulfilled.

Chris heard about a wonderful little place in the mountain area of the northernmost part of India called Ladakh. Although she lived mostly in Sarnath, India (the place where Buddha gave his first teachings), Chris preferred to go to Ladakh where the climate was unlike other parts of India—in Ladakh the air is cool and the weather is nice. “The climate is totally different in the high altitude, dry and just pleasant in the summers,” she said

She visited Ladakh nearly every summer since living in India, and usually stayed 3-4 months.

Ladakh lies between the Kunlun mountain range in the north and the main Great Himalayas to the south. It borders Tibet to the east and is inhabited largely by Tibetan Buddhists. The sparsely populated region is known for its remote mountain beauty and Tibetan culture.

When she first went to Ladakh around 23-24 years ago, there were very few TVs. “It’s a very small area, very few with TV, only two police stations,” said Chris.

But over the years and with the increase of both Western and Indian tourists, this has totally changed, and now TV is everywhere.

It was here that Chris was introduced to the meditation practice of Falun Gong, also known as Falun Dafa.

Chris fondly recalls attending an annual women’s meeting where women from many near and far villages gathered to cook, sing, dance, and weave. Nearby was a local temple situated high on a mountain, where a Chinese American woman was standing, looking down upon the crowd of women. She suddenly decided to come down from the mountain and began demonstrating the Falun Dafa exercises together with a local Tibetan person.

Falun Dafa is a spiritual cultivation practice that was introduced to the public in China in 1992. It involves five sets of meditation exercises and teachings of the universal principles of truthfulness, compassion, and tolerance. In 1999, fearful of its popularity, the Chinese Communist Party (CCP) launched a persecution against adherents. Since then, millions of Falun Gong adherents in China have been illegally detained, with the vast majority of them abused in custody by police, according to the Falun Dafa Information Center.

Chris had never seen these qigong exercises before but she was able to ask the woman a few questions and was directed to a shop where she was able to purchase the only available copy of Zhuan Falun, the book that practitioners read everyday and which expands on the principles of Truthfulness, Compassion, and Tolerance.

It took Chris a few years to let go of all of her previous teachings, so she did not become a practitioner of Falun Dafa right away.

Once Chris became compelled by her spiritual calling, she began putting up posters and stickers about Falun Dafa all over the biggest town in Ladakh every summer—so much so that in 2007 one of the local schools asked her to come and teach the students the exercises.

She went to the school and taught the exercises, but felt that something was missing. “I was not very drawn to introducing Falun Dafa, as mostly only the exercises were done in schools, often for days in a row, which just didn’t appeal to me at all,” she said.

In 2008 and 2009, Chris began to educate the public about the persecution of Falun Dafa practitioners in China by setting up an information booth and passing out truth clarification materials. After working with another practitioner and visiting schools with her, Chris rededicated herself to spreading the Fa to local schools.

In 2010, she went to a different school and began to teach the exercises again, but this time she also set up an information booth and clarified the truth to them. The administration and students had a lot of exposure to Falun Dafa.

“This is a Tibetan school, where regularly the director and teachers had been given truth clarification materials, and many materials were in the school library for years. Many children had already received Falun Dafa and Truth Clarification flyers at outside displays over the years, so this school was very much prepared,” she said.

Chris stayed at this school and two small branches of it until 2013. “Besides, realizing the impact on the children and teachers, I was in many other schools, often in villages, and realized the wonderful opportunity. While creating a very good atmosphere doing the exercises, one can easily build on that with Truth Clarification, in the form of posters, Ipad, short films, and singing Falun Dafa Hao [is good],” she said.

Chris recalled that one time she returned to Ladakh a little later than usual and was touched by how much the people missed her. With a tear in her eye, Chris spoke about how they asked, “Where have you been; why didn’t you come?”

For Chris, this pilgrimage that started some 30 years ago had culminated into a mission to spread the teachings of truthfulness, compassion, and tolerance in schools. She continues to visit Ladakh every summer—and even before she gets there, Chris sends posters, stickers, and flyers to residents who are eager to pass them out far and wide, including to the most remote regions.

“There’s still not many modern amenities, so I send cargos of materials to Ladakh and they distribute them,” said Chris.