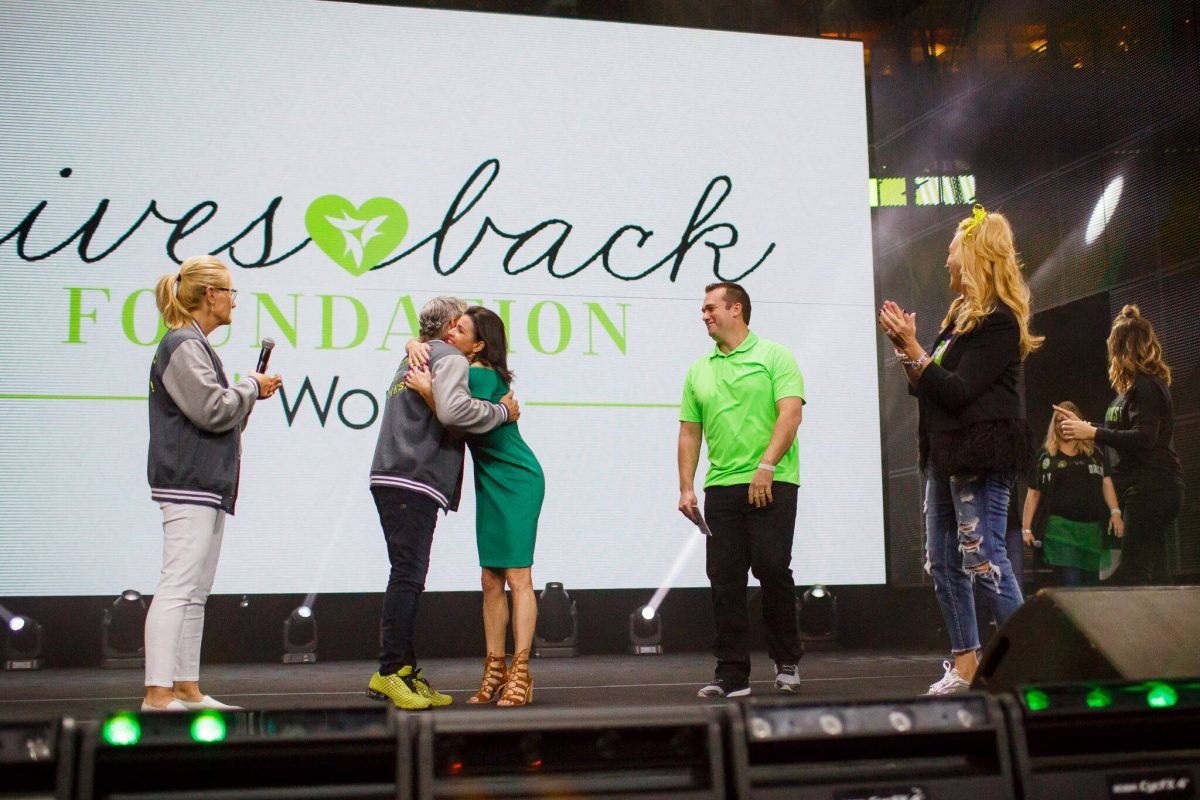 Many people think of sex trafficking as a foreign problem, but the fact is the practice is alive and humming right here in the United States. After suffering sexual abuse at the hands of a family friend, one woman is on a mission to eradicate the scourge of sex trafficking.

Elizabeth Melendez Fisher had a rough childhood growing up. She lost a sister to an accidental shooting when she was just seven years old. In addition to this tragic loss, Fisher was sexually abused starting at age 12 at the hands of a family friend. Furthermore, she survived a rape at age 14.

Fisher felt ashamed about the abuse, and felt less and less valuable.

“I think that when you’re little and something happens from somebody who is supposed to love you and protect you, it’s just so out of order that you can’t even put words around it, so you sort of pretend it didn’t happen,” Fisher said.

After earning a bachelor’s degree in communications at Southern Illinois University, Fisher worked in the advertising industry for seven years before receiving a master’s degree in clinical psychology. However, Fisher was still searching for her passion.

Fisher found through her work as a counselor that the root of many of her patients’ psychological issues was sexual abuse. She and her family moved Florida, and learned that some of the local children were being sold for sex. Like many Americans, she had previously believed that sex trafficking was a foreign problem.

In 2010, Fisher and colleagues embarked on a mission to combat sex trafficking.

Fisher and her team have a multimedia prevention curriculum that is tailored for kids at different ages, which is featured in public schools, private schools, boys and girls clubs, foster and group homes, and any place that will open its doors. The curriculum aims to educate kids, young adults, teachers, and social workers on how traffickers work, and how to avoid exploitation.

The awareness program involves the organization speaking at different venues and through social media to educate and train the public regarding sex trafficking.

Selah Freedom also offers residential facilities to get survivors off the street and out of the grasp of the traffickers. The residential program offers trauma therapy, medical and legal aid, job placement, life skills, and more.

Fisher has worked with so many girls and young women, and some stories have stuck with her over the years. For instance, she worked with a girl who had been abused starting at age seven. Tragically, she was also raped and abused in foster care. At age 14, she had become pregnant. Ultimately, she gave up her daughter for adoption.

The girl wanted to go to college, but didn’t have any place to live. A friend of hers from foster care told her about a group of men that could help. At first there was a grooming phase where the men treated her nicely.

However, after a short period of time they asked her to dance at a strip club for money to help cover the rent. Before she knew it, she was being sold for sex. At age 18, she tried to take her own life. After her recovery she again found herself with no place to go. Fortunately, she found out about Selah Freedom and called them and became one of the organization’s first residents. She has since reunited with her daughter, and is very involved in her life.

One of the organization’s recent, largest successes occurred in Atlanta, Florida before this year’s past Super Bowl. As a result of collaboration with survivors and law enforcement, police were able to arrest approximately 400 suspects in two days. It’s more than this one success that makes the work rewarding for Fisher. It’s about the survivors.

“Watching them fully understand who they are and how powerful they are is pretty dynamic,” Fisher said.