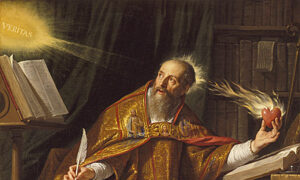 Exposing Vice to the Loving Light of Truth
0

Your Whole Life and Tradition Section Is a Joy
0 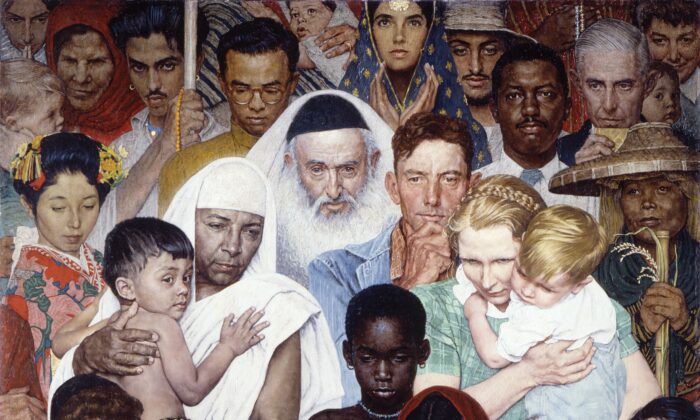 Recent events concerning the death of George Floyd have unleashed anger across the United States. Peaceful protests are being conducted, but unfortunately, these are often overshadowed by the looting and rioting of a few instigators.

Everyone is expressing their anger: either at George Floyd’s death, racism, the protests, or the looting and rioting. I’m of the opinion that, irrespective of race, we become what we practice. I’m left asking a potentially unanswerable question: “What are we practicing, and where will it lead us?”

I was recently reminded by Norman Rockwell’s painting “Golden Rule” that, despite our differences, we have a lot in common with each other. Norman Rockwell was a 20th-century American painter and illustrator, who for 47 years painted 321 covers for The Saturday Evening Post. He, in pursuit of freedom and truth, depicted the honest nuance of American life during his time.

Race relations became tense in the mid-20th century in the United States, and Rockwell wanted to complete paintings about this issue. The Saturday Evening Post, however, had a strict policy that limited what he could paint to mostly white people, a policy that eventually caused Rockwell to leave his position at the Post for one at Look magazine.

Before he left, however, The Saturday Evening Post did begin to relax its stance on the depictions of races other than white people. One of the first multiracial images to grace the cover of the Post was Rockwell’s “Golden Rule,” painted and published in 1961.

A Rule in Common

In the “Golden Rule,” Rockwell did his best to represent as many different ethnicities and cultures as possible. In 1955, he traveled around the world and took pictures of many different people engaging in the traditional aspects of their cultures.

He also began to read about the belief systems of different cultures and found that the golden rule was something familiar to many of them:

“I’d been reading up on comparative religion. The thing is that all major religions have the Golden Rule in Common. ‘Do unto others as you would have them do unto you.’ Not always the same words but the same meaning,” according to the Norman Rockwell Museum website.

Rockwell took the information he gathered from his research, along with the pictures he took of people and cultures around the world, and decided to use it as inspiration for “Golden Rule.” “He picked up a few costumes and devised some from ordinary objects in his studio, such as a lampshade as a fez. Many of Rockwell’s models were local exchange students and visitors,” the website states.

Shortly after revealing the painting, Rockwell talked about the people he used as models: “[The man in the upper right corner is] part Brazilian, part Hungarian, I think. Then there is Choi, a Korean. He’s a student at Ohio State University. Here is a Japanese student at Bennington College and here is a Jewish student. He was taking summer school courses at the Indian Hill Museum School… [The rabbi is] the retired postmaster of Stockbridge. He made a pretty good rabbi, in real life, a devout Catholic. I got all my Middle East faces from Abdalla who runs the Elm Street market, just one block from my house.”

Rockwell was inspired to depict as many different representations of people as possible. He found, in his community, people of all races and backgrounds and united them under a statement that has served as a cornerstone for compassion: “Do unto others as you would have them do unto you.” He not only represented this idea, but, in representing it, he also practiced it.

The Practice of Kindness

Seeing all of these beautiful figures of different ethnicities and backgrounds painted with respect and united by a statement encouraging compassion stirs within me a joyful solace. It also makes me consider the Confucian saying, “Don’t do unto others what you don’t want done unto you.”

Here, we have what I’ll call both active and nonactive kindness. As human beings, we want respect, and we don’t want disrespect. We all want to be respected and heard despite our differences. We also don’t want ourselves or our families disrespected because of perceived differences. Where is freedom when difference is absent and/or suppressed?

As a black, representational artist, I have to consider color daily. I’m a black person with a lighter complexion, and I’ve lived in a liminal space where my lightness brings my blackness into question, but I’m never considered light enough to be white. The absence of clearly belonging to one race or the other, initially agonizing, resulted in my trying to live by a creed of personal authenticity for which I am now grateful.

The consideration of color in my art is also the process of my trying for harmony among the colors I choose, a harmony I want extended through the colors that make up the human race, an assemblage of lights and darks of muted orange—the paint color that is the basis of all flesh tones.

For me, Rockwell’s painting serves as not only a call to action, a directive, but also a reminder of what we deeply desire irrespective of our differences: kindness. What else is there to practice other than what we wish for ourselves?