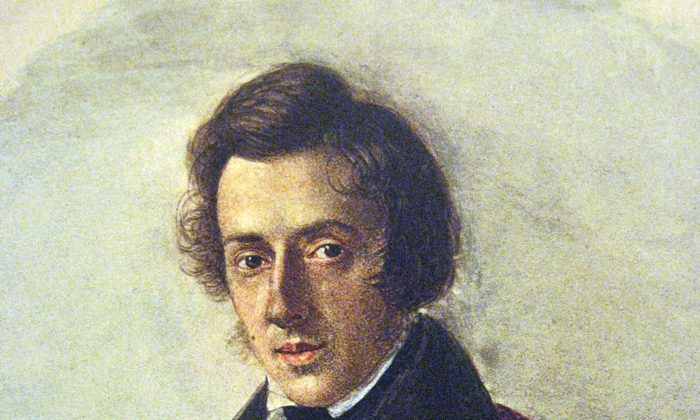 WARSAW, Poland—Poland’s culture institute in France says it believes a previously unknown photograph of Polish composer and pianist Frederic Chopin has probably been found by private researchers. If so, it would be only the second confirmed photographic image of him.

The Polish Institute in Paris said on its website a photo of a daguerreotype image was found by Swiss physicist Alain Kohler, who cooperated with music journalist Gilles Bencimon of Radio France Internationale.

Kohler told The Associated Press Thursday by phone that he found it in the private collection of a musician in Switzerland. He said the daguerreotype was made around 1847 by Paris-based artist Louis-Auguste Bisson, who took the only confirmed photo of Chopin.

Kohler said the original daguerreotype needs to be found to allow experts to confirm whether it is an image of Chopin.

The black-and-white photo shows a distinctive nose, full mouth and thin face which is consistent with the only previously confirmed photograph of Chopin, taken by Bisson. The background also seems alike.

The piano master was born to a Polish mother and a French father in 1810 in Zelazowa Wola, in central Poland. At the age of 19 he left Warsaw for Vienna and then for Paris, where he composed, gave concerts and taught. He died in 1849 in Paris.

He is famous for his piano music, largely inspired by Poland’s traditional and folk dances and tunes, such as mazurkas or polonaises.

A Chopin music competition promoting young virtuosos is held in Warsaw every five years, the next one in 2020.