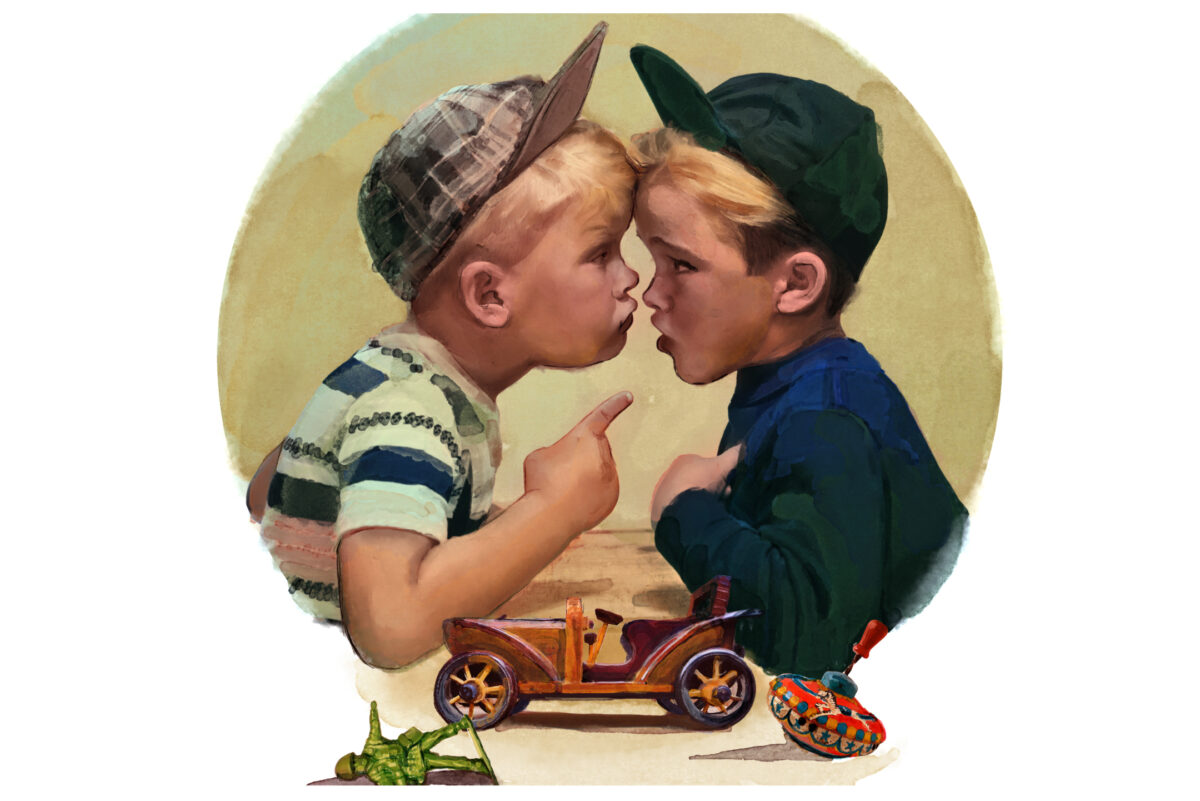 A Proverb to Live By: ‘Don’t Let the Sun Go Down on Your Anger’

“Don’t let the sun go down on your anger” is something I first heard in the original “Little House on the Prairie” television series. Little did I know at the time that this proverb has thousands of years of history and is backed up by science.

The Ingalls family, whose lives as early American pioneers were chronicled in Laura Ingalls Wilder’s beloved books, tried to live their lives as good, God-fearing people. (Somehow, as I write this, I’m struck that while this was depicted in the—very mainstream—TV show in the ’70s about their lives, it seems to be, sadly, something that mainstream series just wouldn’t do these days. But that’s a topic for another day.)

That being the case, the TV series about them modeled a lot of good child-rearing. “Ma” Ingalls, as the mother of the family was called, told her kids when they quarreled, “Do not let the sun go down on your anger.”

You may know that this phrase comes from the Bible, in the Apostle Paul’s letter to the church at Ephesus, i.e. the Book of Ephesians (4:26). The full sentence is as follows: “Be ye angry, and sin not: let not the sun go down upon your wrath.”

This has been with us for about two millennia, as it was probably written during Paul’s first imprisonment in Rome (A.D. 60–62). (While we’re here, I’d like to make a plug for a very fine film about Paul’s life, if you haven’t seen it already. It’s from 2018 and called “Paul, Apostle of Christ.” It makes the early days of Christianity so real and relevant, and allows one to put into historical perspective—and picture, and relate to—the persecution that many communities of faith, such as those under communist China, still experience today.)

And now back to the early pioneer days of South Dakota.

When Ma Ingalls cited this proverb, or passage, she of course intended to have her kids make up as quickly as possible so that tomorrow could be a new day. We know that burdens, whether they be grudges or negative thoughts of any kind, do weigh us down. And sometimes, you can even see this in people without their having to say anything. As these certainly aren’t good for the soul, how could they not be a burden on the body as well?

In fact, they really are. Some fascinating studies have looked at the importance of one’s mindset in relation to sleep quality. One published in the peer-reviewed journal Behavioral Medicine in 2019 looked at the sleep quality of 3,500 young and middle-aged adults, and found that optimistic people sleep better and longer.

We know that positive thinking can help decrease cortisol and increase serotonin in the brain, allowing the body to be calmer and more relaxed.

If you think about it, this all really makes sense. For example, if you’re in a reactive mindset and not “letting go,” it’s harder for your body not to react to stimuli during the night, and for it to “trust” enough to let itself sleep.

But this is certainly just one small side benefit of the wisdom contained in this proverb. On top of that, the sooner we can make amends, the sooner our relationships heal, and the better our families and communities are.

It’s helpful, then, to reflect on any burdens we may be carrying—any resentment, even if not anger. Doesn’t the thought of letting that go feel good? When many people think of such things, they realize that sometimes they’ve carried burdens not only into a new day, but even into a new year or decade. Perhaps we can trust more that there are reasons for things, that challenges truly are opportunities for growth, and that often the hardest times are the ones that lead to the greatest changes.

And if we can think this way, we will be modeling really healthy behavior for our kids. We could genuinely say to them, “Don’t let the sun set on your anger,” and they would see us doing it, too.

I’ll share a poem that some have chosen to memorize—a wonderful reflection:

Words are things of little cost,
Quickly spoken, quickly lost;
We forget them, but they stand
Witnesses at God’s right hand,
And their testimony bear
For us, or against us, there.

Oh, how words often ours have been
Idle words, and words of sin;
Words of anger, scorn, and pride,
Or desire our faults to hide;
Envious tales, or strife unkind,
Leaving bitter thoughts behind.

Grant us, Lord, from day to day,
Strength to watch and grace to pray
May our lips, from sin set free,
Love to speak and sing of thee,
Till in heaven we learn to raise
Hymns of everlasting praise.

So here’s to gratitude, to forgiveness, and to joy!