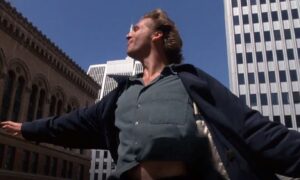 A Passion for Prints

The legacy of William M. Ivins and A. Hyatt Mayor celebrated in Met exhibition
By Kati Vereshaka
biggersmaller
Print

NEW YORK—The title curator has come to be used in many fields—think curators of sweaters, cheeses, ham, and so on—so, inadvertently, the term has gained an elasticity that is not altogether welcomed by the curators at the Metropolitan Museum of Art (Met). Yet the current exhibition The Power of Prints: The Legacy of William M. Ivins and A. Hyatt Mayor celebrates the vision of two of the most productive and visionary curators at the Met, whose qualifications may not cut the mustard by today’s job description standards.

The two men laid the foundation for the Met’s grand collection of prints, and they “shifted the way Americans collect, understand, and study prints,” according to organizer Freyda Spira, associate curator in the Metropolitan Museum’s Department of Drawings and Prints.

William M. Ivins (1881–1961) was trained and worked as a lawyer, and A. Hyatt Mayor (1901–1980) studied literature, wrote poetry, and was an amateur actor. They both came to the field of prints because of the passion they had for works on paper, and the idea of building a collection almost like the library of a great literature professor, according to Spira. The Met’s collection of works on paper is filled not only with masterpieces, but also with works that were created in cultures in the lead-up to those masterpieces so as to give one a view of an entire culture. This is evident as one walks through the exhibition.

There is a lot to take in, in one viewing. And just one of the major highlights, like the ambitious collection of Rembrandt’s etchings, will no doubt warrant longer pause for appreciation.

Rembrandt’s genius lies in the ability to leap out across time-space and communicate to his audience in the deepest way one human can with another. The artist’s command of different printmaking techniques is evident in the tonal effects that set the scene for an intimate dialogue with the viewer.

Where nature is the main protagonist, such as in his great etching “The Three Trees,” which is part of the collection, Rembrandt imbues the landscape with poetry and a tangible, painterly softness despite the limitations imposed by the precision of the etched line. Through his experimentation, he evokes the humidity of the air, the passing of a rain shower, and the changing weather.

His numerous self-portraits are testimony to his ceaseless search to portray with uncompromising truth that which is intangible and realer than the forms by which it is made manifest; namely, the spark of the soul. Through all the costume and character changes, the play between light and dark, the eyes that rip through the fabric of artifice, there is that which is constant and endures, totally unencumbered by the props—the human condition bestowed for a short while.

There are no self-portraits in the exhibition, but the same search yielded his etching of the renowned gold-and silversmith Jan Lutma (circa 1584–1669) surrounded by the tools of his trade and his own creations. To say that it is part of the exhibition is an understatement. It acts like a black hole whose gravitational pull is irresistible.

Ivins observed that this deceptively simple portrait “exemplifies the way in which Rembrandt, the alchemist, could take any ordinary subject and by passing it through the alembic of his mind turn it into matter of great import. Lutma dies and is forgotten, Rembrandt’s transmutation of his soul has immortality.”

But, Rembrandt’s depictions of biblical scenes are where his spiritual and physical preparation come to fruition with awesome power. We get to view not one, but three states in the process of creating “Christ Crucified between the Two Thieves: The Three Crosses.”

Faced with “The Three Crosses,” we stand aghast at the sight of the gut wrenching scene. Sharp vertical lines slice the air that seems to be heaving under the weight of pain and anguish. The air entombs the shining body of Jesus crucified between the two thieves, resigned to his fate as “darkness over all the earth” descends.

Arranged thematically and by technique, the exhibition has four parts. In the first section, the idea of taste is addressed in terms of French, British, and American etchings and how it affected the collecting of etchings by the likes of Rembrandt van Rijn (Dutch, 1609–1669), and Francisco de Goya y Lucientes (Spanish, 1746–1828).

The second section is proof of Ivins’s and Mayor’s keen interest in the Renaissance with etchings by Andrea Mantegna, Albrecht Dürer, Marcantonio Raimondi, and Lucas van Leyden. The two men worked toward amassing a complete collection of Dürer and were just as keen on Raimondi’s works due to the fact that reproductive engravings (for which Raimondi was most well-known) communicated ideas about popular taste at the time, about disseminating, say, the style of Raphael to the wider public.

The wall texts often quote the curators’ notes on the prints. For example in the text for Dürer’s (German, 1471–1528) “Adam and Eve” (1504), Mayor’s view was that in his search for depicting the ideal nude, “though Dürer modeled the flesh with a powdering of dots and flicks of a delicacy never seen before, … the engraving fails to satisfy because he was striving too tensely to achieve his masterpiece. Details steal the show.”

Prints as Tools of Visual Communication

The third part of the exhibition is framed around the idea of prints as visual communication. Both Ivins and Mayor were bibliophiles and as such they started reading the early printed books and discovering the treasures within. The books represent firsts of their kind on various topics such as the evolution of the study of anatomy in the Renaissance, botany, an early book about mathematics, and also the first printed book to use color. There is also the first book of patterns for dressmaking, and a huge volume on the subject of dress codes around the known world.

We also get to behold the precursor to our smartphone’s currency converter apps—the first pocketbook illustrated with woodcuts of the world’s coins and their values in Flanders. Published in 1544, it was used by money changers as protection against counterfeits.

The final and most colorful section is testimony to Ivins and Mayor’s interest in mixing high art with popular prints. Here, examples by 19th-century artists whose works entered a truly mass market in the form of lithographs are displayed together with popular prints and ephemera from the late 19th and early 20th centuries.

The exhibition is fittingly vast in scope since it was organized to kick off the museum’s prints department’s centennial celebrations of one of the vastest collections of works on paper in the world.

According to Spira, during their tenure (which lasted 50 years), Ivins and Mayor bought and collected 90 percent of the Met’s current print collection, which is comprised of 1.3 million objects.

She also pointed out that the Met has a study room for prints and drawings that is open to anyone, by appointment, to come in and uncover the treasures by which even the current curators continue to be surprised.