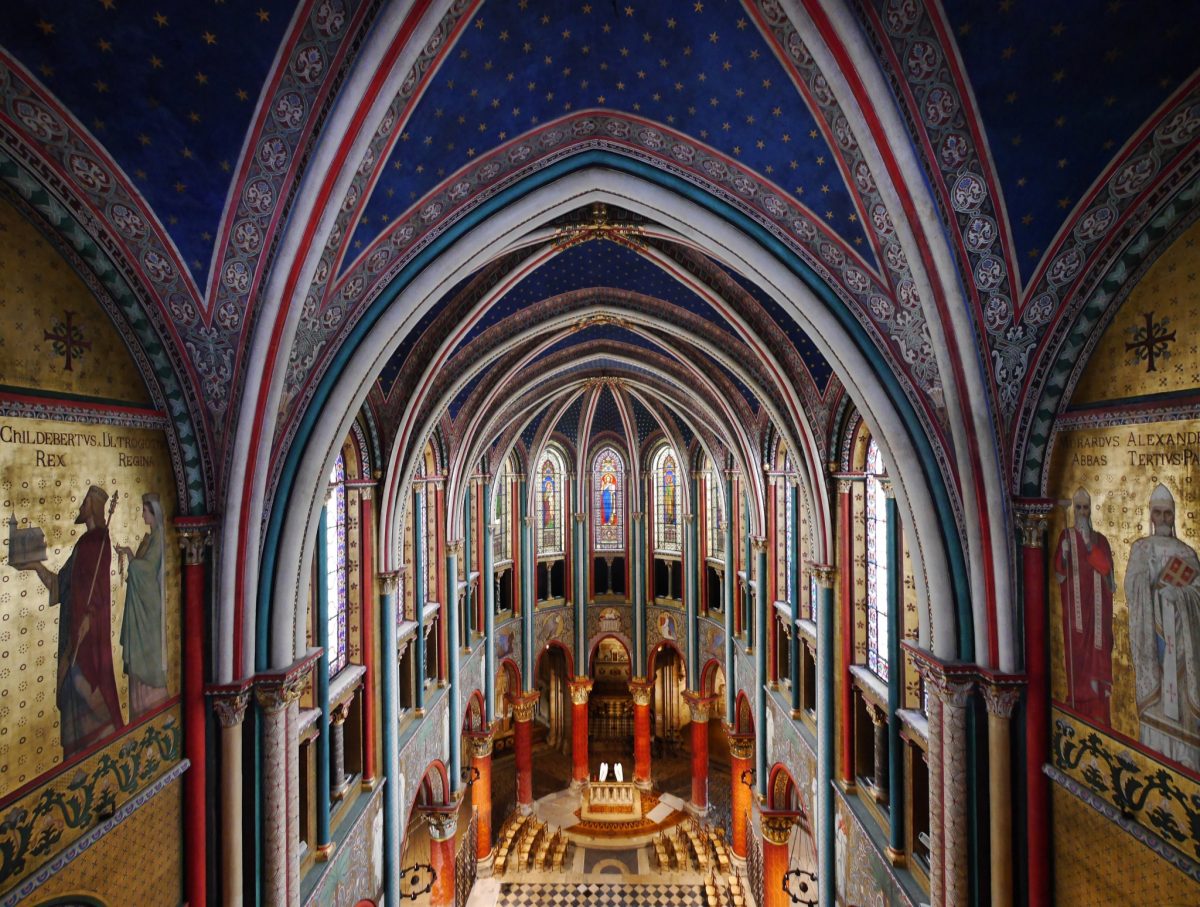 Fourteen centuries have taken its toll on Saint Germain des Prés, the oldest church in Paris. Built in 543, the church has been through a lot. Revered by Christians, attacked by Vikings, and desecrated during the French Revolution, the church has been ruined, rebuilt, and restored more than once.

In the early 1800s, in the aftermath of the French Revolution, the church lay in ruins. The French painter Hippolyte Flandrin was commissioned by the city of Paris to redecorate it. Flandrin’s murals, executed between 1842 and 1864, are the most notable of the church’s 19th-century decorations, according to the American Friends for the Preservation of Saint Germain des Prés.

Flandrin used the encaustic, or hot wax, painting technique invented by the ancient Greeks, whereby wax is melted and then mixed with pigments and resins to the required consistency. Heat is then applied to the surface of the painting to blend any of the marks made by the brush or spatula. The painting’s finish is similar to that of an oil painting.

The church’s architectural highlights are the 11th-century central nave and porch. These are all that remain of the Romanesque basilica built around 1000.

Saint Germain des Prés also has the oldest bell tower in Paris, completed in 1014. The apse and sanctuary completed in 1150, show the Gothic style of architecture with features such as the sanctuary’s three tiers, large arcades, and high windows.

Forty Romanesque capitals sit on top of the columns. Echoing the decorative themes of the paintings with their historical and biblical scenes, the carvings on the capitals also display scenes of monastic life, and plants and animals to inspire and educate the largely illiterate populace of that time.

In order for the beauty of the church to continue to enthrall and educate future generations, a mammoth preservation project has been underway since 2016.

To find out more, including how to donate, visit PreserveSaintGermain.org 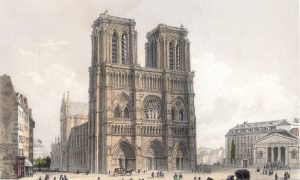 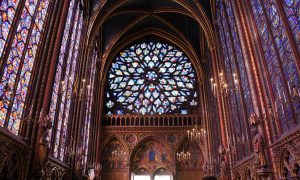 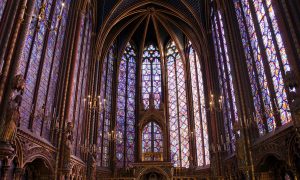 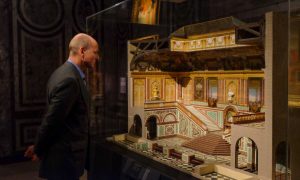