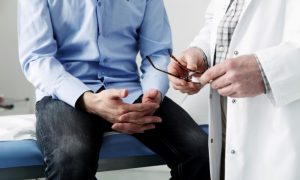 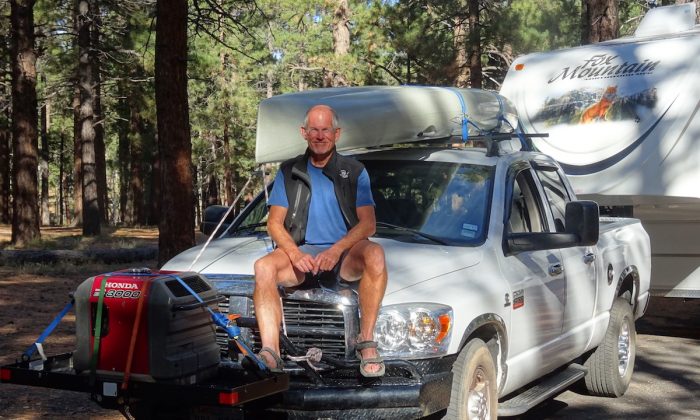 A Nomad’s Fight Against Prostate Cancer

In 2014, Murray Keith Wadsworth was in London when he received some perturbing news: The then 57-year-old had just been diagnosed with prostate cancer.

Wadsworth had underwent a screening when he was 47 in the United States, and the test had come back “undetectable.”

However, a different screening process in London detected the cancer cells in his prostate and he immediately underwent an MRI, an option which had never been mentioned to him in the United States.

“I was stunned, and I immediately learned my cancer had been around for a number of years and missed during the screening because of bad judgment and inadequate diagnostic methods,” Wadsworth told The Epoch Times.

The initial prognosis was that Wadsworth had a bit of time to weigh his treatment options. However, the cancer would likely spread within 10 years if the cancer went untreated.

However, the doctors in London also recommended surgery. Wadsworth had been trying to avoid an operation for a number of reasons. Surgery comes with potential, daunting side effects including incontinence and erectile dysfunction.

Wadsworth ultimately decided to undergo surgery because doctors had informed him that it was the only viable option because of the location of his tumor. He underwent surgery in January 2016.

Unfortunately, the surgery was unsuccessful. Wadsworth spent a year deciding whether or not to undergo radiation therapy because of the potential side effects of incontinence, bowel problems, and erectile dysfunction. A year later, he made the decision to undergo the treatment.

“I framed everything as a trade off. I steered away from all of the fear of side effects, and I said well if I don’t do this what will happen? What would happen is I’d probably die in a few years,” Wadsworth explained.

However, the three months of radiation therapy were also unsuccessful. Wadsworth had to figure out what his next steps would be. He then returned to London where imaging was more advanced.

In January 2018 the doctors in London referred him to doctors in the Netherlands where they had even more advanced imaging techniques. That’s when they discovered the cancer had spread to his lymph nodes.

Wadsworth found a surgeon in Belgium whose specialty was lymph node removal surgery. He underwent the procedure in March 2018. Finally, the surgery was successful as far as they could tell. There was no way to prove the cancer was all gone, but it was undetectable in his blood tests.

“I had gotten a reprieve on my death sentence,” Wadsworth said.

Wadsworth learned a lot about the disease during his treatment. Prostate cancer tends to kill younger men more than older men. He also learned that there are a variety of opinions on what to do, and there are a lot of contradictions on how to treat the disease.

Wadsworth learned that the United States is behind Europe when it comes to diagnostics and imaging. He also discovered the role masculinity plays in prostate cancer and treatment. Men worry a lot about incontinence and impotence, but Wadsworth had a different mindset. He chose life even if it meant consequences.

“You have a choice to make, and I think a man just needs to be a man,” Wadsworth explained.

Fortunately, a year after the surgery Wadsworth wasn’t experiencing the side effects most men fear. Wadsworth discovered that he is pragmatic, and can be confident when he takes his own path. He also learned that he was smarter than he previously thought.

After Wadsworth had been diagnosed in 2014, he sold his IT company and his properties. He figured that if he potentially only had 10 years or so to live that he was going to have fun.

Wadsworth had always loved to travel, bike, camp, hike, and fish. He bought an RV, and embarked on travels throughout the western United States. After each treatment, he went on an adventure for seven months.

Wadsworth is on his fourth session in the RV. The first and second year he traveled to Montana and then back down south. Last year, he was a campground host in Idaho just after his surgery in Belgium. He sold his house in Austin this month, and has embarked on his fourth journey. Right now, he is just outside of Yellow Stone National Park.

Wadsworth is both healthy and happy. He’s grateful that he has the opportunity to do what he loves. He’s also been able to meet a lot of people and make friends.

Managing his RV and learning how to operate it has been fun too. He also enjoys discovering where everything he needs is when he travels to a new place.

Wadsworth has learned a fair share of lessons during his experience in the RV. He better understands what it means to live day to day, and how to maximize his time. He’s also beginning to understand what it means to be grateful, the value of being kind, and appreciating people.

Wadsworth has also always wanted to write, and he began writing during his first year in the RV. He realized he had a story to tell, and wanted to write a story that could help people. He has recently published a book entitled “Prostate Cancer: Sheep or Wolf.”

There are several messages behind the book. Wadsworth hopes that men take charge of their own treatment. He also suggests that men don’t get stuck thinking about the potential side effects, and that life is more important. He also recommends screening and MRIs for prostate cancer.

“What cancer did to me, and twice now, is it interrupts my life. It has given me a clearer appreciation of mortality,” Wadsworth said.