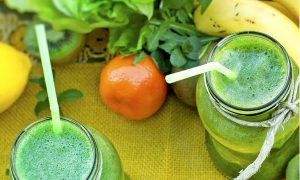 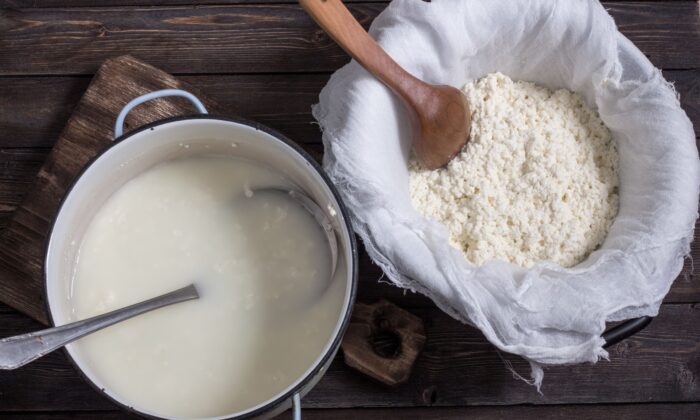 A New Way to Use Whey: Make Caramel Sauce

A farmer friend gave me a box of spinach the other week. It wasn’t long until the novelty wore off. By then I had added the dark green foliage to ramen, salad, omelets, sandwiches, and anywhere else I could think to insert those protein- and calcium-rich leaves.

We finally killed the box with a large batch of saag paneer, in which I steamed and pureed the remaining spinach, along with some mustard greens, and cooked them with sauteed onions, garam masala, and browned chunks of creamy, nutty, salty homemade cheese. When the spinach ran out, I kept making this fluffy, lemony cheese.

It’s easy to make and has a flavor that never gets old, and I feel like I’m only beginning to explore the possibilities of what to do with this cheese. Alas, this exploration has been restricted by a certain step in the process that I can’t stop eating. I just can’t seem to get off my tuffet and quit eating those curds and whey, and it’s cutting into my cheese output.

Making curds and whey is the first step in almost any cheese making process. You heat the milk and add some kind of acidic agent that causes the milk to curdle. It’s similar to what happens if you add both lemon and honey to a cup of tea with milk, but more palatable.

When you stir that acid—in my case, lemon juice—into that hot milk, what had been a homogeneous liquid quickly transforms into a thick, nearly solid curd floating in a bath of clear, watery whey. Typically the curds are filtered out and drained, which makes them more dense. These curds are the foundation of most cheeses, while the whey has uses of its own.

A warm bowl of curds and whey is not a bad thing to eat. It’s a little bit sweet, thanks to the lactose; a little tart, thanks to the curdling agent; and slightly salty, as I add salt with the acid. It’s a bit like eating cereal and milk, because you have two different textures inhabiting the same bowl. You can sweeten it, of course, but you can also turn the meal in a more savory direction. I like to drink off the whey and stir in a bit of olive oil and minced garlic, for example, and a touch more salt.

I filter the curds from the whey by pouring it all through cheesecloth—imagine that, using cheesecloth to make cheese! When the curds and whey are poured through, I tie the corners of the cheesecloth around the wad of curds and hang it above the whey pot, so I can capture the stream of draining whey.

You can try to get a second curdling from your whey. That’s how they make ricotta and other types of “whey cheese.” I’ve been doing something a bit more decadent: slowly cooking down the lemon-tinged whey until it develops into a smooth brown caramel that’s similar in flavor and makeup to dulce de leche.

I then pour this lemony caramel sauce over pieces of drained cheese, which I have fried to a golden hue, a process that somehow makes the cheese taste like the milk leftover from a bowl of Fruit Loops. Together with the caramel sauce, it’s a soft, sweet, and decadent little treat made from nothing but milk, lemon, and salt. And it’s just one of the many whey cool things you can do with curds and whey.

The sauce is a fun touch, but hardly necessary. It adds quite a bit to the cooking time. If you skip the sauce, your cheese is ready within the hour.

For the Caramel Sauce

In a thick-bottomed pot, heat the milk to a boil on medium-high, stirring often to make sure nothing sticks. When it starts to foam as it approaches boiling, turn it off and wait for 10 minutes.

When the milk has cooled that little bit, give it a stir to get it moving in a vortex, and add the lemon/lime juice. The result should be immediate, as the solid white milk breaks apart into cloud-like curds, suspended in the almost clear, watery whey. Let it cool for about 20 minutes, and then pour it through cheesecloth or a nut milk bag and into a pot to collect the whey.

Tie the corners of the cheese cloth (or pull the cinch if using a nut milk bag) and hang it in a place where you can catch the drips. After at least two hours, but as long as overnight, carefully remove the cheese.

To fry the cheese, carefully unwrap it from the cheesecloth and slice it into half-inch slabs or cubes. Fry them slowly in the oil on low-medium heat until browned on at least two sides.

You don’t have to fry it up. Not everyone, after all, appreciates the subtle taste of the milk left over from a bowl of Fruit Loops. You can spread that lemony cheese like whipped cream cheese. You can sweeten it into a bright, rich dessert, or mix it with chives, olive oil, and salt for a savory alternative. As for that whey …

Add the sugar to the whey. On medium heat, simmer the whey until it cooks down to a thick, brown sauce, stirring occasionally to monitor any sticking. Amazingly, it doesn’t seem to want to stick. As the volume gets close to zero, it will begin to foam, turning into more of a bubbling gas than liquid. At this point you can turn it off, at which point the foam will collapse back into a liquid with the look and thickness of caramel.

Pour it over the cheese chunks or dip them into it.