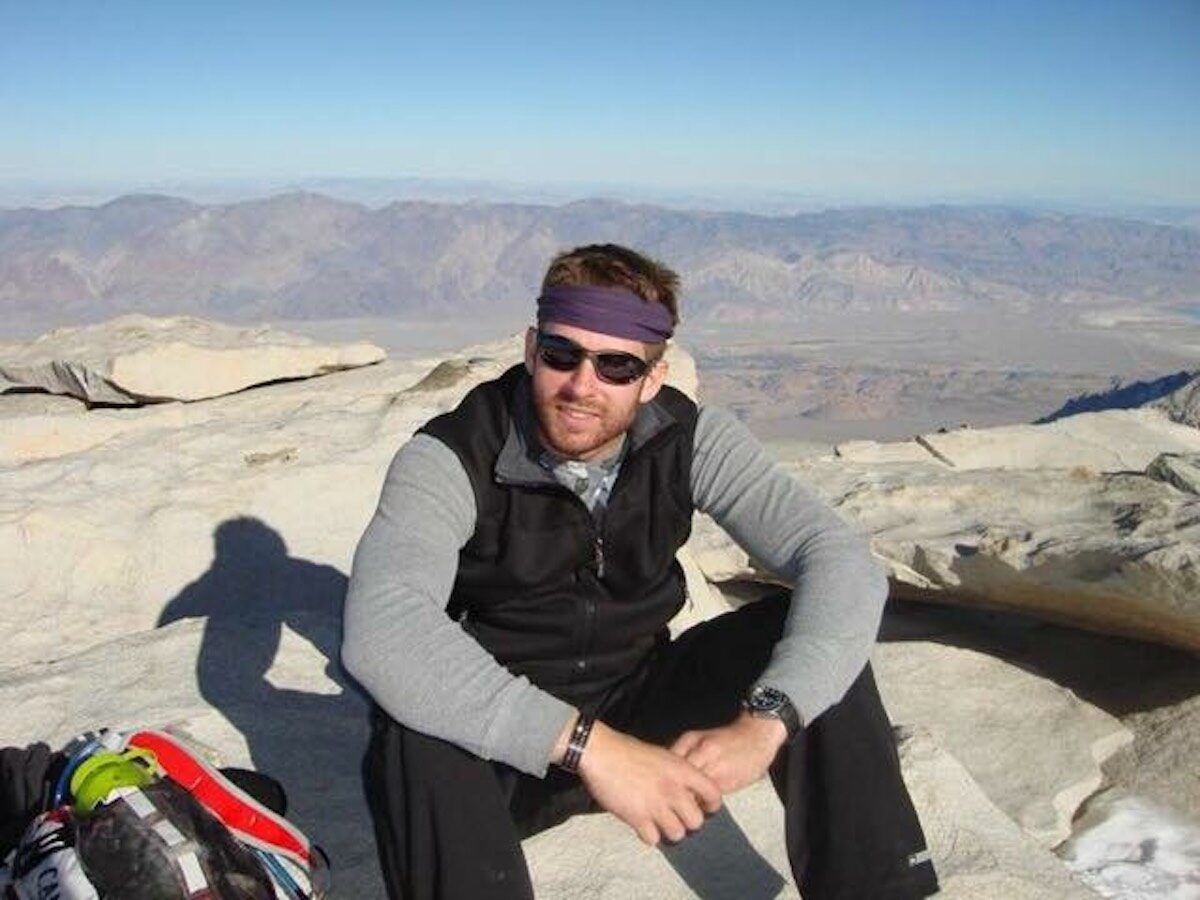 “Birdman.” While Ryan Parrott’s nickname is certainly interesting, the story behind it is quite traumatic. In 2005, the Navy SEAL’s Humvee was hit by a roadside bomb in Iraq. Parrott was in the gunner’s turret, and the explosion sent him flying up into the air.

While he suffered first- and second-degree burns, an encounter with a gravely burned Army Ranger after his service would lead him to become a burn-care advocate for veterans, first responders, civilians, and their families.

Parrott, 36, grew up in Detroit and didn’t do well academically in school. In his junior year of high school, he failed most subjects. He had been taking a class in motivational psychology, and the teacher was a Marine Corps and Vietnam War veteran. One day he told the class that there was only one thing better than the Marine Corps, and that was the U.S. Navy SEALS.

“I was so fascinated by his storytelling, and what these SEALs were capable of. I was so riveted,” Parrott said.

Parrott stayed after class and told his teacher he wanted to become a SEAL. The teacher laughed and asked how he was going to pass one of the toughest tests in the world when he wasn’t even passing the class. But he told Parrott that if he was serious, he would get him some literature on the subject. The next day, a copy of Reader’s Digest with the article “The Making of an American Warrior” appeared on his desk.

On Sept. 11, 2001, he was sitting in class when he watched the second plane hit the World Trade Center. That very day, he went to the Navy recruiting station. He was too young then, but after a couple of months, he enlisted in the Navy. In 2003, he started BUDS training and ultimately became a part of SEAL Team Seven in 2004.

“Now I’m around all these just unbelievably exceptional warriors, especially knowing that the platoon that I joined had just gotten back from combat,” Parrott said. “You already instantly knew that everything coming out of their mouth was from real-world experiences.”

Parrott had an opportunity to travel all over the world and relished in the camaraderie and new experiences.

During his first deployment to Iraq in 2005 when his vehicle was hit by an IED, the explosion sent fire and shrapnel through the Humvee. Having been ejected from the vehicle, he was the least injured. He took some shrapnel and suffered first- and second-degree burns to his face and hands.

But other members of his platoon suffered much more severe shrapnel and burn wounds. Fortunately, everyone survived and Parrott is still in touch with everyone who was in that vehicle. Parrott, meanwhile, would go on two more tours of duty in Iraq in 2007 and 2009.

In 2010, Parrott left the military and moved to Dallas. There he was introduced to another Navy SEAL, who had a security firm. One day at work, a group of veterans came into the office, including an Army Ranger and West Point graduate who had suffered burns from an IED during his deployment to Afghanistan. Parrott asked him how they were treating his wounds. He replied that he had had three dozen surgeries, and that was the best that could be done for him.

What Parrott gathered from that exchange was that he needed help and that advancements in burn care didn’t exist. He went home and researched the subject. After staying up all night, he couldn’t find anything that would help. He said it infuriated him, so he asked the Army Ranger if he would join him if he could find a way to change the situation for burn patients. He said he was all in.

Parrott and his colleagues began going to fire conferences and traveling to different burn units to speak with doctors, nurses, patients, families, and social workers to find out where the voids in burn care existed and how they could help them fill those voids.

After extensive research, Parrott started his own charity called Sons of the Flag in 2011, which officially became a registered nonprofit in 2012. The organization addresses the gaps in burn care for veterans, first responders, and civilians. Now, Sons of the Flag has 28 team leaders in 28 states and works with 14 different burn units nationally.

Sons of the Flag has two primary programs: The Fellowship Program and Mission Reconstruct Freedom.

The fellowship program motivates and engages young doctors to become burn surgeons. According to the American Burn Association, there are 480,000 people burned in the United States every year. However, there are only 300 burn reconstruction surgeons in the country. In addition, there isn’t a burn unit in every city, nor is there even a burn unit in every state. The organization provides scholarships for young surgeons to become fellows who undergo a year of training under a burn surgeon, and then becomes burn surgeons themselves. They also participate in research and development.

“Add new doctors to the mix. Each doctor is going to help thousands of patients in their lives, so that’s ensuring the future,” Parrott said.

Mission Reconstruct Freedom focuses on the patient. During the initial hospitalization, Sons of the Flag gives families of the patients go-bags that contain essentials such as toiletries, phone chargers, pens and paper, and blankets. After patients are stabilized and leave the hospital, they can develop a number of complications. Sons of the Flag has traveled across the country and partnered with some of the best reconstructive burn surgeons to create a panel to work with these patients.

Patients who send an application through the Sons of the Flag website are contacted by the organization, which then connects the patients with a panel of surgeons via Skype. The panel, based in Tampa, Florida, is under the direction of Dr. Smith and Dr. Pribaz.

After the Skype consultation, the doctors create a course of treatment and Sons of the Flag takes care of all of the logistics to send the patients and a family member to Tampa to undergo surgery at no cost to the patient.

Sons of the Flag has helped more 1,000 burn patients to date.

“Just being a piece of the puzzle is the most rewarding thing,” Parrott said.