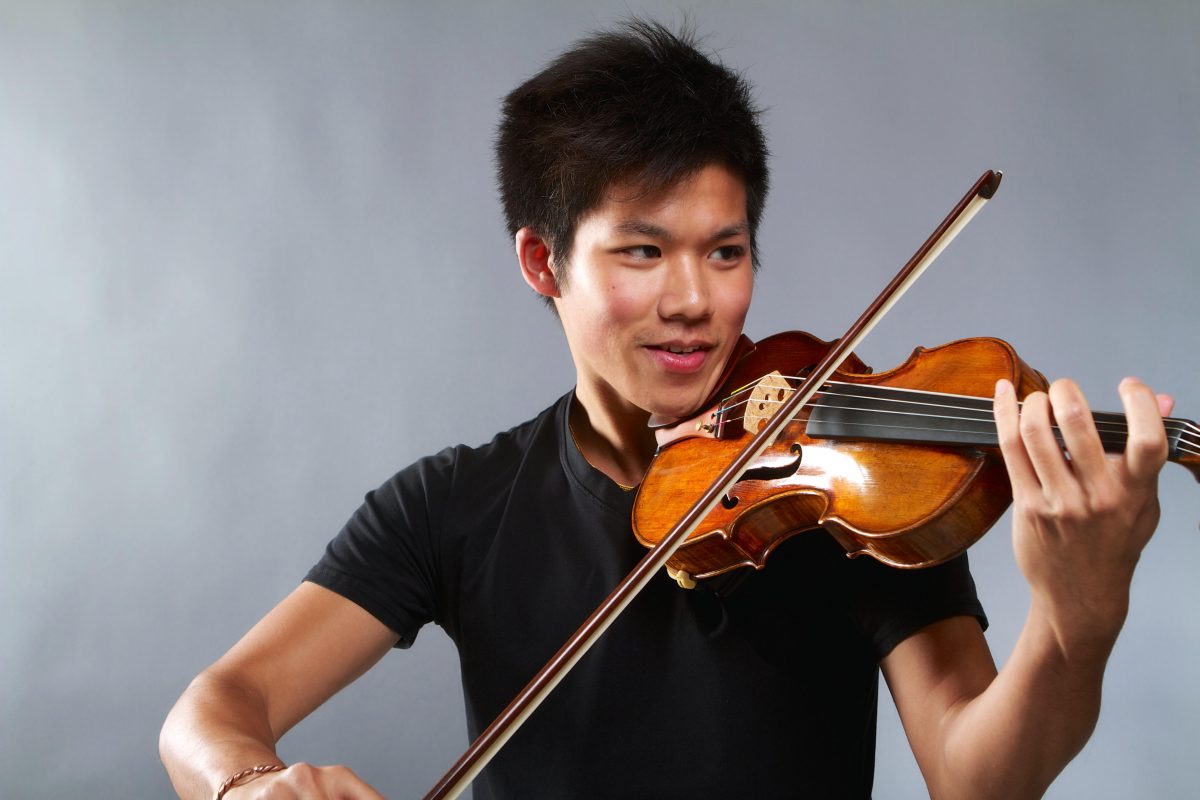 Jonathan Chan of Burnaby, B.C., plays the Dominicus Montagnana violin crafted in 1715 and valued at $900,000. It was once owned by the Italian inventor and radio pioneer Guglielmo Marconi, who was also a violin enthusiast. (Courtesy of Canada Council for the Arts)
Arts & Culture

Instruments worth millions loaned out every three years
BY Pam McLennan TIMEAugust 5, 2014 PRINT

Imagine having the chance to play a Stradivari violin worth $5 million or a Gagliano cello worth $750,000.

Young Canadian musicians just starting international careers as solo artists or as part of a chamber group have the opportunity to do this through the Musical Instrument Bank (MIB), a program run by the Canada Council for the Arts.

Each instrument is a work of art, sounds magnificently unique, and is highly valued by the musician who gets to use it for the allotted time of three years. The instruments have a history that is diverse, interesting, and spans the globe.

“All of our instruments are very fine so the musicians are always very pleased and honoured to receive them.” says Janet Riedel Pigott, program officer for the prizes section.

All of the stringed instruments were built by the finest luthiers of the time including Stradivari, Gesu, Montagnana, Vuillaume, Tecchler, Guarneri del Gesù, and others. The MIB’s collection currently consists of 6 cellos, 13 violins, and 1 bow, and is valued at $37 million.

The two oldest instruments are both Strads: a violin made in 1689 valued at $5 million, and a cello from 1696 valued at $11 million. They are named Baumgartner and Bonjour respectively after one of their many previous owners.

The Canada Council runs, manages, and promotes the program, which began in 1985, but doesn’t receive government funding. Most of the instruments are loaned by generous donors who want to see them played and appreciated and so permit their instruments to be used through the program.

Some instruments were bequeathed to the program, while others were purchased using donated funds that may also have been bequeathed. Many donors choose to remain anonymous.

George Heinl & Company, a renowned team of luthiers, experts, and antiquarians in Toronto, oversees conservatorship of the instruments, which includes assessing, restoring, and maintaining them. Austrian violin maker George Heinl Sr. established the company in 1926.

“It’s almost a spiritual experience when I’m at my bench working on the instruments. It’s a very tactile, intimate relationship and takes tremendous patience,” he says on the Canada Council’s website.

Each year the borrowers take the instruments to Heinl & Co. for assessment, and repairs and adjustments are made if needed.

Every three years a nationwide competition is held for use of the MIB instruments. The first step for applicants is to fill out a form, where they describe their career aspirations, how the use of one of the instruments could help take their career to the next level, and whether they have a manager.

The aspirants also explain the type of instrument they are currently using, their touring schedule, and add a biography and a sound file of their playing. A jury interviews each finalist and the musicians have to play a specified repertoire to demonstrate artistic merit.

After all this, there is no guarantee that the successful candidates will get their preferred instrument, as the jury ranks candidates—the highest-ranked candidate chooses the instrument they would like to borrow, the second ranked then chooses their instrument, and so on.

The good news is that musicians can borrow from the MIB more than once.

“If a musician applies and succeeds in the competition four times, they can have an instrument for four three-year periods. That could equal twelve years, but every three years they’d have to reapply,” explains Pigott.

“It doesn’t mean that they’d get the same instrument because that depends on how they’re ranked by the jury. And it depends on when they get to choose and if the one they want is still available.”

Does this mean that those closer to the end of the list could be disappointed in the instrument they will get to use? Not so, Pigott says.

“When the musicians choose the instruments they don’t always go for the most monetarily valued instruments—they go for the ones that speak to them the best. So it’s not always the really high-end Strads or the really expensive ones that are chosen.”

For a complete list plus the history of each instrument and more information about the MIB program, visit: http://instrumentbank.canadacouncil.ca