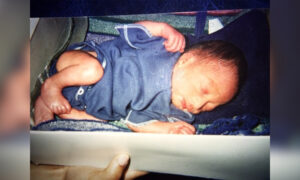 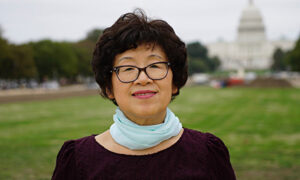 During his childhood in Haifa, Israel, master illusionist Vitaly Beckman used to lock himself in a room where he would come up with ideas to create an entertaining form of magic. Today, he is known as one of the most innovative illusionists in the world, and he recently thrilled audiences in performances of “Vitaly: An Evening of Wonders,” at the 200-seat Westside Theater in New York.

The show, an interactive theatrical experience, takes audience members into a magical journey, lifting their spirits.

The talented 36-year-old, currently living in Vancouver, explained that an illusionist can make the impossible seem possible even while telling you what they’re doing is not real, whereas a magician will cover up their acts.

“You can blur the lines between what’s reality and what’s not,” he told the Epoch Times. “The audiences cannot tell the difference, if it’s done well. So you’re immersing everybody in this wonderful imagination that seems real.”

Born in Belarus, he started practicing the art of magic at the age of 14 at his home in Israel.  To gain the skills to perform, he watched and recorded magicians’ programs on television, including David Copperfield, who did grand scale tricks like making statues and airplanes disappear.

The trickster’s favorite memory was inventing magic tricks with the many items he collected, such as rubber bands and ropes. He would paint and bring pictures to life by creating illusions.

Beckman tested tricks on his loved ones.

“I impressed my family and friends. It created a spark and creativity where I started to come up with different ideas,” he said.

Through trial and error, Beckman repeatedly performed tricks and mastered his magic skills while he watched his audiences’ reactions for cues.  His motivation in impressing audiences set him up to be a well-rounded illusionist.

Beckman builds a great rapport with audiences with his personality and humor.

“I like to make people laugh and make jokes,” Beckman said. “I don’t always want it to be too serious. I want people to have a good time.”

Beckman writes and showcases his materials to performing in theaters, corporate events, and on television and radio shows worldwide.

Not only does Beckman use his charisma, but his tricks truly astound people. He can turn photographs into mini-movies and make audience members see their faces vanish from their own driver’s licenses.

“I started in small illusions where I move people from one photograph to another photograph and I make them disappear and reappear,” he said. “It was such a big mystery from audiences and they loved it so much.”

Beckman loves to see people have a good time as he watches his audiences in awe.

“My favorite experience is always to go on stage and watch the audience whether they’re laughing or smiling,” he said.

He embraces his visions that were once a thought and now have become a reality, suggesting that magic is a creative process.

“Any art form is truly magic,” he said. “Magic is a unique place.”

Beckman wants to have a positive influence in the community and to help bring cheer and excitement to audiences. He ensures his shows are family-friendly in hopes of bringing diversity in viewers.

“I love that I can create magic and ideas,” he said. “I have the privilege of sharing them with the audience, with the world, and getting their feedback, and hopefully they enjoy it.”