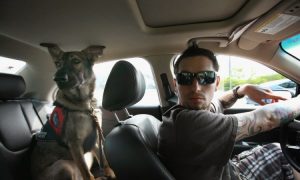 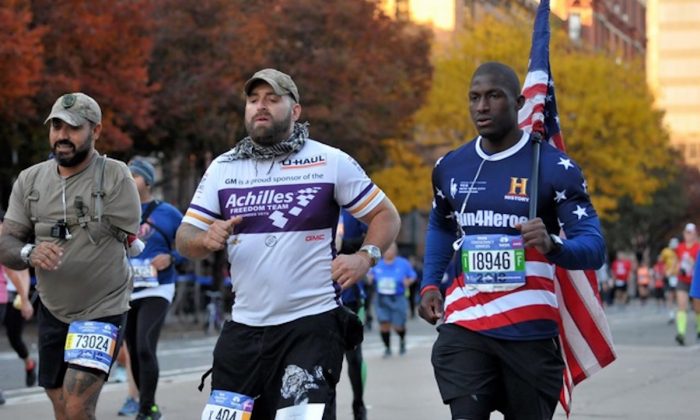 A Marine Corps Veteran Finds Himself and His Passion

People join the military to serve their country, but they also enlist in an effort to find direction, structure, and identity. Marine Corps veteran Kionte Storey grew up in Stockton, California, and joined the Marine Corps when he was 17. He turned 18 while in boot camp.

Storey knew he wanted to travel, and he wanted to discover who he was as a man. Over time, he found out things about himself that he was previously unaware of.

“I found out I had a lot of anger built up, and that’s kind of like another reason why I was infantry, why I was so good at what I was doing, because of just so much aggression,” Storey told The Epoch Times.

Storey loved his job and enjoyed the camaraderie he had with the other Marines in his unit. The relationships he had with his fellow Marines gave him a sense of family and brotherhood.

Storey was deployed to Iraq in 2008 and was subsequently deployed to Afghanistan in February 2010. His mindset going in was realistic; he accepted the fact that he might be killed in action, but also spent a lot of time thinking about how to stay alive.

Storey knew he and his unit were well-trained and well-prepared for their deployment. The beginning of his tour consisted of a lot of foot patrols.

Unfortunately, he was wounded during one of those patrols, on Sept. 7, 2010.

Storey and his unit had received information about a possible ambush and were setting up a counterattack.

They were clearing out a building to set up their counter action, and Storey had a bad feeling. He remembers not drinking a five-hour energy drink because he didn’t want his heart rate to be up—so he wouldn’t bleed out in case something happened.

Storey was a team leader and was with another Marine providing security outside. He repositioned the Marine and walked back into the building to figure out what their next move would be.

Storey took a few steps into the building and stepped on an improvised explosive device. Initially, he didn’t know what had happened. He just knew that he was on the ground.

The explosion knocked the wind out of him, and he tried to push himself against a wall. He attempted to use his feet but found he couldn’t move them.

Storey’s first reaction was to not panic. He tried to calm himself and allowed his men to get to him. His ears were ringing, and everything he saw was gray and hazy.

The Marines called in a helicopter, and he lost consciousness on the flight to the hospital. When he woke up, he realized he was missing his right leg. He then called his mother to let her know he was alive.

Three days later, he was at a hospital in Bethesda, Maryland. After his stay there, he was transported to a hospital in San Diego for recovery and rehabilitation.

Rehabilitation was painful, particularly when he started to walk again. However, it was the psychological adversity he faced that was the greater battle.

“I was depressed, I was mad, I was sad, I was bitter. I was all these other different things,” Storey said.

Storey put on a brave face and tried to act happy, because he thought he was supposed to hide the sadness and confusion he was feeling.

“It just didn’t make sense. Why I am I alive, and why are my friends dead when I’d rather be dead and my friends be alive. That’s exactly how I felt,” Storey explained.

He tried to alleviate his psychological state by playing video games, and also by abusing his pain medication.

Storey reached a point where he realized he didn’t want to escape his troubles through drugs. He quit cold turkey, and also got a Siberian husky service dog he named Koja to help him psychologically.

He thought about what he wanted to do with his life and knew he wanted to travel. He also wanted to feel that sense of brotherhood again.

Storey started participating in Paralympic camps and began running track. He was able to be physically active, he had the opportunity to travel, and he found a sense of camaraderie again with other wounded veterans.

Storey also discovered a profound desire to help people and wanted to show other veterans in the hospital that there was still so much more to life.

He had been running on his everyday prosthesis when a Paralympic committee member noticed his talent. She told him he had potential to thrive in the sport, and to get a running prosthesis.

Ultimately, he would compete in the National Paralympic Games. He’s also run in both the Marine Corps Marathon and the New York City Marathon.

While Storey was in rehabilitation and had just started running track, a fellow Marine and amputee approached him and asked if he would be interested in mountaineering. He had just finished climbing Mt. Kilimanjaro.

Storey started training and ended up enjoying the environment of being disconnected from his phone and the world. He found that climbing gave him the space to reflect and decompress without interruption.

In January 2013, he successfully summited Mt. Vinson in Antarctica. It was a tough climb, and he had considered turning back. However, he thought about his fellow Marines who had passed away, and the memory of them pushed him to the top.

Reaching the peak was an emotional moment for him. It was an enlightening moment that made him realize he could do anything he set his mind to.

“I cried like a baby,” Storey said with a laugh.

Storey has also climbed mountains in Ecuador and has summited Mt. Kilimanjaro in Tanzania. He may return to Ecuador this year with fellow veteran Kirstie Ennis.

Not only has Storey found a passion for mountaineering, but he also wants to start ice climbing. In addition, he is currently studying kinesiology and hopes to become a physical therapist.

“I would love to be able to work with injured, wounded, ill veterans and get them back to being where they want to be,” Storey said.