3 Careers That Help Others On a Daily Basis
0 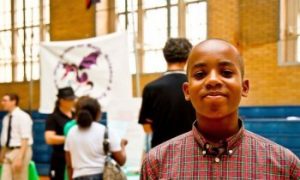 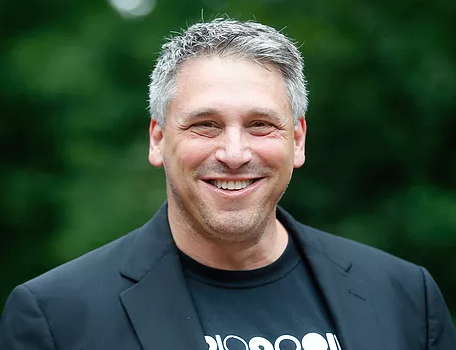 A Life of Learning: One Man’s Journey Through Five Careers

For many people, a traumatic childhood can have a negative effect on their adult lives. Whether it’s abuse or neglect, an adverse experience as a child can lead to alcoholism, drug abuse, incarceration, and worse. JT Kostman experienced the worst of the worst, but was able to free himself from abuse, and went on to work in five different careers, including in the United States Army. Ever since Kostman was a child, he has possessed an incredible ability to adapt.

During his early life, JT Kostman was horrifically abused by both of his parents. In fact, his first memory as a kid is when he was three years old. He had been beaten to the point where he was urinating blood. After he was lit on fire by his parents for the second time, he fled his home at the age of nine.

After he escaped, he found himself living on the streets of New York. He lived in alleys, basements, on the subway, or wherever he could find a place to lay his head. He worked for bookies and loan sharks in order to survive. However, by the time he was a teenager he realized the life he was living wouldn’t last forever. One of the men he worked for, Primo, gave him some sage advice.

“On my 16th birthday it occurred to me that all my friends were either dead or in prison, and Primo sat me down and he told me ‘If you stay in New York there’s no way you’ll live to 21 free and out of prison,'” Kostman said.

Primo gave Kostman a ride to Interstate 80 by the George Washington Bridge. He got out of the car, put his thumb in the air, and headed west.

Kostman had read a story about Big Sur, California, in Sunset Magazine, and was determined to make the journey there. After four months of hitchhiking, he made it all the way to Las Vegas. By this point, he was finished traveling and decided to stay there. Kostman worked as a busboy, in construction, and enrolled in the Southern Nevada Vocational Technical Center, where he learned to work with computers and how to code.

While Kostman was also working as a dishwasher and a busboy, he severely broke his arm one night on the job. As a result of his injuries, he couldn’t continue to work in construction and he couldn’t work on computers. He enrolled in two courses at the local community college and took a psychology class and an EMT course.

After he completed his EMT course, he started working for the local ambulance service as a wheelchair transport driver before he could become a paramedic. However, he would do ride-alongs with a paramedic named Jay Levinson who would become his mentor. One day when Kostman arrived at work, Levinson told him to get up front in his ambulance.

Three minutes later they arrived at the MGM Grand Hotel, which was on fire. At the time, it was the largest fire in American history. They treated over 300 people that day, and the city of Las Vegas sent him to paramedic school. At age 19, he became Levinson’s partner.

“As a paramedic, what I really learned was the extraordinary resilience and fragility of life,” Kostman said.

After six years on the job, Kostman moved back to New York and worked as a paramedic before he would move on to another career. He was in a bar one night and got into a conversation with some commercial deep-sea divers. They told him that there was a new law that required a medic on all dive rigs, and Kostman was intrigued. After eight months of training, he became a deep-sea commercial diver and medic.

Kostman enjoyed his job because he was working to solve problems. He learned how to paint and lay cement underwater. In addition, he performed rescues for his colleagues in need.

“You’re in extraordinarily dangerous circumstances. The joke was divers work well under pressure,” Kostman said with a chuckle. “It was a different kind of a thing, and it was also being wholly, absolutely, and completely reliant on someone else.”

After working as a deep-sea diver for five years, Kostman moved back to Nevada. He took a trip to Reno, Nevada and fell in love with the city. He started to work as a paramedic once again and was working 24-hour shifts. One evening he went to a Halloween party with his colleagues to blow off some steam and ended up meeting the woman who he instantly knew he would marry (the two have now been married for 35 years). A year into their marriage, the ambulance company in Reno shut down.

“I didn’t have a job. Here I was, newly married, without a job. What do I do?” Kostman recalled thinking.

Kostman discovered that Lake Tahoe was recruiting police officers, and wanted to see if he could become one. He was interested in higher education, wanted to pursue forensic psychology, and thought becoming a police officer would be a good route toward that goal. During his job as a police officer, he learned the meaning of service.

“This notion that we were truly there to protect and serve, that’s what our shifts were all about,” Kostman said.

After working as a police officer in Lake Tahoe, he transferred to the Reno police department. He had been commuting from Reno to Lake Tahoe, which was a six-hour drive. Furthermore, the job in Reno allowed for better hours. In addition to protecting and serving the community, he discovered how easily he could have become a criminal.

“Very few people started out early in their life deciding ‘I want to be a criminal'” Kostman said. “I as easily could have been on that side of the bars. It wasn’t because I’m a better person. I just made a right instead of making a left,” Kostman said.

After five years on the job, Kostman enlisted in the Army at age 29. His in-law’s neighbor was a recruiter and told him that the Army would send him to interesting places around the world and would pay for his education after he left the service.

“I’d been trying to go to school for years,” Kostman explained. “Here I was now. Two children. Still trying to make my way in college, and the Army offered me an opportunity that I saw as frankly my only real clear path to a future.”

Kostman had a rewarding experience in the military and worked with some of the most exceptional people in his life. He and his colleagues traveled around the world and trained local forces living under oppressive regimes. During his career in the Army, he took away an existential lesson.

“To be a part of something bigger than yourself, and to realize your extraordinary significance and insignificance simultaneously,” Kostman explained.

After six years of service, Kostman was medically discharged from the Army. After years of jumping out of airplanes and landing hard on his feet and carrying a heavy rucksack, the bones in his feet had broken and fused together over time. Having to leave his most rewarding career was devastating.

“I was broken. I couldn’t go back to any of my former jobs either. I couldn’t be a paramedic, a police officer, a diver—none of it. The only job I could get was stocking shelves,” Kostman said.

Kostman still had computer expertise and had employed his skills in his previous careers. He earned his bachelor’s degree in behavioral psychology and went to graduate school where he received his PhD. in psychology.

Kostman also had an interest in mathematics and data science and wanted to discover how the two disciplines intersected with psychology. As a result, Kostman ultimately pursued a career in applied artificial intelligence and cognitive computing.

“It was almost an inevitability. I think these fields pursued me. It was the sort of logical manifestation of all the work I’d ever done,” Kostman said.

Throughout his current career, Kostman has helped track serial killers for the FBI, has worked with the CIA pursuing terrorists, and is the CEO and cofounder of the cyber and data security firm ProtectedBy.AI. Having come so far from such horrible circumstances as a child, Kostman remains humble.

“I just feel very fortunate, very lucky, and I’m always reminded that it could have been otherwise,” Kostman said.