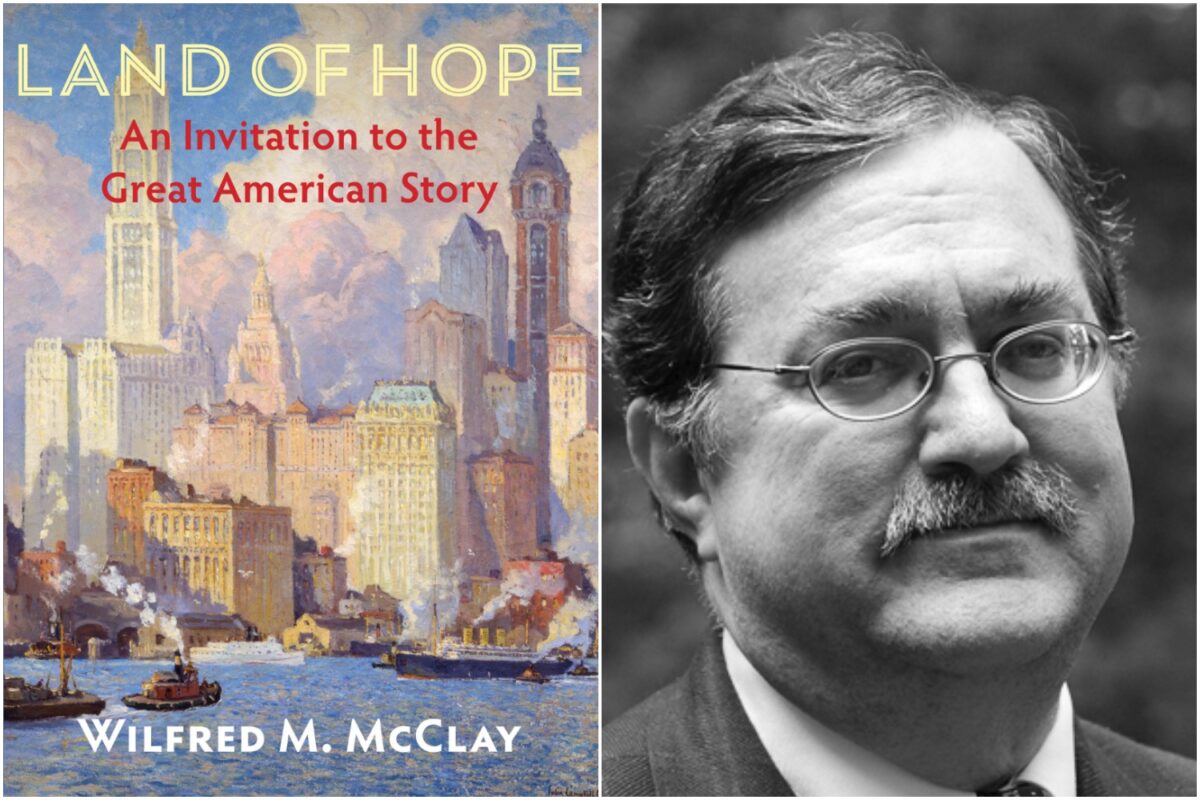 "Land of Hope: An Invitation to the Great American Story" by Wilfred M. McClay. A two-volume young reader's edition will be released in June 2022. (Courtesy of Encounter Books)
Books

It’s no surprise that the public education system continues to lower its standards of learning and has, for all practical purposes, exchanged excellence for mediocrity. It is in the math and science departments where math is somehow racist and biology is a question for children to figure out on their own; meanwhile, English teachers are pressured to edit less and allow students to guess their way through grammar.

The way students denigrate capitalism and uphold the failings of socialism exemplifies what they are learning in economics. And lastly, history class has become a session for fictionalized retellings and a harbor for critical race theoreticians.

Even in conservative districts where public schools are heralded for not promoting Marxist theories across the board, it’s hard to take them seriously. The SAT numbers and the annual statistics from the National Assessment for Educational Progress prove this. If progression is actually digression, then we are turning on all cylinders.

On our Sons of History weekly history podcast, I got the opportunity to discuss the failures of the education system and the worrisome issues within history departments with Dr. Wilfred McClay, the former G.T. and Libby Blankenship chair in the History of Liberty at the University of Oklahoma and the current Victor Davis Hanson chair in Classical History and Western Civilization at Hillsdale College.

After reading his history textbook “Land of Hope: An Invitation to the Great American Story,” I realized that reading a textbook could actually be enjoyable and that learning about American history in its grand scope didn’t have to be a snooze fest.

For decades, students (including myself and my co-host Alan Wakim) have trudged through history class. It was typically poorly assembled in the textbooks and taught in much the same fashion.

Referencing the subhead of his book, McClay stated that “we’ve got some flaws, but all in all, it’s a pretty great story.” And the American story is what he has put forth for teachers and students alike.

When he wrote the book, McClay said he pictured a 17-year-old high school student preparing for the AP History exam. It was to be a work that pulled everything together for the student. Indeed it does, but interestingly, his primary demographic hasn’t been 17-year-olds. In fact, it hasn’t even been students.

“Most of the readers up to now have been—not in schools, but adults,” he said. “Anybody 35 and up. That’s really curious.”

McClay said he believes it comes down to people having a real hunger for a retelling of American history from an authority, but a work that doesn’t demean the country.

“If I have written some type of Valentine to America, I don’t want that,” he said. “I don’t want to sugarcoat it, but the problem with the current textbooks is that there’s no sweetness at all. The central story is not being told, and the parts of it, including the negative parts, that need to be rendered, they’re not being integrated into the whole in a way that makes any sense. So a lot of kids are learning that there are three important things about history: slavery, Indian removal, and Japanese internment camps.”

McClay said that even during his time at the University of Oklahoma, students would be shocked when he would inform them that slavery across human history had typically been the rule rather than the exception.

The reason for this shock may be what McClay suggests has been the focal point of historians. He said that historians over the past 30 to 40 years have been focused on social history. His book, which he admits is a rarity, is from a political history perspective. He said that political, diplomatic, constitutional, and military history have all fallen by the wayside.

In the opening pages of the book, McClay makes it clear that the book is about what it means to be a citizen. McClay wrote the book based on a specific idea: “What does a young person need to know about his or her country and to sally forth into the world and have a sense of what it means to be an American citizen.”

The Purpose of History Teachers

It isn’t difficult to suggest that history teachers have forgotten the purpose behind their teaching history; chances are they were never informed. Teaching history isn’t about telling children what happened in the world. Teaching history is about explaining how the world came to be how it is today, and how, despite our overarching self-righteousness, there is no difference between our humanity and that of decades, centuries, or even millennia prior. We are just as human as those of the Mesopotamian era.

History teachers are in the classroom to help connect the dots from past to present and to ensure when students connect those dots, they don’t leave the classroom feeling a sense of superiority.

McClay suggests that in order to rectify what he deems as a “misallocation of our intellectual energy,” students need to leave the classroom answering the “compared to what?” question.

“To compare America to a perfect paragon—a standard of virtue that is unexcelled, we’re going to fall short,” he said. “But if you compare things like receptivity to immigration, and any other number of standards of just fundamental freedoms, we score very high. Why do so many people want to come here, even now with all of our despicable racism and so on that the world attributes to us? They know better. They know this is the land of hope.”

In many ways, natural-born citizens, even multi-generational citizens, have found themselves on equal footing with some immigrants in their knowledge or lack thereof regarding the nation’s history. In both instances, however, there is an appreciation for the American story, even if it is known only in part. This lack is due in large part to our befallen education system that has continued to downplay the most important aspects of our history, overemphasize the negative, and lower the standards of education as a whole.

Even the ideal reader of this book―the student prepping for the Advanced Placement (AP) exam―is nearing a similar experience, and it’s an indication that mediocrity and a singular focus on social history have permeated everywhere.

The College Board and Social History

Recently, McClay, among many other historians, reviewed the new set of guidelines put forth by the College Board, which administers the AP tests, regarding the AP History exam.

McClay wrote a letter to the College Board on behalf of the National Association of Scholars. Although the College Board never acknowledged the letter, it did move the standards back for the most part. The downside was that the major textbook publishers had already revised their textbooks to fit those standards.

The misconstrued retelling of American history led to the question, what would be the response to it? McClay said that someone suggested writing an alternative textbook. When he was asked if he would write it, he declined, though he eventually relented.

“There’s no reward within the historical profession for doing something like this and I knew I would pay a price professionally,” he said. “Once I got into it, I couldn’t stop because I loved it. So that’s how it happened.”

It is evident in the pages of “Land of Hope” that McClay loved writing the book. It reads seamlessly for a textbook and provides the foundational parts of the country, along with the heroes and villains. Much like the country it’s written about, the book is worthy of its acclaim.

For homeschoolers, private school administrators, and even public school district officials capable of making such decisions, this history textbook is strongly encouraged. Along with the “Land of Hope” textbook, a teacher’s guide and student workbook are also available. A young reader’s version is forthcoming. 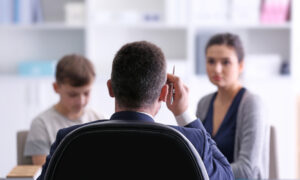 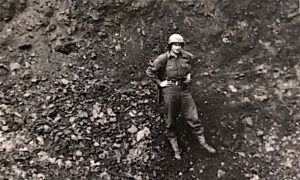 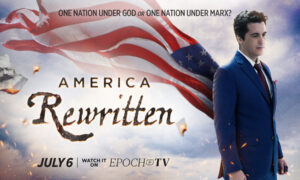 Epoch CinemaBy Dustin Bass
America Rewritten: What the World Would Lose if the US Constitution Was Erased | Exclusive Documentary
12-7-2021
sharecomments 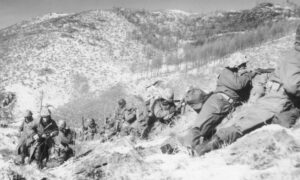