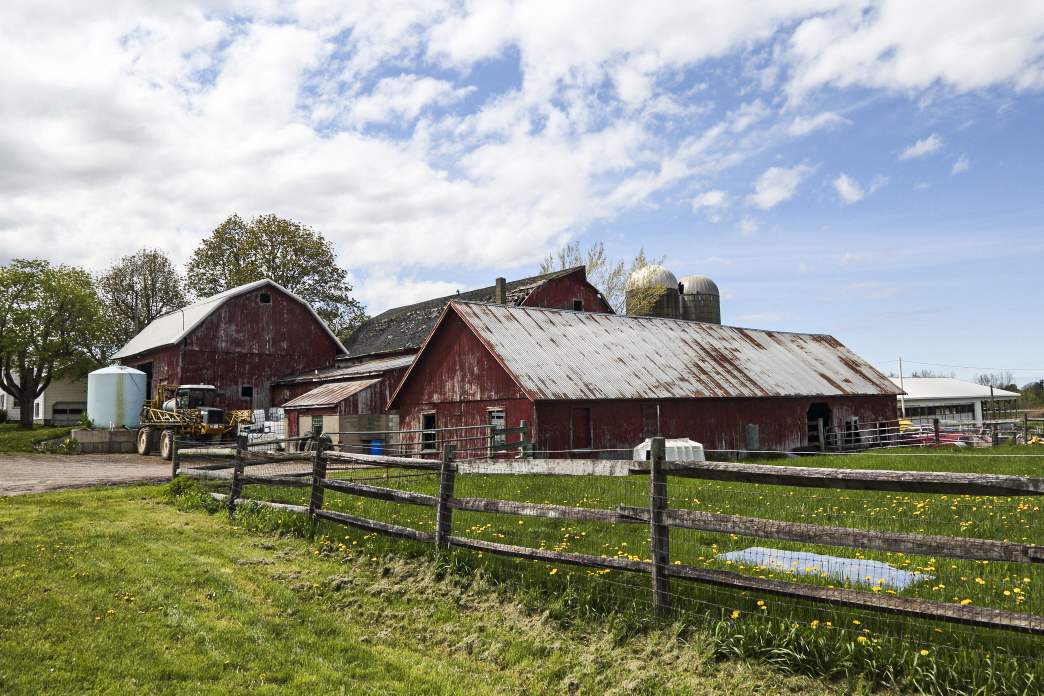 For 219 years, Colby Homestead Farms has continued farming while participating in their community. (Daniel Ulrich for American Essence)
Inspired

Imagine a company that has been around for as long as the U.S. Capitol, is as old as West Point Academy, and is still family-owned and -operated today. There’s such a farm in Spencerport, New York, conducting business 219 years after its founding. In the beginning, it was a small family farm started by several brothers who bravely traveled from Salisbury, Massachusetts, to Western New York, where they purchased land and began clearing that land for a farm.

For 219 years, Colby Homestead Farms has continued farming while living and participating in their community. They cultivated the land decades before the town was founded, and they’ve been contributing to local community, business, government, and faith-based activities for the past two centuries. Addressing the challenges and opportunities of each generation hasn’t always been easy, but from the American Civil War to World War I, the Great Depression, World War II, the Korean War, the Vietnam War, the Gulf War, and the present day, the Colby family has remained active in their community in many ways.

The Colby family can trace their lineage back to a man named Anthony Colby who came to America among the earliest settlers with the Winthrop Fleet in 1630. Sometime later, around 1640, Anthony settled in Salisbury, where he planted his family’s roots. The Colbys remained there for approximately 150 years until they made a difficult and dangerous decision to move west, to what was then an undeveloped part of America. The original family home was donated to the Bartlett Cemetery Association, in 1899, as a memorial to the Colby and Macy families.

Several brothers made the trek to Western New York in the early summer of 1802. While clearing the land they bought, they used the fresh lumber to build a new family home. There was little time for them to rest though, because as soon as they finished building, they rushed back to Salisbury—just in time for Thanksgiving—and had their families pack all their belongings and load up wagons for a perilous journey. The Colbys took off just after the new year. It should be noted that, at the time, there were neither heated interiors nor snow tires—they traveled by horse-drawn carriage.

They raced to Mount Morris, New York, trying to beat the spring so they could cross the Genesee River while it was iced over. Since the route had no bridges back then, had the ice melted, the Colbys would have been stuck until the following winter. They made it across the river and arrived at their new home ahead of the spring planting season. In the early years of the farm, the Colbys focused on increasing the arable land area and building more houses for the brothers and their families. Up until the 1800s, the brothers and their children farmed and did their best to slowly improve the land and grow enough food for their own needs. At this time, the area was also gaining other farmers, and the community started developing into the towns seen today.

In the early 1860s, one brother’s grandson, Oscar Colby, was serving in the Union Army during the American Civil War. While performing his duties, Oscar was wounded—shot in the leg during a battle—but a fellow soldier dragged him from the field, saving his life. Oscar asked the man his name and promised he would name his first son after him. Oscar returned to the farm after the war, with shrapnel remaining in his leg because he hadn’t sought medical attention for the wound. That decision may also have helped him survive; at the time, many soldiers didn’t die from their wounds directly, but rather from infections that took hold after receiving medical treatment.

The Colby family has had its morals and values centered on their faith, family, and community from the very beginning. From being involved in the development of governance at the local, county, and state levels, as towns sprung up around them, they served as justices of the peace and postmasters, among other posts. Through the decades and every generation, the Colby family has volunteered, served, and worked with the community at all levels to improve the lives of those living around them.

The Great Depression and the Dust Bowl of the early 1930s had a massive impact on the family. At that time, the entire American economy was faltering, employment was almost nonexistent, and basic necessities such as food were hard to come by. The Dust Bowl was a phenomenon during which a major drought struck the Great Plains. High winds compounded the situation, causing massive dust storms to sweep across American cities, including Chicago, New York, and St. Louis. Everything was left covered in dust—some of which originated from as far away as Oklahoma, Texas, and even Colorado. During those hard times, the ingenuity and resourcefulness of the Colby family farm helped them grow, as they took their products directly to customers, selling on street corners in nearby larger cities. This method saw the farm prosper during a time when many farmers were losing their livelihoods and moving to cities in hopes of finding work in factories.

Hard times never last but hardworking people do. It was due to the family’s industrious nature that their farm grew and diversified. They grew new crops, took up dairy farming, added chicken coops, modernized certain aspects of their then-over-100-year-old farm, and laid the groundwork for a brighter future.

By the 1970s, the seventh and current head of the farm, Robert Colby, had further expanded and modernized the farm with animal husbandry, new equipment, technologies to improve land management and utilization, more efficient methods of managing the growing dairy operations, and even storage and refrigeration to help preserve certain types of crops.

The Colbys have continued to develop the farm with innovations and improvements, and the future looks bright. Today, a visitor to Colby Homestead Farms might find Fitbit-sporting cows navigating a maze as they make their rounds to the milking robots they’ve been trained to comply with or any number of other new farming techniques aimed at efficiency and higher yields.

Some things are in the experimental phase—while the milking robots complete their tasks on a regular basis, they’re responsible for only a small part of the farm’s entire dairy business for the time being. To begin with, the robotic dairy program monitors cows in the test facility. The cows wear devices similar to Fitbits that monitor certain health vitals and count each cow’s daily number of steps, as sometimes this can be an important indicator of an animal’s health. This data is all fed into a computer and tracked. The cows are taught to run through a series of one-way gates to get to the milking station. The course is more like a maze, and the cows are guided along until they learn the way through—and like any good maze, there’s a prize at the end. Cows earn a slightly sweeter feed for making it through the maze and getting milked. The treat provides an incentive for cows in the program to come and have their milk collected, motivating them to run the course and stay healthy.

One robot is responsible for cleaning, sanitizing, and actually milking the cows. It uses state-of-the-art technology to locate a cow’s udder, sanitize it, position the milking tools, collect milk, and measure the volume gathered from each cow. Afterward, the robot rewards the cow with a sweet treat.

Another robot is similar to a carpet-cleaning machine, except this one pushes cow manure into troughs along the floor; several times a day, the troughs get cleaned, after which the manure is transformed into fertilizer to be used in the fields at a later date. This is a pilot program being evaluated for future use.

Robert is now getting ready to hand the torch to the next generation. In this case, one of the people who’ll be taking over the farm is his daughter Sarah. She has been managing the dairy farm for the past few years while developing her skills in human resources, management, and marketing. Day-to-day, she runs the entire dairy part of the business. She handles most of the hiring and training of employees and is handling more of the paperwork side of things as well.

She’s not alone, as there are also other family members working on the farm. But even as Sarah prepares to take over the farm, she’s also a mother. And while her children are young now, there’s no doubt that the Colby family farm will celebrate its third century as a working farm and business, still being run by the same family eight generations later.

This story was originally published in American Essence magazine. 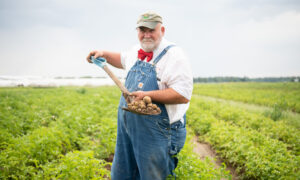 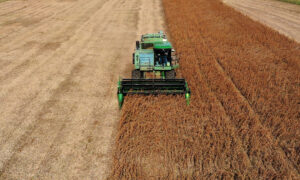 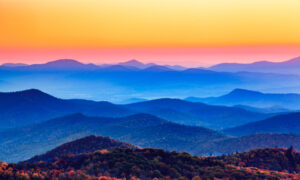