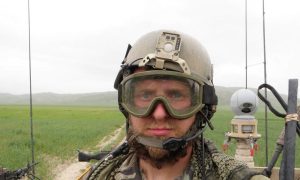 A Green Beret's Near Death Experience
0 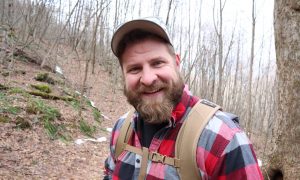 A Green Beret Shares His Story of Service and Healing
0 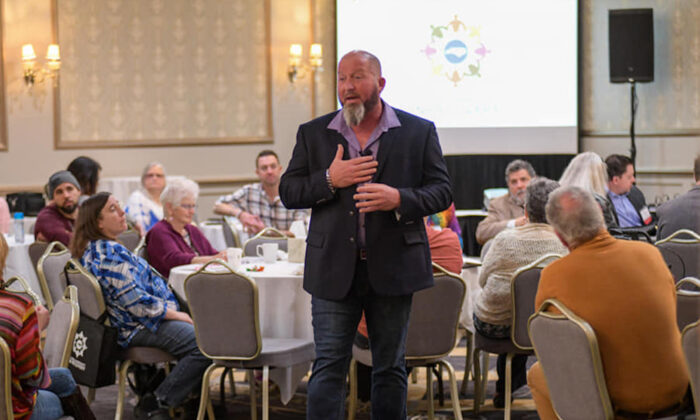 Teddy Lanier speaking at a conference. He struggled with an opioid addiction for 17 years. (Tony Shivers, Still Smiling Photography)
People

A Green Beret’s Battle With Addiction

Teddy Lanier struggled with opioid addiction for 17 years. Now, he's sharing his story to help and inspire others.
By Andrew Thomas
Print

Opioid overdoses kill an average of 130 people daily, and addiction often starts with a legitimate prescription. One Green Beret became hooked to the euphoria that painkillers gave him, and spent 17 years addicted to opioids, alcohol, and other drugs. Now, he’s sharing his story of recovery and hope.

Military culture has been a large part of Teddy Lanier’s family, and many of his family members have served in the armed forces. While growing up, Lanier found himself in trouble every now and again, and lacked a sense of direction.

“Not only did I need something different, but I wanted to leave. I wanted to get out of my hometown and out of North Carolina,” Lanier said.

Lanier served in the Army for 22 years, 12 of which were spent in special forces. Throughout his career, he performed three deployments to Afghanistan and two tours of duty in Iraq. His most rewarding memories include earning his Green Beret and the day his father came to his jump school graduation and pinned his own Airborne wings on Lanier’s chest. What Lanier enjoyed most about special forces was the camaraderie of being on a team with likeminded individuals.

While Lanier was in language school, the Twin Towers fell. “It was literally ‘game on’ from the moment I left language school and got to my team, and just being in that close-knit brotherhood with some of the greatest Americans I ever had the pleasure to work with,” Lanier said.

Lanier was comfortable with doing whatever he had to do to complete the mission and return to his family. However, there was one particular experience where he had to take a life, and he struggled to comprehend the incident. As time went on he couldn’t understand and handle the trauma, and coped by abusing drugs and alcohol.

“Eventually that got to a point where I knew I couldn’t stop,” Lanier recalled.

Lanier’s addiction to opiates began like many. He had ingested prescribed painkillers three times between 1989 and 1999 for injuries, and remembers each instance vividly because of the euphoria he experienced.

After that third experience, Lanier figured out how to manipulate the system to continue to receive a painkiller prescription. He would spend the next 17 years battling severe opioid addiction and abusing numerous other illicit drugs.

His addiction to drugs and alcohol led to marital problems, parenting issues, and financial stress. The addiction destroyed him physically, mentally, and spiritually. Upon retirement, his drug and alcohol use spiraled out of control. He began working as a contractor, but between contracts, he struggled.

Lanier couldn’t handle everyday situations that most people face without drugs and alcohol. He felt like people didn’t understand him and he didn’t understand them. Simple activities like cutting the grass, home repairs, and checking the oil in his car required him to be under the influence.

“I literally did everything under the influence of drugs and alcohol for years,” Lanier said.

In February 2017, Lanier woke up and felt exhausted. He and his colleagues were doing some shooting instruction for special forces students that afternoon, and he couldn’t pull the trigger. For the first time in his life, he couldn’t do his job. He took his gun belt off and asked his colleagues for help.

“I was met with complete support and compassion in an environment where a lot of times guys don’t receive that due to the stigma that’s attached to what I came forward about,” Lanier explained.

Lanier learned about an organization called Warriors Heart, which treats veterans and first responders who are struggling with substance abuse, post-traumatic stress, and mild traumatic brain injuries. He picked up the phone and gave them a call. A friend and fellow special forces soldier named Tom Satterly put him in touch with an individual name Jeff Kolb, who ultimately became his sponsor and financed his treatment. Lanier entered treatment on April 16, 2017. He has been sober since April 20, 2017.

After a week in detox, Lanier pulled up to the gate at Warriors Heart. The first words he heard from the first person who greeted him were: “I’m glad you’re here. Welcome home.”

“For the first time in my life I finally felt like I was welcome,” Lanier said. “That’s not a direct reflection on any of my friends and family, but internally I never felt like I was home for many years.”

Lanier was assigned a substance abuse and trauma counselor. He knew the recovery process was going to be uncomfortable, but he also knew he had to put in the work to achieve sobriety. He had to talk about experiences and emotions he did not want to discuss, and could’ve left at any time. But once he started to learn why he was struggling with addiction he wanted to do more.

Now, Lanier is helping and inspiring others who are struggling with addiction by maintaining his own sobriety and sharing his own story. He participates in group therapy, volunteers at treatment centers, has established a support network, and is now on Warriors Heart Foundation’s board of directors.

“In order for me to keep well, I have to help the next person. It’s not because I’ve been told to do it. It’s because I want to do it. It’s something that I’ve learned to do,” Lanier said.