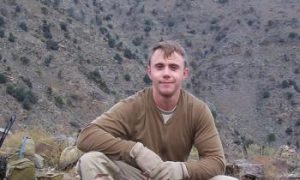 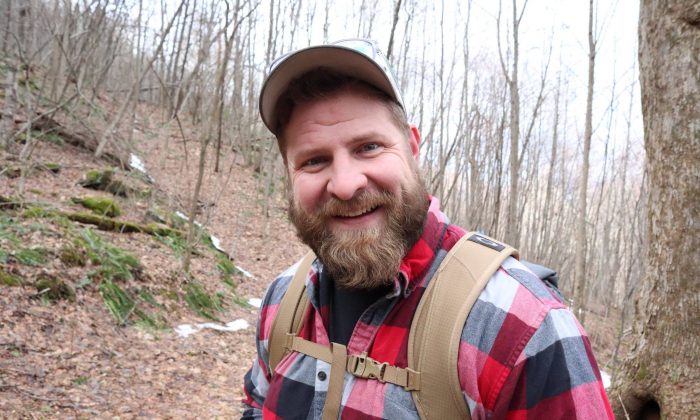 Adam Smith was a Green Beret, and served in the United States Army for 17 years. (Courtesy of Adam Smith)
People

A Green Beret Shares His Story of Service and Healing

The United States Army’s special forces, also known as the Green Berets, are one of the most elite units in the country’s armed forces. This man served as a Green Beret for 17 years and put his life on the line for freedom, but sees those who died and the families of those deployed as the real heroes.

Adam Smith is 36 years old and lives in New Albany, Indiana. Smith joined the United States Army because being in the military was something he had always wanted to do, ever since he was a kid.

“I wanted to join because I wanted to be of service. I wanted to serve the country and I wanted to fight for the freedoms that we get to have in this country,” Smith told The Epoch Times.

At age 17, Smith joined the National Guard in 2000. Between his junior and senior year of high school he completed his basic training. While he was in college at Western Kentucky University, the terrorist attacks of September 11, 2001 happened.

Smith knew he wanted to be a Green Beret, and he had always looked up to them. Smith was deployed to Bosnia in 2002 when he decided to go to special forces selection. He began training during his deployment, and went to pre-selection with the 20th Special Forces group in Chicago, Illinois.

Smith was selected for training, but he tore his groin during the process. He then found out he had an opportunity to deploy to Afghanistan, so he transferred to a different unit. In 2004, he left for his first combat tour in Afghanistan.

His orders were to support embedded team training brigades that were advising and assisting the Afghan forces.

“That was my first real exposure to special operations operationally,” Smith said.

Smith had his first opportunity to see how the Army’s special forces function in a combat zone, and their ability to conduct operations there. He saw first hand why he wanted to become a Green Beret.

Smith returned from his first deployment in 2005, and received orders to go to special forces selection in 2007.

Selection was what Smith described as a “21-day job interview” with three distinct phases. Initially, there is a physical fitness training test, followed by a language test that measures the ability to learn a foreign language.

During selection, no one is told what the passing standard is. Smith and all the other men in selection wouldn’t find out if they had passed until selection was over. Instructions are given on a white board, and instructors refrain from yelling at the men going through selection.

The final phase is called team week. Each team had 16 men. The team would do a ruck march to the first point where they would receive instructions. Smith’s team had to build an apparatus out of poles, nylon webbing, and ammunition crates filled with sand, and move it to another location within a certain time frame.

Their apparatus fell apart, and Smith’s team had to march to the next event.

The very last day of selection, the men did a ruck march. When they reached the end of the march, there was a sign that read “No more running. Conduct foot maintenance.”

The same day, they gathered all the men in one room. The instructors called out names and separated the men into two groups. One group stayed in the room, and the other group was led out.

Smith was in the group that was led out of the room, and he and the others stood in formation. No one said a word as they were called to attention. Then the “Ballad of the Green Beret” was played, and Smith knew he had been selected.

However, even though he had been selected, there would be more job interviews before Smith would ever make it to a team. Even once he made it to a team, he would be under constant scrutiny.

Smith then began the Special Forces Qualification Course. Smith was a communications sergeant, and learned Indonesian. After all of the different job interviews and training, Smith earned his Green Beret in September 2009.

After Smith earned his Green Beret, he was assigned to the Defense Intelligence Agency. Afterward, he was sent to southeast Asia, Central America, and Afghanistan on several deployments.

“That’s what makes the job so enjoyable because every time you go overseas you’re presented with a different consideration,” Smith explained.

During his 17-year career, Smith and his fellow soldiers exhibited courage and sacrifice. During his second deployment to Afghanistan in 2010, he was working as an individual military augmentee with an Operational Detachment Alpha (ODA) that he had trained with in the Special Forces Qualification Course.

Smith and the ODA were at a forward operating base, and heard a huge explosion. They went up onto towers and saw a contractor convoy that had been ambushed. Smith and the entire ODA left the base to see if there was any way they could help.

“I think that right there perfectly demonstrates the mentality of the guys. It would be akin to a firefighter running into a burning building,” Smith explained.

During the same deployment, the ODA had gotten pinned down. One of the members maneuvered to the roof, and exposed himself to fire in order to help the men in his unit. The enemy tossed a grenade onto the roof, blowing him off of it. Fortunately, he survived.

“Men perform heroic actions in the name of protecting their brothers,” Smith explained. “It’s simply taking the actions necessary in order to keep the guys to your left and right alive.”

After Smith separated from the Army in 2016, he struggled to adjust to the civilian world. There was and is a disconnect between the special operations community and the civilian one. Furthermore, he had lost his sense of mission and purpose.

Smith struggled to find work, discovered that he had lost a lot of his identity, and felt isolated. Eventually, the struggle led Smith to drink all of the alcohol in his house one evening. He sat on his couch, and wrote a suicide note. He put a gun in his mouth, but passed out before he could pull the trigger.

In 2012, Veteran Affairs reported that between 18 and 22 veterans a day were committing suicide since 2000. In 2018, Veteran Affairs put out a study that showed an average of 20 veterans were dying by suicide per day.

The next day he got a phone call from a Navy special warfare friend he had planned on getting together with. The friend mentioned they had planned on grabbing a beer, but he also asked if Smith was looking for work.

“He called me and he offered me an opportunity to find a purpose again,” Smith said.

The next week, the two went to Ohio to train law enforcement on updated tactics, techniques, and procedures. When they returned, Smith’s friend paid him twice as much as they had agreed upon.

The friend told him he had been in the same situation, and that he could see it in Smith’s face. He told Smith that the compensation wasn’t just to help him pay the bills, but it was for him and his fiancée to go do something for themselves.

The friend offered Smith a job with his tactical training company, and told him to come back Monday morning if he wanted to. If he didn’t want to, that was okay too. Most importantly, he wanted to make sure Smith got back on his feet.

Smith showed up that Monday.

Smith found work at his friend’s tactical training company and then partnered with him to open a CrossFit gym, which later Smith and his wife bought.

Smith also started his own company called Savage Freedoms in December 2018, which is a business and personal coaching firm. Smith was starting to find his purpose and mission again.

Then, early this year, he received a phone call from Allied Corp., which is a research and development company working on cannabis health treatments for veterans with PTSD and traumatic brain injury.

The company offered him an opportunity to share his story, and help convey the impact that CBD and cannabis has in a holistic method of treatment for those contending with PTSD and traumatic brain injury.

Smith has never been diagnosed with PTSD, but has suffered from some similar symptoms such as nightmares, insomnia, hyper-vigilance, depression, and anxiety.

Those who suffer from PTSD are often prescribed heavy pharmaceuticals such as pain killers, anxiety medication, and sleeping pills.

Unfortunately, these medications add up, only address the symptoms, and can cause problems themselves. According to Smith, the first step is to get people off of the pharmaceuticals.

His personal story and experience with these symptoms led him to his current work as an advisor for Allied Corp.

They are currently working on holistic treatment methods that go beyond just medicating the individual symptoms of PTSD and traumatic brain injury.

For Smith, a combination of meditation, yoga, breathing exercises, physical fitness, a healthy diet, the special forces community, and CBD oil have helped him.

While Smith has dedicated a large part of his life to serving the country and helping other veterans, first responders, and others who have experienced trauma, he emphasizes that he doesn’t see himself as a hero.

For Smith, it’s his friends who have died and the families at home with deployed loved ones who are the real heroes.

“I share my story and my personal experience not as a way to gain recognition, not as a way to find sympathy or empathy,” Smith said. “I share my story because somebody at some point has to stand up and speak very loudly, and be willing to put their life story out there so that we can see some serious changes happen at the national level. I don’t want 22 a day.”