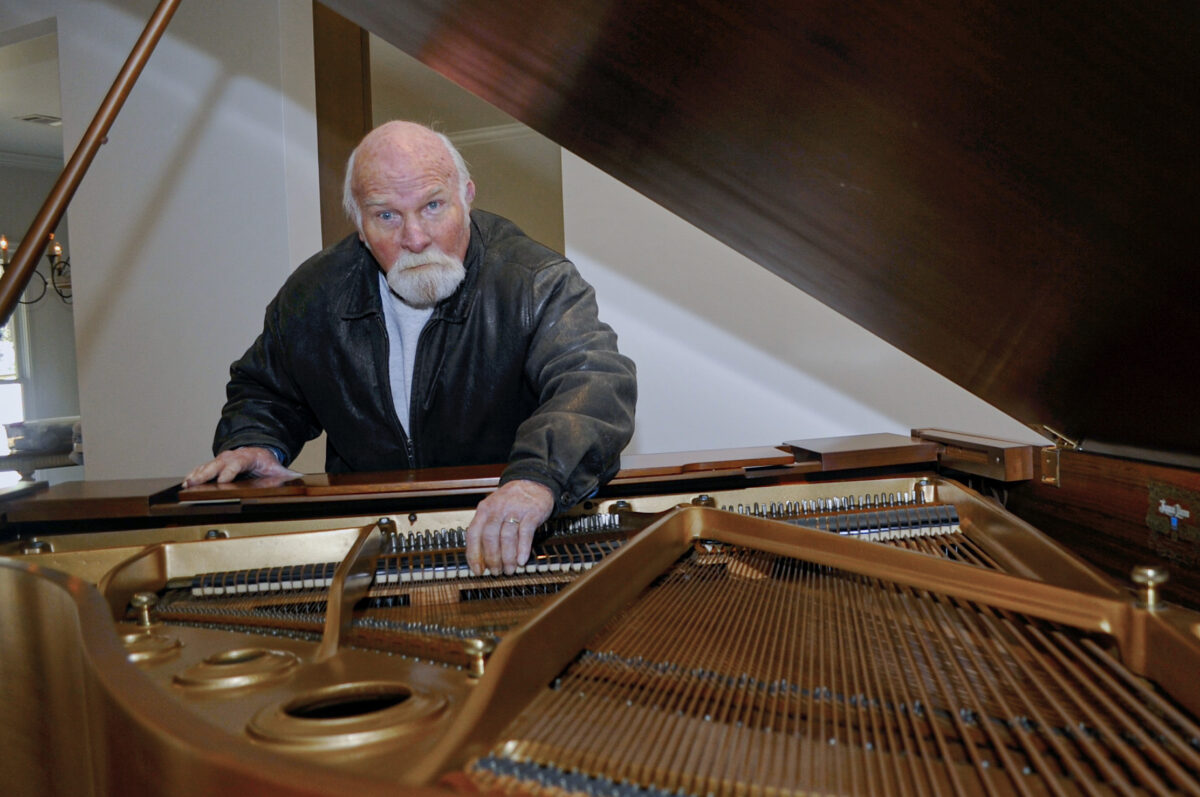 The Adventures of a Drag-Racing Piano Mover in Alabama

It takes quite some skill to move pianos, but Mike Marsh makes it happen for Alabamians
BY Karim Shamsi-Basha TIMEApril 3, 2022 PRINT

Two completely opposite interests, but those two are Mike Marsh’s job and hobby.

Marsh appears more like a drag racer than a piano mover. Moving slowly and with intention, he sports a white mustache-goatee combination, piercing blue eyes, and rough-skinned hands. He speaks with a heavy Southern drawl filled with confidence. All of Marsh looks rough-and-tumble, yet the man moves pianos with the precision and litheness of a butterfly. “I got into this business when I was 15. My dad and uncle were in the piano-moving business, and I helped on the delivery truck. After I majored in music at Jefferson State Community College, I continued moving pianos.”

Piano moving, according to Marsh, is a unique and demanding profession. There is much to know about how to care for the piano. Movers first flip the piano to the side, then take the legs off in a specific order. There is also plenty that can go wrong.

“We do on occasion have a crazy catastrophe. One time in Louisiana, we took the huge grand piano down a wheelchair ramp on the side of the house. When we started, it looked good. Then, a piece of the plywood gave way and the piano flipped to the side. Before I knew what was happening, I found myself flying and landing in the yard. The piano flipped me into the air. My shoulder was sore for weeks, but I survived,” Marsh said. The piano was slightly damaged, but Marsh and his team managed to repair it.

Marsh insists that much more goes according to plan than the crazy stories suggest, but those do keep him and his crew on their feet. “Another time, we needed to move a piano into a condominium building and up to the fifth floor. The piano was too large to go into the elevator or go up the stairs,” Marsh said. “So we brought in a crane that lifted the piano over the entrance and pool, then up to that balcony. We got the crane to swing the piano back and forth towards the balcony until we could bring it in. That was scary. We were all tense until we got that piano inside.”

On another move, Marsh had to take a piano nine flights up the stairs and navigate tight corners. Considering that grand pianos can weigh over 1,000 pounds, that one was exhausting. Despite the occasional craziness, Marsh adores his job.

“I can’t stand being cooped up, and I absolutely love what I do. You meet and know different people, and I visit many new places. From one week to another, I don’t know where I’m going to be,” Marsh said. “We treat every piano like it’s our own. We want the customer happy, and I’m thankful my customers are always happy.”

Marsh thinks he has moved over 10,000 pianos in his career. This past December (a typical month for the business), he moved 32 pianos. He owns four pianos that he rents out—and plays on occasion.

And the drag racing? Marsh admitted that he loses a lot more than he wins, but he will continue drag racing as long as he can drive. “I did win one last year down in Montgomery, and it felt real good,” Marsh said. Then, with a loud chuckle, he added: “I love the people I meet drag racing. I tell you, though—they are different than the people I meet moving pianos. The two groups are the farthest it can get, but I do enjoy knowing both.” So moving pianos does have something in common with drag racing after all.