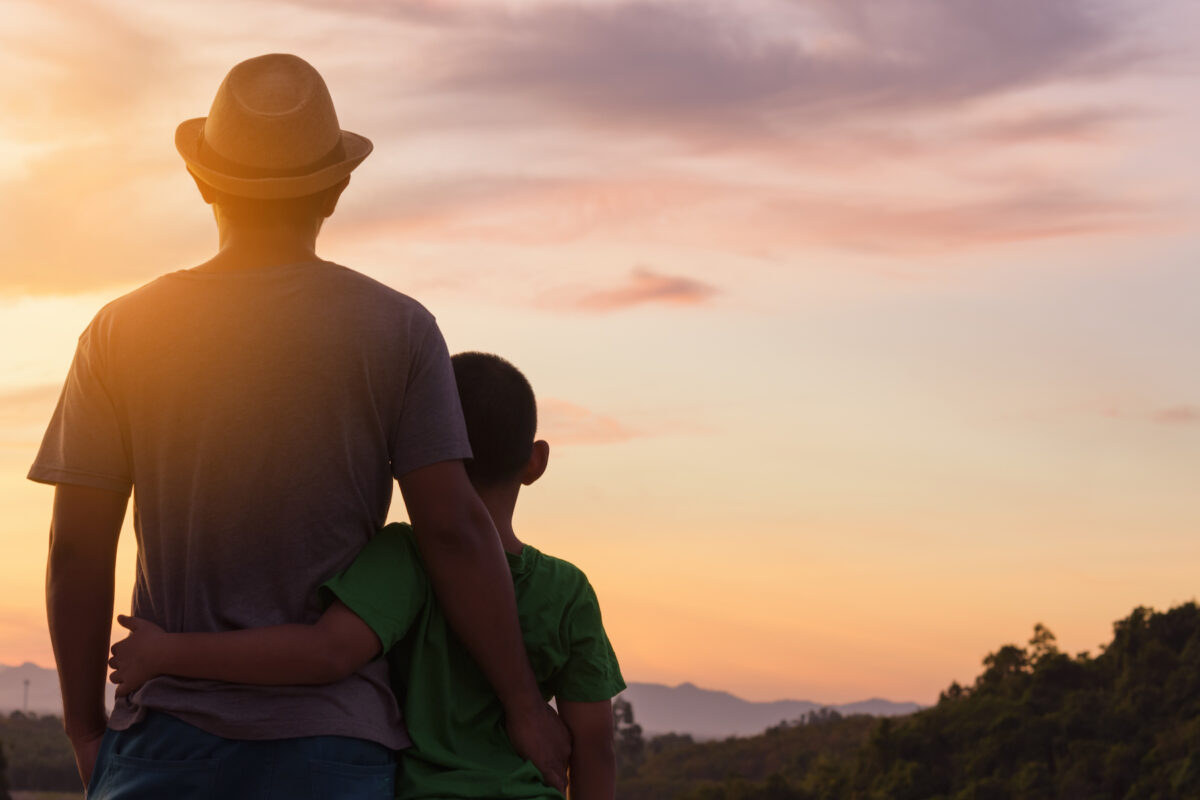 What impact did your father have on you? If you’ve never much thought about it, or discussed it with him, the answers might startle you. I never reflected on it deeply, let alone said anything to him—at least not in words.

If I had asked him that question before he died—as the approaching ninth anniversary of his death, just three weeks following Father’s Day, prompts me at last to do—my father would have waved the question aside, implying that he’d had no impact at all. If pressed, he’d have allowed that he had put a roof over my head. And, of course, that he had possessed the good sense to marry a wonderful girl who devoted her life to raising her four boys.

He would quickly add, however, that he deserved no great credit even for that momentous decision, for it was God’s grace that had placed Rose and him just a few desks apart in the two-room schoolhouse of his village in County Donegal, Ireland. The good Lord had plunked down that Gallagher girl less than a kilometer away from the Rodden farm at Terhillion. There she was, at the age of 5, in the row next to him at the Curran School—he’d had the inside track. Countless other boys would have proposed if he hadn’t gotten to his “wild Irish Rose” first.

Yes, that’s what he might have said. And that would not have been because, at the age of 88 and quite frail, he could not remember things so well anymore or could not analyze so long in a concentrated fashion. Even in his prime, he would have pooh-poohed all “grandiose” claims about his “impact” on me.

Why? I ask myself today.

A Man of Few Words

First of all, his influence could be easy to underestimate because we seemed so different in some ways. I had become a professor—and he was a farm boy who emigrated. Public speaking? Unthinkable. After I gave a toast at a brother’s wedding, I asked him later why he refused to say a few words.

Again—the familiar gesture–he waved me off. Regarding such an appearance in the glare of the limelight as a torture beyond his capacities, he remarked that he would have rather returned to his old job off the boat as the “heavy duty” dishwasher (and the designated rat killer) in the basement of the Tastykake Baking Company in South Philadelphia.

Yes, he was a man of few words—well, virtually no words. But his hand on your shoulder, a look on his face? They could be as powerful as the Gettysburg Address.

Yet he also admired fine oratory. Whether it was J.F.K. or Ronald Reagan or Bill Clinton or Barack Obama—a president’s politics didn’t matter—Dad was enormously moved by a great speech.

And he admired “educated” people. He saw that “working with your head” possessed value in America. After all, he was in the New World now, not on a Donegal farm, where he knew in his sleep how to use every farm tool and how to handle every animal. Yes, he understood that things were different here, even though he felt that the “education part” of it was beyond him.

He had gone no further than sixth grade—and missed half of those school days both because he was needed on the farm and because he shared a pair of shoes with two (of his 11) brothers.

“If only I had an education, I could have done something in this country,” he would sometimes say. “This is the land of opportunity. Johnny, you don’t have to be like me. You can get an education and better yourself.” I would often hear those words at the age of 6 or 7, when I was doing my homework for the next school day at St. Martin’s of Tours in Philadelphia. I’d hear them when he came home on winter evenings—above all during times of economic turndown—after a fruitless day of seeking work on different construction sites, when it was too cold to work outside and there was no indoor work to be found.

Yet it was not chiefly because we had different careers that he would have claimed to have had no impact—or just to have provided me with a good mother and the basic resources to “do something” in “the land of opportunity.” The deeper and crucial reason for his disavowing an impact is that he was a man of great humility. He was patient, unpretentious, good-natured. How he stayed that way, given the very tough life he had already led—first in the factories and subway tunnels of England and Wales, and later as a working-class Irish immigrant in America (“Your dad talks funny!” my schoolmates often said to me about his “brogue”)—astounds me today. Whenever I was at family gatherings or visiting him at work—or when I was speaking to his caregivers in those last years—I never heard a negative word about him. People instead would come up to me and say, “Your father—that is one heckuva decent fellow.”

In the nine years since his passing, whenever I have failed to live up to his example of humility and generosity and self-abnegation, I have shaken my head—no doubt in the same way he so often did—and said to myself far more than half-seriously: “So?!  You think you’re John Rodden? Believe me! You’re no John Rodden!”

What about you and your father? On this Father’s Day, it might be worth pondering your legacy of this more elusive and yet far more significant sort. And worth expressing a few words of gratitude to him.

Yes indeed. So why not whisper a word of thanks to him this Father’s Day?

I’ve discovered that, even though my dad is no longer around in the flesh, my moments of reflection about his “Life Legacy” to me have been valuable. You might too—above all, if you’re a father yourself. I composed in my head a letter to him, which I now wish I’d sent my dad—or better, read aloud to him in those last days we had together. And I’ve jotted it here in the hope that he’s smiling and happy to see my subject headline: “Dad, YOU HAVE MAIL!”

Dad, please know that your quiet example has always been with me. It was my fate and my fortune to have you as a father. You were generous with your praise, sparing with your criticism, and unceasing with your devotion. It was you above all who inspired me to “get an education.”

How do I owe Thee? Let me count the ways—except I can’t. Believe me, if your impact on me is hard to calculate, that is only because it is incalculable.

If it is hard to measure, that is only because it is immeasurable.

At long last—I’ve told you that.