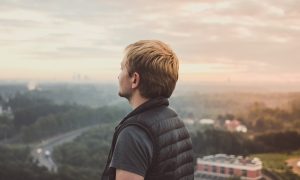 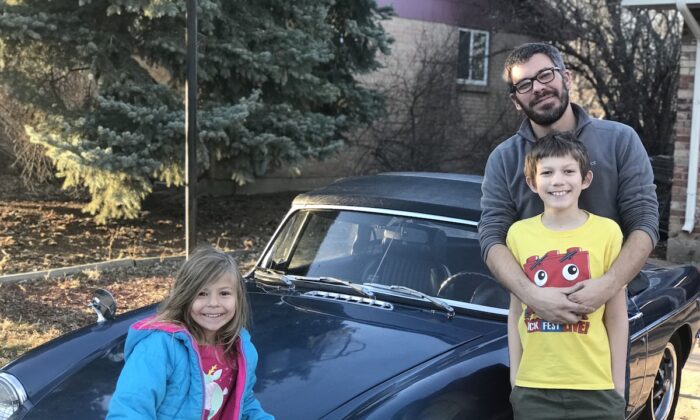 Danny Combs with two of his children. (Courtesy of Danny Combs)
Life & Tradition

A Father Leaves His Career to Help the Autistic Enter Workforce

Danny Combs is a Grammy Award-winning guitarist, and played professionally for a decade. Despite his successful career, his role as a father trumped music once he noticed his son was displaying signs of autism.

When Combs’s son was 2 years old, he started to show emotional expressions, language development, and social development consistent with autism. The family was living in Nashville, Tennessee, at the time and took their son to Vanderbilt University where he underwent a variety of tests.

Combs was understandably concerned about his son’s future.

“With Dylan, it just became apparent that he was just this super bright, talented kid that had so much to offer and he just wasn’t really getting the chance to express it,” Combs told The Epoch Times.

Combs was constantly told about what Dylan couldn’t do as opposed to what he could do. However, Combs discovered that Dylan was really good at making things with his hands. For instance, he could make three-dimensional superhero costumes out of cardboard.

Combs grew up with family members and friends who worked in manufacturing and contracting, and recognized the value of working with one’s hands.

Combs had the opportunity to meet Dr. Temple Grandin, a prominent advocate in the autism community, at one of her speeches. Combs told her he had an idea for a program to help teach those on the autism spectrum a skilled trade. She immediately encouraged him to go for it.

“I needed that push,” Combs said.

The autism community has the highest rate of unemployment, estimated at 90 percent. Combs was determined to change that, not just for his son, but for others as well.

Combs started a GoFundMe campaign for his organization Teaching the Autism Community Trades (TACT), and thought about what trades would be a good fit for those on the autism spectrum. He also looked at the trades where employees were aging out, and found there was a demand for carpenters, mechanics, plumbers, and welders.

Combs drove a 1958 Chevrolet panel truck loaded with tools to different churches, recreation centers, and homes to meet with families to get the idea started.

They would set up impromptu workshops and teach autistic children how to build 3-D printers and instruments.

Within a few months, Combs had raised enough money to get a permanent space in their current hometown of Denver, and a warehouse.

Learning these trades is also therapeutic for children and young adults on the autism spectrum. Even though they may not know it, they’re receiving frustration tolerance therapy, and improving executive function, fine motor, and gross motor skills.

Furthermore, these trades often don’t require a lot of social interaction. For instance, someone on the autism spectrum can be a skilled mechanic without having to interact with strangers too much.

TACT currently works with 507 students and has an 86 percent job-placement rate, Combs said. Some of the organization’s students have gone on to work for Audi and other large companies. A company called CTI, which manufacturers credit cards, hired one of TACT’s students, and came back to the organization asking for 30 more.

“It’s really neat the way that kids with autism gravitate toward this, and just have the skills to do it. Their mindset is so problem-solving based. They’re good at it. It’s pretty amazing,” Combs said.