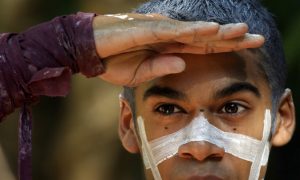 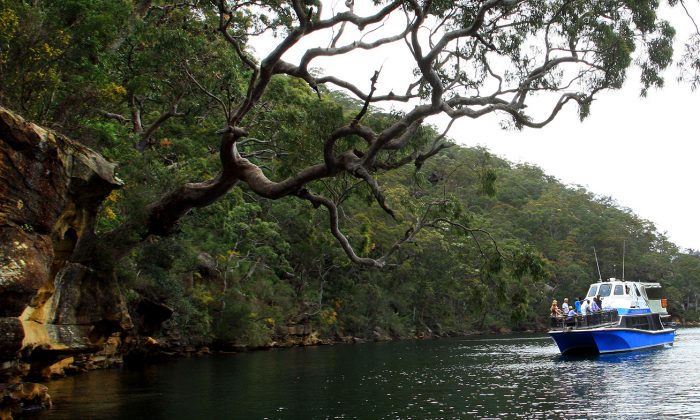 A Day in the Sydney Outback

As Australia continues on its reconciliation journey, with May 27-June 3 marking National Reconciliation Week 2016, I felt encouraged to seek a more personal experience of one of the world’s oldest surviving cultures.

Living in the metropolitan area of Sydney all my life, I have rarely taken the time to appreciate how much Aboriginal history and culture is etched into the sacred land that surrounds me. Keen to gain a deeper understanding of Aboriginal culture, I decided to jump online to see what Sydney in 2016 had to offer.

I came across numerous options for guided tours, varying from a ninety minute Aboriginal Heritage tour of The Rocks, to more involved day tours in the Blue Mountains. The Wilderness and Aboriginal Explorer day tour with Sydney Out Back Experience in Kuringgai-Chase National Park caught my eye as I was keen to discover what Aboriginal cultural sites were only 20 km from my front door.

Paul Pickering was my guide for the day, and along with my 14 companion explorers we arrived at West Head Lookout in the north-east corner of the National Park where the Hawkesbury river valley displays a striking reminder of what the coastal Sydney landscape would have resembled just over 200 years ago.

As I soaked in the scenery, our tour guide Paul spoke about the Kuringgai people, a coastal clan thought to have inhabited the region for 25,000 years.

The Kuringgai people, in keeping with Aboriginal tradition, were the caretakers of the land, managing and living in harmony with the abundant natural resources in the area. In Aboriginal cultural and spiritual beliefs, the land “owns” the people. Hence, Aborigines believe that all living things are connected through the land.

These intricate relationships are outlined in Dreamtime stories, passed down as oral traditions from generation to generation. Such stories included common law, spiritual guidance, and rich explanations from which the people’s solid understanding of celestial formations, land formations, animal behaviour and plant remedies stemmed.

There is a significant body of knowledge concerning our continent’s history to be found in Dreamtime stories. Researchers have found startling correlations between these stories and recent scientific findings. For example, the oral traditions of the Gunditjmara people tell of a giant wave that swept inland and killed everyone who hadn’t fled to higher land.

In 2014, Dr Duane Hamacher and Professor James Goff from the University of New South Wales, found evidence to corroborate this story when they uncovered a layer of sediment 1.5 to 2 metres deep at a number of different locations between 500 metres and 1 kilometre inland—evidence of an ancient tsunami. Dr Duane Hamacher has come to realise first-hand how Dreamtime stories are likely accurate accounts of real-life events.

Walking under the cooling shade of a large Sydney Red Gum, Paul described how the Aborigines lived in ordered communities. Social interactions between clans were determined by highly evolved kinship, totemic and geographical relationships—relationships recalled and passed down by Elders from the time of creation.

Creation stories between clans shared many commonalities and thus contributed to harmonious interactions between groups for activities such as travel, trade and marriage. Dreamtime stories could be oral maps that were used to navigate to safety or migrate between areas for seasonal use.

The well-structured nature of Aboriginal society would have been highly cryptic for early European settlers and although they disapproved of the seemingly primitive Aboriginal way of life, researchers are beginning to uncover great wisdom from within the Aboriginal world perspective that is increasingly relevant to our world today.

After learning about some Aboriginal uses for native flora, we left West Head by minibus to what was for me, the highlight of the day. We parked in a small, deserted car park and after a short walk arrived at a large, open area atop a barren sandstone platform.

Engraved lines could be seen running along the surface of the rock, some straight, others curved, as if outlining a shape.

Paul introduced this as one of the many engraving sites in the Park. After acknowledging the traditional custodians of the land and thanking them for their permission to share the site and its story with us, Paul highlighted amongst the lines a sacred emu body, thought to correspond to Birrangulu, one of the wives of the Creator Spirit, Baiame. It is perhaps no coincidence that above the engraving, a celestial body resembling an emu appears in the night sky just once a year at the time when emus lay their eggs.

While the knowledge and secrets of this site have been lost with time, surviving Aboriginal descendants and researchers hypothesise that the whole site is a star map, and that it may have been used by Aboriginal Elders to pass on oral traditions to the next generation.

The sandstone platform is also scattered with hundreds of other small engravings and the Rainbow Serpent, a recurring myth common to creation stories nationwide, also makes an appearance.

Amazingly, most Sydneysiders remain unaware of this beautiful and sacred place that is right in their backyard. I felt grateful to Paul and his Aboriginal contacts for sharing their knowledge of this special place. The day was topped off with a bush-tucker lunch while cruising the Hawkesbury River.

There are many Aboriginal sites-of-interest scattered around the country. Just in the Sydney Region, there are over 2000 engraving sites, only half of which have been accurately recorded. Hop online and you may be surprised by what lies just beyond your front door. Remember, you don’t have to venture far for a great Aussie outback adventure.