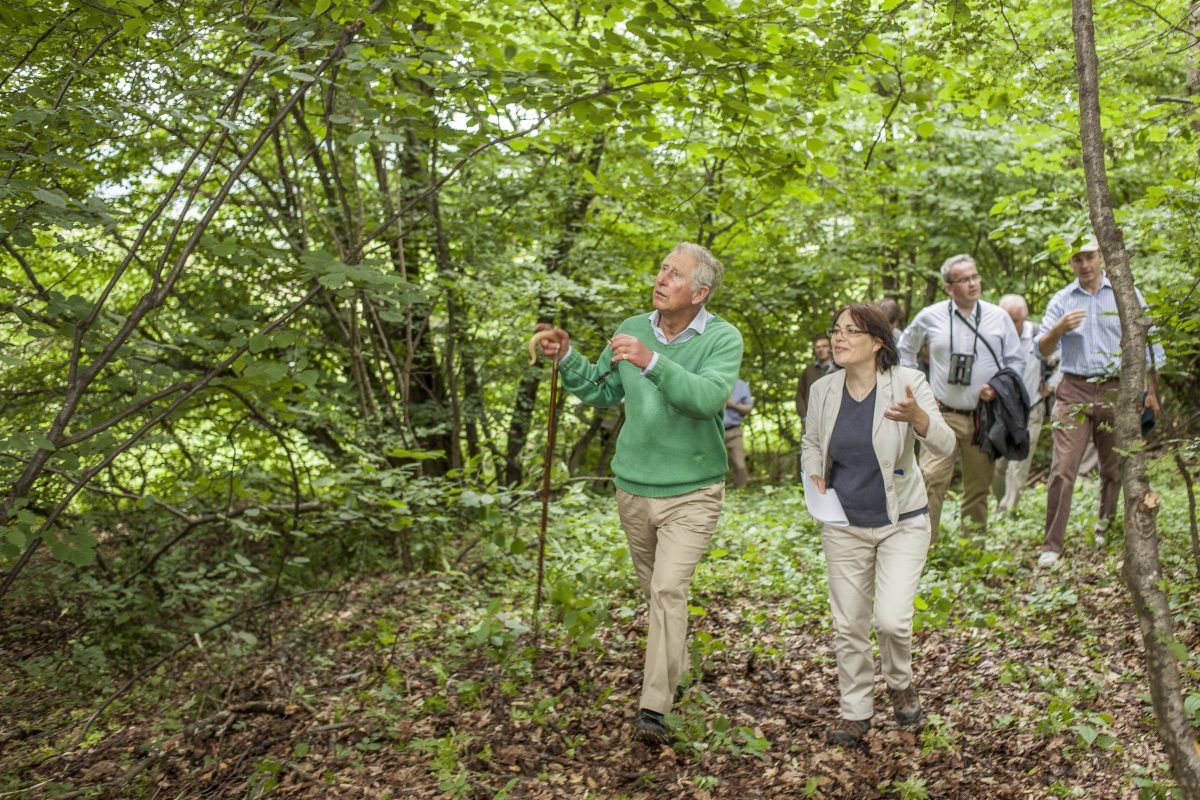 The Prince of Wales, Prince Charles and Caroline Fernolend, vice president of the Mihai Eminescu Trust on the occasion of planting the 1 millionth tree on May 31, 2013. The project called A Forest for Every School was part of a collaboration between the trust and French Hotel Chain ACCOR. (Photo courtesy of Cristian Radu)
Arts & Culture

VISCRI, Romania—Of all the foreign dignitaries who have visited Romania since the communist regime fell in 1989, none are as passionate about the country as Prince Charles, the Prince of Wales. He owns several properties in the region of Transylvania, and visits every spring surrounded by a media frenzy that never tires of asking the perennial question: Why Romania?

In an interview for the 2013 documentary “Wild Carpathia,” Prince Charles said: “The key thing about Romania, and Transylvania in particular, is that there’s so much we can learn from. It is the last corner of Europe where you see true sustainability and complete resilience, and the maintenance of entire ecosystems to the benefit of mankind and also for nature.”

Listening to Prince Charles, it would sound as if in Transylvania the wings of a butterfly cause greater quantum ripples in the fabric of our planet than anywhere else. Indeed, the ripples created by Prince Charles have changed the lives of the approximately 500 people who live in the small Saxon village of Viscri, and countless others. His unabashed love for Romania is also changing people’s perception of the country, at home and abroad.

It is the last corner of Europe where you see true sustainability and complete resilience, and the maintenance of entire ecosystems to the benefit of mankind and also for nature.
— Prince Charles

Caroline Fernolend, vice president of the Mihai Eminescu Trust, that was chaired by Prince Charles for 13 years, and a resident of Viscri, recounts how the village’s story began to intertwine with the prince’s. It is through her work and passion for her heritage that many of Charles’s projects have been successful.

I met her on a rather rainy August evening in Viscri where Prince Charles has a property. According to Fernolend, just this summer, the royal’s investment has attracted over 17,000 tourists from all over Europe. They come wanting to experience eco-tourism and, no doubt, to see what exactly attracts Prince Charles to a remote village at the end of an unpaved road that is a challenge to any four-wheel drive.

The future king of the United Kingdom touting the virtues of a nation that is still trying to find economic stability following decades of communist dictatorship is a continuous source of incredulity—even suspicion—for Romanians.

The communist indoctrination, which is rather hard to shake, was to covet city life and better job prospects. During the 20-plus years of rule under Nicolae Ceausescu, having a city address on your ID card was a status symbol and country life was looked down upon.

In order to cement this point even further, in 1987 Ceausescu announced that the path to “our golden socialist future” (an expression that I heard daily on the national evening news in my own childhood), was paved with certain sacrifices, for example the destruction of 8,000 villages in Transylvania.

Saved From Being Bulldozed

Many villages on the to-be-bulldozed list were Saxon and Hungarian. Saxons settled in Romania over 800 years ago during the reign of King Geza II of Hungary (1141–1162), when they were given land and the task of defending the southeastern border of the kingdom of Hungary, which included today’s Transylvania.

Fernolend’s ancestors were among the first to arrive in Transylvania in 1142 from Luxembourg, and, like many proud Saxons, she still speaks the old Germanic language, as well as Romanian and English.

Following Ceausescu’s announcement, Prince Charles gave a speech urging the communist regime against the destruction of its villages. At the same time, Operation Villages Romania was started in France, Belgium, and Holland. Through this initiative, the foundation chose a village that was on the list of those due to be bulldozed, and Viscri was chosen to be saved.

“Who would have known that 11 years later it would end up being [UNESCO] World-Heritage listed?” exclaimed Fernolend with a beaming smile.

It all started when another concerned Brit, Jessica Douglas-Home, came to Viscri. Fernolend asked her how she could save her village. “She said: ‘I will bring His Royal Highness the Prince of Wales.’ Of course I didn’t believe her at the time,” said Fernolend.

She met Prince Charles for the first time in another village. Fernolend and her family dressed up in traditional Saxon garb, and bore gifts. Her gift to Charles was a photo of Viscri.

“I said to His Royal Highness: ‘Please come to my village.’ And he said, ‘I will come for sure.'”

But she is quick to point out that, in fact, Viscri is not an unusual village, nor is it the most beautiful one, it’s just that they started promoting it 25 years ago.

It’s because of our tight community, and the people who work together that have made this village prosperous.
— Caroline Fernolend, vice president,, Mihai Eminescu Trust

“If someone says: ‘It’s because of Prince Charles’s visits that Viscri is like this,’ I say that this isn’t true,” said Fernolend. “I tell them that it’s because of our tight community, and the people who work together that have made this village prosperous.”

Indeed there are other villages where Prince Charles has visited just as often as Viscri, yet they are not as successful.

The process of convincing a village that it can be revived through old traditions while it is experiencing a continuous exodus of its young people, is hard to fathom for locals.

Educated city folk on the other hand, have little time for country matters.

“When I started doing this [eco-tourism project] my friends told me, ‘You are denigrating our country.’ Unfortunately, we were indoctrinated to think this way. But I’m proud of the simplicity of village life. This is what is most valuable. Many other countries have lost this,” said Fernolend.

When the Cows Came Home

Visiting a living village such as Viscri is both a history lesson and a sensory adventure. I had heard that the cows come home by themselves, each knowing where they live. I asked a local around what time that would happen, and he replied “8:30,” then promptly went about his business.

Indeed, at 8:35 p.m. our interview came to an abrupt end when Fernolend said, “If you want to see the cows you’d better hurry.”

We rushed out to see the herd, and yes, the cows knew where to go. There were sheep, goats, and horses as well, the gravel crunched under their hoofs in a slow, methodical stampede. One four wheel drive was stuck in the middle of the road and had to stop and let the animals pass. Fernolend shook her head in disapproval because tourists are told to vacate the main road during that time so as not to interrupt village life.

This might prove to be a paradox for Viscri and other villages, where the locals have found employment through the revival of arts and crafts, as well as tourism.

I spoke to three village ladies and asked them how they felt about everything that has been happening in their village. They were quick to point out that they miss the peace and quiet, and don’t appreciate the clouds of dust stirred up by the influx of tourists.

A resounding complaint was not about the foreign tourists, but the Romanians that had also started coming to see what all the fuss is about, thinking that there must be something extra than just everyday village life to be experienced. The three ladies I spoke to said that Romanians tend to come with a long list of demands, failing to grasp the whole idea of eco-tourism.

Build It And They Will Come

But the success of all the trust’s projects is palpable. Almost the entire village is fully employed, with only three families that depend on welfare. There are 100 beds for rent to tourists who can stay in traditional Saxon houses and immerse themselves in a bucolic way of life. The 80-member strong women’s association makes felt slippers and other handmade crafts, and the 40 horses in the village are used to give rides in the fields.

Fernolend talked of the traditional clay roof tiles that need a lot of manpower and knowledge of traditional craftsmanship. The restoration of the Saxon house roofs alone is enough to keep people employed.

It’s about bringing people together and reawakening the villagers’ pride in their heritage.
— Caroline Fernolend, vice president , Mihai Eminescu Trust

Fernolend and her team have projects in 88 villages. She emphasizes that each time they go to a village “it’s about bringing people together and reawakening the villagers’ pride in their heritage.”

“We never do charity—if you just give someone something for free they will not value it and it is denigrating. This is why I say, ‘We need to teach people how to fish, not just give them the fish,'” said Fernolend.

Now there are people coming from all corners of Romania, the furthest so far coming from an east coast village in the Danube Delta. They all want to emulate the steps through which they can preserve their local heritage while becoming fully sustainable.

Prince Charles’s 13-yearlong patronage of the Mihai Eminescu Trust ended in 2014. His list of accomplishments is too long, but to name a few, during the time that he was the chairman he promoted the preservation of the village’s natural and cultural heritage, and the revitalization of flora, over 80 schools were involved over six years to help plant 1.5 million tree saplings, and 400 master craftsmen in 29 Transylvanian villages were helped, according to Fernolend.

Prince Charles also personally funded the first ecological water purification system that is due to be replicated in other villages.

And this year, he has deepened his commitment by announcing in June the launch of The Prince of Wales’s Foundation Romania, an educational charity in support of heritage preservation, agriculture, and sustainable development in Romania. Its headquarters will be in Viscri in Charles’s own house, which will also be open to tourists as a guest house.

A journalist who attended the launch again asked the prince, “Why here? Why Romania?” Charles appeared slightly exasperated when he replied, “Because I love Romania, and I think that you forget that I have a great-great-grandmother from Transylvania, so I have every reason to love it.”

The prince has also said in the past that Romania is the only place where he feels human.

Indeed there is an all-encompassing feeling in Romania that is hard to describe in one word. In Romanian the name for it is the mioritic landscape—a term mentioned in the works of many national writers. It is derived from the word miorita (meeoritza), a magical sheep in popular mythology that warns its shepherd about his impending assassination.

The story implies the idea of nature as caretaker, a place where each individual can find his or her place in the divine order.

What is unexpected for visitors who have experienced the awe of nature on a grand scale elsewhere is that Romania evokes a rather different emotion.

There is a visceral sense of closeness with the mountains, the streams, the architecture, and even with the animals, that seems to be winning the hearts of non-Romanians, who can feel it, but can never quite explain it either. 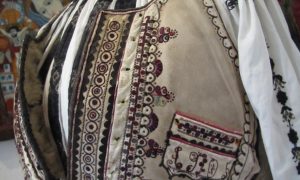 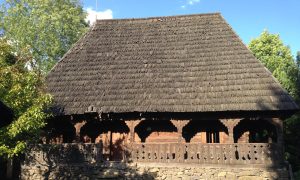 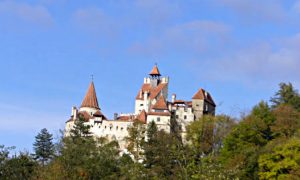