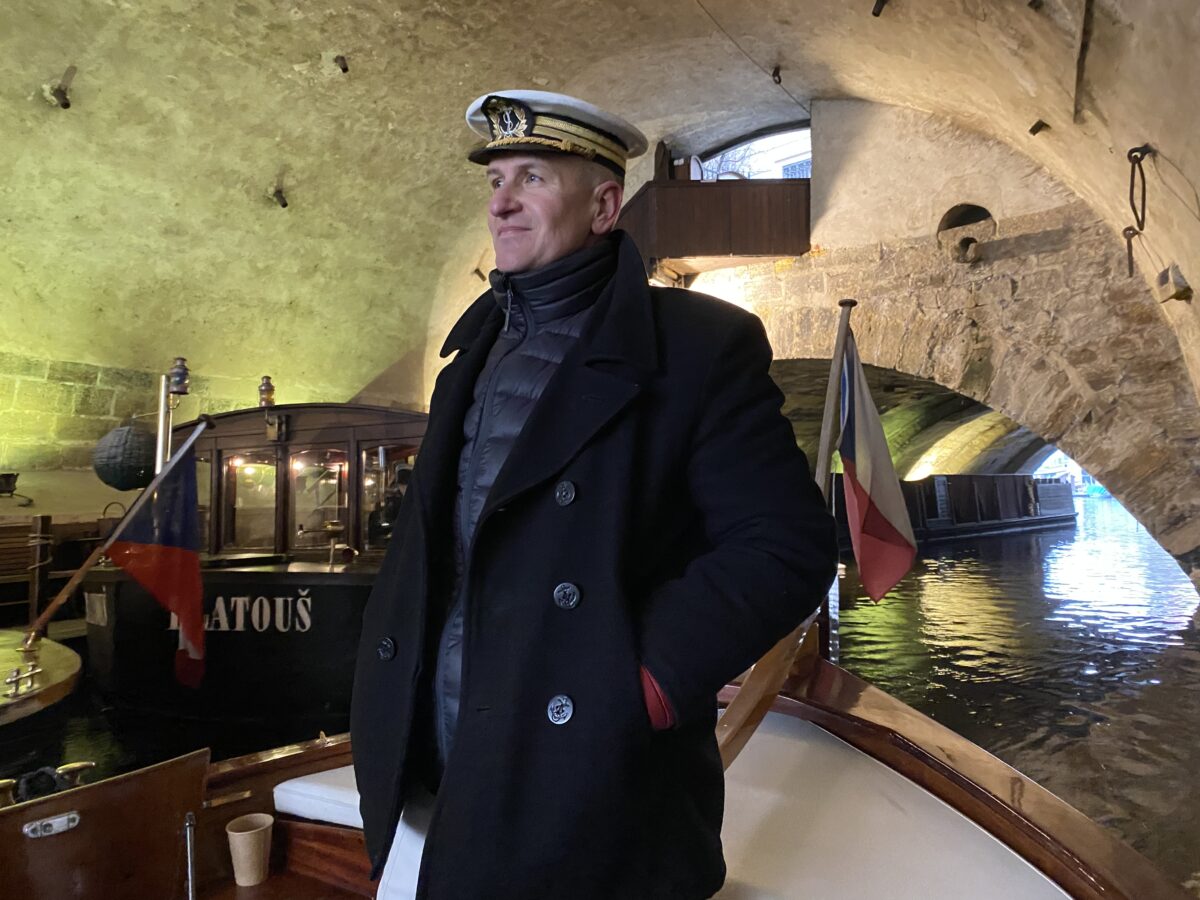 A City and Its Secret River: Prague

Europe is filled with great river cities—the steeples and citadels of Buda and Pest rising dramatically on either side of the Danube, the Rhine flowing near the massive cathedral in Cologne, the Seine slicing Paris into Left Bank and Right Bank. But Prague? Not really one of them.

Yes, water runs through its heart. And perhaps the city’s most distinctive landmark is the Charles Bridge, a stone span dating back to 1357 lined with dozens of baroque statues, each with its own story. But mention the Vltava River in passing to even well-traveled individuals, and you’ll probably be met with a puzzled look. And its harsh-sounding name certainly won’t inspire any gauzy romantic visions of Old World maritime culture.

But still, Captain Stepan Rusnak told me the Vltava is of vital importance to Czechs. “It’s the longest river in the country,” he said, noting that it flows from the mountains in Bohemia, clear across the nation, until it joins with the Elbe in Germany. Calm today, its name recalls more untamed times, meaning “wild water.”

Sometimes called the world’s greatest living outdoor museum, Prague is remarkably well-preserved, spared some of the harshest bombing in the Second World War. So even a casual stroll will take you back hundreds of years, from the 15th-century Astronomical Clock at Old Town Square to the 9th-century fortifications at Prague Castle, peering down over it all. But after many visits here, I had never seen it from below, from the water.

Staying at the Four Seasons Hotel, which sits directly on the river—many rooms look straight over it—I was about to go for a ride. It’s an experience the hotel offers guests. Rusnak operates a handcrafted timber boat with a shallow draft, perfect for navigating into tight corners of this urban waterway that few get to explore. He met me in the lobby, and as we walked across a bridge to reach his craft, Rusnak noted that he grew up near here, right on the water, his family fishing for a living.

Old enough to remember communist times, the tall, serious captain noted the differences between then and now. Buildings, now restored, were tumbledown, and pollution marred everything. “Some days, you couldn’t even see the other side of the river,” he said, with a small shake of his head. “The city is beautiful now. Such a shame my grandparents never got to see it this way.”

We climbed aboard at a small dock, his boat the only one moored there, shoving off into the flow, the city rising around us. “Let’s start with a secret tunnel,” said Rusnak, angling the handsome craft, wood, and rails polished to a shine, toward the Charles Bridge. He recalled some history as we motored toward it, that a wooden bridge preceded this span, that the current stone structure took 55 years to build, that King Charles IV, Holy Roman Emperor, died before he could see the completion of this great project that still bears his name.

Gliding into the tunnel, under one of the bridge’s towers, felt like surreptitious entry into a secret world. There are small cafes, and also other boats, their crew and passengers warm inside. Rusnak pointed out a line on the wall, a high water mark from 2002, when the river rose more than 20 feet. A massive storm near the headwaters sent the city a deluge, far more water than it could handle, overwhelming low-lying areas near the river.

Thousands were evacuated, and hundreds across Europe died due to the same storm system. It was the biggest flood in the recorded history of the city, one time when the Vltava lived up to its wild name. “I worked with the police, to rescue people,” said the stoic captain.

Rolling back out to the center of the river, few other boats pass us, although we repeatedly see a strange, cube-shaped, solar-powered craft. We wave to the man inside. Rusnak explained that the owner lives locally, and enjoys piloting it out for a relaxing afternoon away from the bustle of the city. We pass some of the 13 islands in the river here, including Kampa Island, whose houses were once home to some of the brightest lights in the city’s creative class.

We saw a water wheel, in the past powered by the river to grind flour for bread, and navigated through a canal in an area near the Lesser Town known as Little Venice, with more cafes and historic, pastel-colored buildings rising right from the water. Sometimes, gondoliers pilot their craft through here, singing songs, like in the real Venice. “In the summer, when it’s really hot, people jump from the side and take a swim,” he explained, in a tone that implied personal experience with this swim spot.

And then the captain played Beethoven’s Moonlight Sonata, followed by part of “Ma vlast,” six symphonic poems written in the 1870s by Czech composer Bedrich Smetana. We were back in the middle of the Vltava now, the stone arches of the Charles Bridge ahead, the spires and towers and buttresses of Prague all around us. “This song, it’s very important. It was inspired by all this beauty,” said Rusnak, quietly conducting an unseen orchestra, the uniformed skipper caught, just for a moment, in a reverie. I’m happy to sit back, relax, and let the music wash over me, flowing in chorus with the river, all the way back to the dock.

Getting Around: The city has a well-developed public transit network that includes a well-functioning metro system and extensive coverage on trams and buses. Ride-sharing services are also available and inexpensive.

Stay: The Four Seasons Prague is nestled right next to the river, within easy walking distance of some of Old Town’s biggest attractions. The hotel links together four different buildings in a variety of styles—Baroque, Neo-classical, Renaissance—meaning no two rooms are the same, although all adhere to the same standards of luxury. Grab a drink with the resident mixologist in the bar, who can pour you a flaming absinthe. Or sip it on their rooftop, riverside terrace.

Take Note: The boat experience offered by the Four Seasons isn’t the only game in town—you can book anything from a one-hour sightseeing trip to a full-on dinner cruise with a company like Prague Boats.