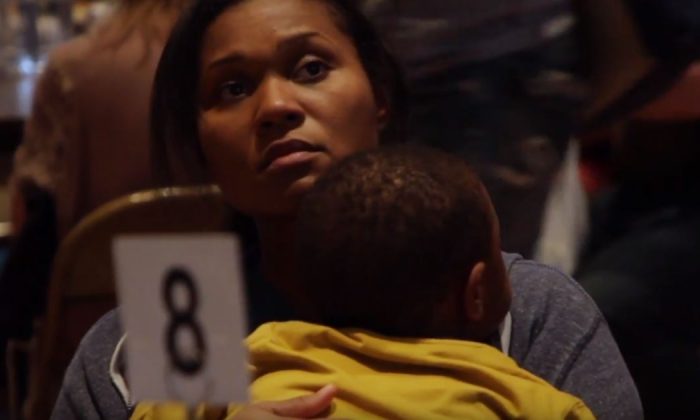 A Christmas Opera Told Through Singers Who Lived It

NEW YORK—Gian Carlo Menotti’s “Amahl and the Night Visitors” is a Christmas nativity story. It is a one-act opera and the first-ever televised opera. The idea for it came to the composer via a sort of divine inspiration.

Growing up in Italy, Menotti didn’t have Santa Claus. Gifts came instead from the Three Kings, but he never stayed awake long enough to catch a glimpse of them.

“But I do remember hearing them. I remember the weird cadence of their song in the dark distance; I remember the brittle sound of the camels’ hooves crushing the frozen snow; and I remember the mysterious tinkling of their silver bridles,” Menotti wrote in the notes of the original recording.

But as he grew up and then moved to America, it seemed he’d forgotten them. Then in 1951, he was commissioned by NBC to write an opera for television, and in November, with Christmas fast approaching as the deadline, he looked out at the city with its sea of Santa Clauses and felt adrift and uninspired. It wasn’t until he stopped by The Metropolitan Museum of Art and stood in front of a painting of the Adoration of the Magi that he remembered the kings.

“I then realized they had come back to me and had brought me a gift,” Menotti wrote.

An estimated 5 million people saw the first broadcast, and it has stayed a fairly popular opera over the years.

Eric Einhorn, general and artistic director of On Site Opera, performed in a production of “Amahl and the Night Visitors” in high school, and it has stuck with him ever since.

The innovative opera company only stages site-specific works, productions like “The Barber of Seville” (Giovanni Paisiello’s version) at the Fabbri Mansion and “Pygmalion” (Rameau) at Madame Tussauds New York.

“Well, it’s originally a Bible story, so how do you do that in New York?” Einhorn said.  He had to strip away everything he thought he knew about the piece and get down to the essence of the story.

It’s a story about a young boy named Amahl, who can only walk with a crutch and is always telling tall tales. One night, he is watching the stars when he sees three kings approach. Amahl calls his mother, and the two of them invite them in to rest before continuing their long journey. The neighbors join in and offer food and entertainment, and as the events unfold, the difficult situation that Amahl and his mother are in is made clear.

In the end, Amahl, who has nothing to offer but his crutch, finds he can walk again without it.

“The essential message was generosity and selflessness despite one’s own situation—to, no matter what, always be generous,” Einhorn said. “So I started to dig into that and thought, where would we find Amahl and his mother today? That’s when I came upon the soup kitchen: a place where generosity provides a great service to so many New Yorkers, not just the homeless.”

Then Einhorn became interested in their stories. If he was going to tell a story around people who were homeless, formerly homeless, or at risk of becoming homeless, it would be a much deeper and more honest story if he could have people who had experienced that situation help to tell the stories. In fact, he set the opera at the Holy Apostles Soup Kitchen.

Einhorn had contacts that connected him with Breaking Ground, a supportive housing service.

“I pitched them this crazy idea—let’s form a choir—and the reception was spectacular,” Einhorn said.

Up until a few weeks ago, Annette Phuvan was staying in a room at a Breaking Ground building in Times Square. There was a flier calling for auditions to sing in a Christmas opera, and she thought, why not? She got a part.

“At first, I didn’t think much about it, ‘Oh, I’ll be singing,'” she said. Phuvan has acting experience and did some singing in church choirs, so this was something she would enjoy. She thought maybe it would be a simple little play, but she was blown away.

“I’ve never heard this opera before, and it’s really quite beautiful. It’s actually a difficult libretto,” Phuvan said. The weekend after Thanksgiving, rehearsals were in full swing as each group that had been rehearsing individually—the choir, the soloists, the dancers—were nearly ready to come together. It’s been a challenge, but also a gift. Phuvan added, “Most of us didn’t realize how difficult this is, and it’s a great accomplishment.”

The opera itself and the work everyone has been putting in to it have been inspiring. On Site Opera typically works with all professional casts, but “Amahl” includes a chorus, and all of the chorus members will be played by formerly homeless New Yorkers.

“This story’s really beautiful. It’s a great message this time of year. It’s a community talking to each other and showing compassion and mercy and generosity. It’s a great reminder of what’s important, what’s fundamental to the continuation of our civilization. It’s not technology; it’s us, connecting to each other,” Phuvan said.

Community is an important reminder, especially for people trying to get on their feet, she explained. These rooms she and others were staying in are meant to be temporary. But for some people, they become permanent homes not just because of external circumstances, but also because of the emotional toil that makes them feel homeless in their minds even when they have a place to stay.

“This is supposed to be a place where you can get the support … in order for you to think about what you want to do with your life, think about the job you want, and then realize your ambitions so you can move out of this, into the real world,” Phuvan said.

The rehearsals of “Amahl” have shown her that in a nutshell.

“Being here, watching each other work, and the professionals—it’s the connections. It’s not just people coming in here to supervise us. We are working with professionals. And just being around their essence, their energies, it’s the connection they have to the outer world that I think becomes something for us to get on board with, a rope you can climb to get on board,” Phuvan said.

And singing puts you in a place where you want to get on board.

“Singing’s a very open position: opening your mouth, opening your facial expressions, opening your body. You have to be open to it,” Phuvan said. “And for a lot of people participating, this is their one creative validation for their existence.”

Phuvan lost her home when her rent went up by $600 in one fell swoop, and after struggling to pay it for two years, she had to leave and find shared housing a borough away. The stress and endless applications it took for her to finally obtain a home again was, frankly, traumatic, she explained. Homelessness can happen quickly, even accidentally, and turning the tide becomes a monumental effort that drains you. Another chorister recounted sleeping at LaGuardia Airport for a year and a half, and refusing help for six months after it was offered to him by the Red Cross because he had just been so devastated at that point.

A lot of people in these situations don’t feel seen, and that makes it hard to exist, Phuvan explained. But singing in a choir felt healing. Art restores human dignity.

“Every voice is unique, and it also has to blend. So on a very deep level, singing in a choir is a balance of giving of yourself and keeping of yourself,” Phuvan said. “That’s what community is about, the challenge of a bunch of individuals working together.”

The four performances at the Holy Apostles Soup Kitchen are free (RSVP required), but audiences are asked to bring a small donation of nonperishable food items that will be used as props in the performance and then donated to the soup kitchen.