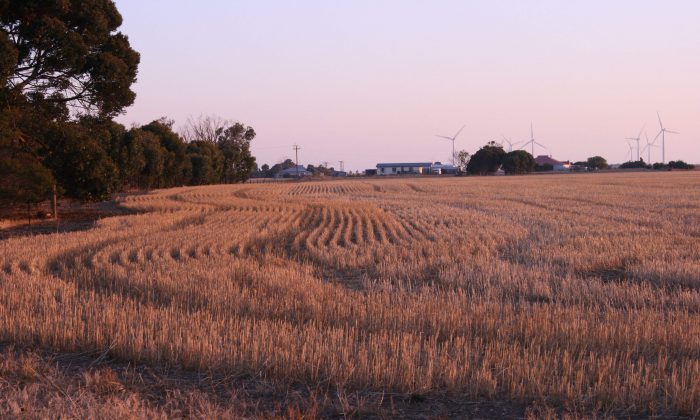 A Case of Nostalgia on Yorke Peninsula

I grew up in the western suburbs of Adelaide, but on school holidays we visited our holiday house in Edithburgh, on the Yorke Peninsula, a three-hour journey by car. As children, it gave my cousins and me a safe natural wonderland to explore, and we were allowed to free-range a little further than what was allowed in the ‘burbs.

Thirty years later, I had the opportunity to bring my own kids to revisit my childhood stomping grounds, and thankfully, not too much has changed.

Edithburgh, or “The Burgh” as we called it, had everything we needed to keep busy and occupied as children, having golden opportunities to experience nature in a spontaneous and unstructured way.

Sure, I would have jumped at the chance to visit the theme parks at the Gold Coast, but a family break at sleepy Edithburgh planted in me the seeds of love for nature and a willingness to partake in it — dangers and all!

Just south of Edithburgh is a beach with calm waters called Sultana Point. I can recall the unbridled joy of crawling through the sand dunes on my hands and knees, and then paddling in the tidal pool. In the warm, protected water, we often saw curious sea creatures, such as cuttlefish, ring-shaped jellyfish, and blue swimmer crabs — of which there was an abundance.

At the Edithburgh town pool, more marine life was encountered as we duck-dived into the azure waters beyond the cement wall enclosure, where the shark net once was. With our full-face goggles on, we watched stingrays glide — from a safe distance.

Dolphins, seals and sharks were also commonplace, but adults were always keeping a watchful eye, and then it was the old rule — safety in numbers. It was here in the real ocean where I put my pool-learned swimming technique to the real test.

Always something to do

There is no Dreamworld on the Yorke Peninsula, yet my cousins and I were never short of things to do. Around the district, there are many playgrounds and tennis courts, as well as a native flora reserve in town — a terrific terrain to play hide and seek. We sometimes walked down to the jetty for our lunchtime meal of fish and chips.

You could say that the Edithburgh jetty is the extension of the main street of town, and still the heart and soul of the place. In its heyday, Edithburgh was the third largest port in South Australia. The jetty was a bustling collection point for salt, wheat and barley.

Locals still seem to gather at the jetty daily to catch their meal, and I’m told that fish numbers are still healthy. There is always plenty to catch — King George whiting, snapper and never a shortage of squid.

After we had peered into everyone’s bucket on the jetty to see what had been caught and offered our kudos, my cousins and I would amble down to the pebble beach. Here we surveyed and hunted for broken pieces of white and blue painted china, left over from an old dump site, and leathery, dried shark eggs. We were taught from a very young age not to empty antique medicine bottles, even though they were desirable keepsakes, because they were often the residence of the deadly blue-ring octopus.

Just out from this vantage point, Troubridge Island can be seen with its lone red and white lighthouse and lighthouse keeper’s cottage that looks like it’s straight out of an illustrated children’s book. Today, tourists can rent the exclusive Troubridge Island Hideaway accommodation and have the island virtually to themselves — except for the resident colony of fairy penguins.

On a hot day, we would hit the beach as a family. Kemp Bay and Pondalowie were the two favourites, and there were also many other popular surfing spots farther south at Innes National Park, at the very tip of the peninsula. These are some of the most perfect beaches in Australia — or even perhaps the world. White sand, curling swell and blue, unpolluted water. Very often, we had the whole beach to ourselves.

The Yorke Peninsula is a haven for cold-sea wreck diving. There are over 85 shipwrecks off the coastline, with the Zanoni wreck being one of the most interesting of these remains.

Links to the past

There are many other activities to engage in, such as visiting the many historical sites of interest in and around the copper region. The Copper Triangle, which consists of the towns Kadina, Wallaroo, and Moonta, all have copper mines and dugouts where the Cornish settlers lived out their rudimentary lives. Today there are museums to pay homage to their traditions, as well as aboriginal sites that can be visited.

The Kernewek Lowender festival, meaning ‘Cornish happiness’, is a living link to the culture of the past and attracts over 30,000 visitors to several locations in the Copper Triangle. Cornish pasties are also left over from history’s pages, and they are still as popular today as ever in the local bakeries.

The pasties traditionally had a distinctive large flange on the top so the miners could hold them while they eat; their filthy fingers would not soil the pasty, and the flange would be discarded when they were finished.

If you’ve had your fill of Cornish pasties and want to try some local fresh seafood, most people head down to Marion Bay to have a meal at the Marion Bay Tavern, or the Inland Sea restaurant, both with menus that showcase local seafood and beef steaks. Marion Bay is another tranquil and beautiful beach to visit while you are there.

Apart from a few new food and accommodation establishments popping up here and there, not much has changed since my childhood in the 1980s. One new curious addition, however, and always a big draw-card for youngsters and a conversation piece for adults, is the Wattle Point Wind Farm, just a five-minute drive south of Edithburgh.

Visitors can get a close view of these 55 massive turbines and learn about green energy from the information boards. The giant spokes jut out of the eerie, flat land, making the scene look even more strange and mysterious.

A landscape of contrasts and solitude

I admit, the wide-open and decidedly dry plain of the Yorke Peninsula does leave a slightly eerie impression. When I think back to family holidays in Edithburgh, I can remember the typical scene outside the car window of sweeping fields of canary yellow contrasting the blue sky, the tumbling-down ruins, the stone fences, the long and straight dirt roads…and space.

To an untrained eye, this landscape may look barren and desolate. To me, it encapsulates a rustic beauty infused with history’s ghosts, and of restful solitude.

Is this feeling I have of this flat, brown land simply nostalgia? Or is there a genuine allure that exists outside of my childhood memories, such as what is poignantly described by Colin Thiele, a South Australian writer, in the coming-of-age novel Sun on the Stubble?

Perhaps it’s the lack of theme parks, or the lack of the colour green that keeps this place quiet. On the bright side, though, it has no booming tourist trade or any cheap and tasteless tourist trappings, and that’s something I hope never changes.

Instead, what you get are friendly, rustic townships dotted along the 300 or so miles of picturesque, undeveloped coastline. The grain crops as far as the eye can see are a living symbol of the struggle to tame the dry, brown land of Australia. And there’s the gorgeous cobalt ocean all around, which tries in vain to quench the thirsty land — yet isn’t able to.

On returning to this region again as an adult with my own children, I am reminded of the treasures of the rustic tranquility without distraction. Yorke Peninsula is an idyllic place to experience the unique spirit of South Australia. And for nature lovers and adventurers, it’s a place that invites you to get close to the sheer harshness and beauty of the natural world down under.