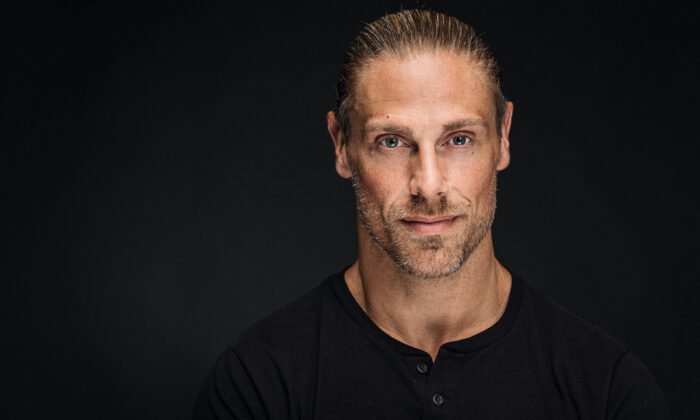 Marc Megna was a professional football player, and is the author of "Dream Big. Never Quit." (Courtesy of Matt Roy)
Life & Tradition

A Bullied Kid Chases His NFL Dreams and Never Quits

Marc Megna was working as a graduate assistant football coach at the University of Richmond, and was living in a storage closet that had been converted into his room. There was a mattress on the floor, a small television, and a telephone. It was the 1999 NFL draft, and Megna waited eagerly in anticipation next to the telephone.

Megna was watching the draft on his television, but had to turn it off because he was too nervous. The next thing he knew, the phone rang and he picked it up.

It was Bill Parcels, the head coach of the New York Jets.

“We’re thinking about taking you with this next pick,” Parcels told him.

“I have to ask you a few questions. Marc. Can you rush the passer for me?”

“Can you play linebacker for me?”

“Can you play special teams?”

“Welcome to the New York Jets.”

Megna had worked arduously toward becoming a professional football player in the NFL, and he was finally realizing his dream. Not only had he overcome the adversity he faced as a child, but he had also proved all the naysayers wrong.

Megna, 43, lives in Miami. He grew up in Fall River, Massachusetts, with his brother, and both were raised by their mother. His father had left the family when Megna was just 6 years old. He grew up as an awkward, shy, and overweight child. As a result, he became self-conscious and experienced low self-esteem.

“I didn’t want to socialize. I didn’t want to leave the house. I even faked illness because I just got brutalized by the other kids,” Megna said. “It really made me feel like I was an outcast.”

The bullying started at age 9. Not only was Megna bullied for his physical appearance, he was also ridiculed for being from low-income housing. Like a lot of kids, he started to believe what the bullies were saying was true. He didn’t think he was supposed to be playing sports or hanging out with the other kids.

But Megna had a strong mother. She was a single mother who worked two or three jobs to provide for her sons.

“If it wasn’t for having a solid mother, and strong leader in my mother, and great heart in her, who knows what would have happened,” Megna said.

And his grandfather, who saw Megna struggling, took him to the gym in an effort to make him feel better about himself and increase his self-confidence. Megna hated exercising at first, but then he started liking the fact that he had accomplished something.

“I never knew what feeling proud of myself was like until I started to actually move and feel like an athlete,” Megna recalled.

Megna set small goals for himself, and once he accomplished them, he made new ones. Twenty pushups became 100 pushups. Bench pressing 95 pounds became 135 pounds, and so on. Every time he met a goal, his confidence grew. Before he started training, all he had heard from people was what he couldn’t do.

However, there were people who encouraged him. When he was a young boy, his doctor told him and his mother that he would play for the New England Patriots one day. His mother would tell him every day he would be a great football player as well.

“When someone plants that seed in your head and they tell you enough times you almost start to believe it,” Megna said.

Megna played football and hockey in high school. Beginning as a freshman, he became obsessed with watching highlight footage of all of the NFL greats and tried to emulate their technique. He would go out onto the field in the middle of winter and practice. When the other kids saw what Megna had become, they realized he wasn’t going to tolerate their abuse anymore.

Megna learned many valuable lessons while playing in high school, too. Even if he was running slowly, he learned to never stop. He also discovered that he could always be a better player, and improve himself.

After a successful high school career, the University of Richmond offered him an athletic scholarship to play football. Initially, being from the Northeast, he felt uncomfortable at a Southern school and struggled academically. He called his mother, and expressed his doubts.

“You can come home at any time, but if you come home, you will regret it every day for the rest of your life,” she told him. “You can’t quit because it’s not about staying in school, Marc, it’s about building a habit of quitting. If you quit once you’ll quit all the time.”

A few days later, she wrote a letter to Megna, with a sticker that read “Dream Big Never Quit.” He took the sticker and put it on his bedroom wall so he could see it when he woke up and when he went to sleep.

Megna started every game each season and set a school record for sacks in a season and for a career. He was also a two-time All American. His dream of playing in the NFL would soon become a reality.

After Megna was drafted by the New York Jets in 1999, he also played for the New England Patriots and the Cincinnati Bengals. He was the only person from his hometown to be drafted into the NFL.

Unfortunately, Megna tore three discs in his back while playing for the Bengals in 2001 and then re-injured his back while playing in the Canadian Football League in 2005. While he was passionate about the sport, he had suffered nerve damage and was in excruciating pain. Megna would have to figure out what his next step in life would be.

“I was in a lot of pain, and all I cared about was getting out of pain. It really felt terrible,” he said.

Megna sank into depression because he thought he had failed. However, starting to move his body again helped him pull himself out of his depression. Even simple pool exercises were highly effective.

“Movement helped me tremendously, and I just threw myself into as much movement as possible,” Megna explained. “It wasn’t like a snap your fingers thing. It was that I focused on the small but impactful micro-progressions that I was doing to heal my body, and that was the most important part.”

Over time, he made greater and greater steps to heal his back. His mother also played a large role during this time. He would call her every day, and she would continuously encourage him.

“My mother would always say, you can get tired, you can slow down, you can even rest, just don’t give up because giving up is a totally different thing,” Megna said.

Once he was out of pain, he realized he could help other people who were struggling with low self-esteem, build their confidence, and help them become their best selves.

Megna opened his first gym in 2014 in Miami. Not only did he want to help people with fitness, but he also wanted to create a community. Now, he has a franchise of three gyms. He’s also written a book about his journey entitled “Dream Big Never Quit,” as a therapeutic outlet, and to share his story with kids and people who are chasing their dreams.

“If you put in the work, you get way farther than you think you can,” Megna said.