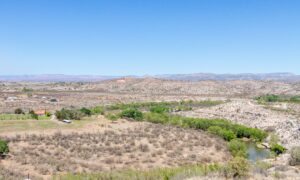 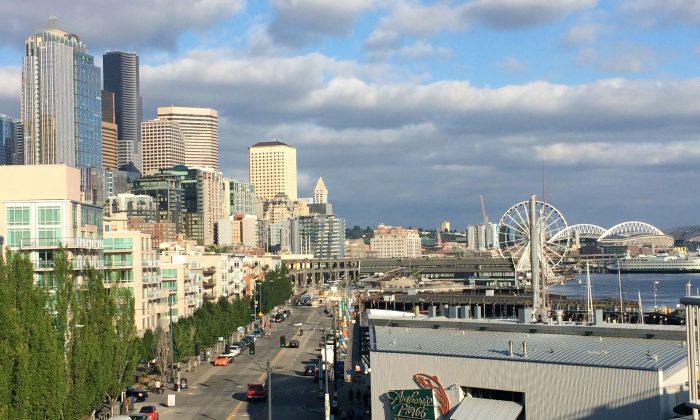 A Bird’s Eye View of Seattle

With a deep breath, I adjusted my earphones and buckled my seat belt. The seaplane took off, and we soared above the clear waters of Elliott Bay amid crystal blue skies for a thrilling panoramic view of metropolitan Seattle. Our pilot picked one person to be his co-captain and sit next to him up front, and for some reason it was me.

I couldn’t think of a better way to be introduced to this clean, green city than experiencing an aerial view and learning some history along the way. I knew then that this 30-minute ride was just the start of a great visit to Washington’s capital city. For the record, Kenmore Air provides passengers with a window seat so that everyone can have a good view.

As we literally glided back on the water, I was ready to get grounded for my three-day Seattle sojourn. I stayed at the newly renovated Fairmont Olympic Hotel in the heart of downtown. Built in 1924 on the original site of the University of Washington, the hotel blends classic elegance with mid-century modern design. I lunched at Shuckers Oyster Bar with its original carved oak paneling from the 1930s, where I delighted in seafood specialties prepared by executive chef Paul Shewchuk.

The taste of the oyster appetizer of melted cheeses and veggie mix still haunts my palate. My walleye fish main dish was perfectly prepared with a savory side of crispy eggplant. The restaurant even produces its own honey from beehives on the hotel’s rooftop and an array of dishes and desserts—truly from farm to table.

A short walk from the hotel on First Avenue stands the Seattle Art Museum with its eclectic array of art from contemporary to ancient, European, and African art and artifacts. The whimsical, colourful exhibit of Japanese artist Yayoi Kusama’s “Infinite Mirrors” runs through September, but is completely sold out except for some tickets set aside each day for an early morning lineup. I was fortunate to get a ticket.

Continuing along 1st Avenue from the museum, I came upon Seattle’s major tourist attraction, Pike Place Market, which just underwent a $74 million expansion project to create the new MarketFront. A 40-unit low-income housing complex was also part of this grand expansion.

Droves of visitors, musicians, and an endless selection of fresh produce and sense of gaiety fill the marketplace. The captivating views of Puget Sound and the Olympic Mountains add a nice backdrop to the bustling arena.

On my second morning I headed for a fulfilling homemade breakfast of biscuit and coffee at Cafe Hitchcock on First Avenue. I was on my way to Pioneer Square for a must-see underground tour of the original Seattle, before it burned to the ground in 1889.

This 75-minute lively historic tour through a series of connecting underground tunnels was a fascinating exploration. Remnants of old shops and signs are still in existence. The Seattle of today was built above the ruins of the original city.

Next, I meandered to the adjacent Occidental Square and lunched at the London Plane, where I opted for a healthy farm fresh salad. The house-made sourdough bread was exceptional and the floor-to-ceiling windows gave me a feeling of being outdoors.

The day was still young enough to visit the Seattle Center and Olympic Sculpture Park. Built for the 1962 World’s Fair, the 74-acre Seattle Center’s campus is devoted to arts, educational, tourism, and entertainment entities, with 40 acres of open space.

My main purpose was to climb the iconic Space Needle for yet another bird’s eye view of the city, and also to indulge in the amazing Chihuly Garden and Glass display. The garden’s larger-than-life, colorful blown glass sculptures, both indoors and outside, titillate the imagination.

At dinnertime I headed further north by taxi to the noted The Whale Wins restaurant made famous by James Beard award-winning chef Renee Erickson. My snap pea and arugula salad was the freshest ever. I had a tender baked chicken which satiated my appetite.

Another fine place to eat is Marjorie’s, Donna Moodie’s popular restaurant in the Capitol Hill area, north of downtown. According to chef Isaac Hutchins, “The food is simple with bold flavors, and French-inspired with a sense of artistic presentation.”

Beyond the palate, I savored Seattle’s skyline—not from the air this time but via a one-hour narrated cruise on the calm waters of Elliott Bay offered by Argosy Cruises. This was definitely a grand finale to my intro to the Emerald City.

For more information on Seattle go to  www.visitseattle.org

Beverly Mann has been a feature, arts, and travel writer in the San Francisco Bay Area for the past 30-plus years. She has received numerous accolades in various fields, including a Bay Area Travel Writers Award of Excellence in Newspaper Travel Writing.