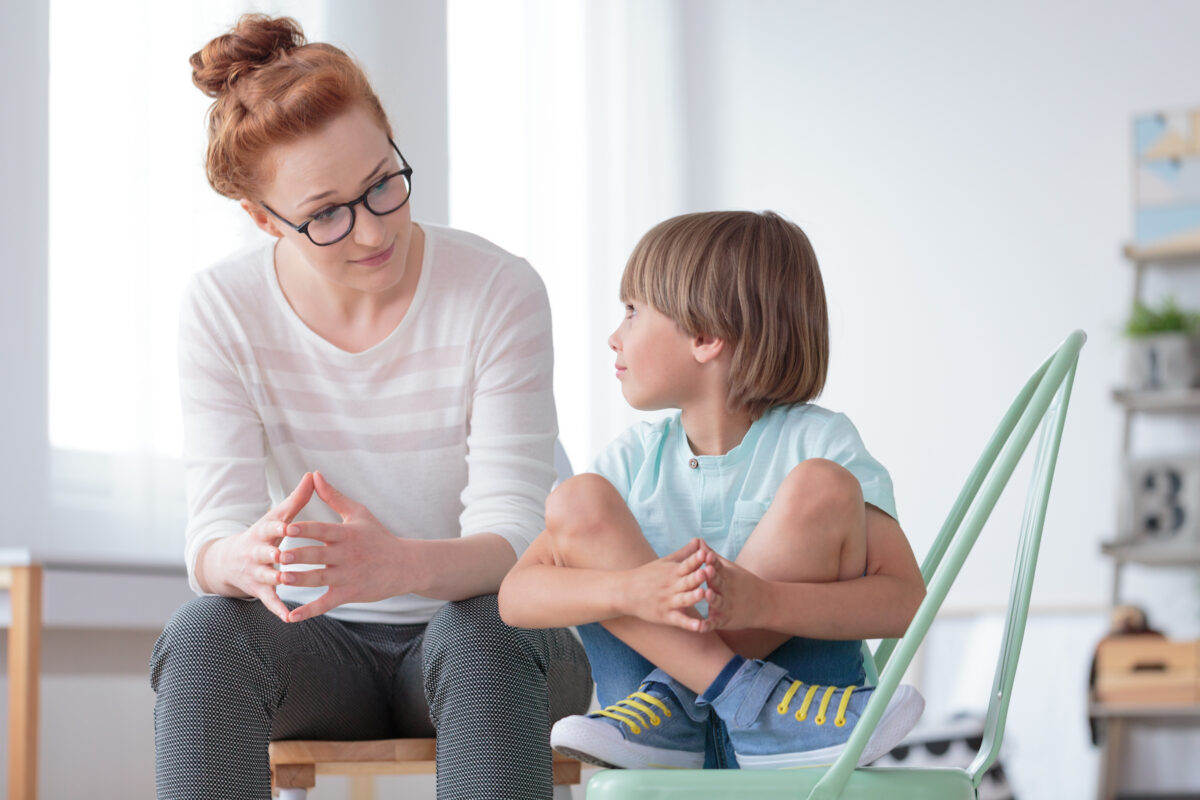 By teaching children the tools and skills to adjust their behavior, disciplinary referrals can be cut by 80 percent or better—and a lot more learning takes place
BY Matthew John TIMEMay 20, 2022 PRINT

Can a relatively simple, no-cost, no-tech, no-pain method of discipline really remold student behavior? As we discussed last time, the answer so far seems to be a very promising “yes” in the case of what’s called “Collaborative & Proactive Solutions” (or CPS).

The approach is the brainchild of Ross W. Greene, Ph.D., and is described most fully in his book “Lost at School.” It bucks educational trends over the past half-century that have tended toward the behavioral model (think carrots and sticks—or perhaps “sparkly stars” and “detentions” in the educational context). Instead it seeks not so much to snuff out bad conduct as transform it, by empowering students with better problem-solving skills.

But how exactly is that done, then?

Suppose there’s a breakdown in the 5th-grade classroom, where one student has just nabbed his neighbor’s pencil without asking, setting off a little row.

At its simplest, what Greene’s approach would suggest is that the teacher begin by having a talk with the child. The goal is to try to figure out—together—what led to the breakdown in civility or conduct. The aim is to get at the root of it—not just to snuff it out in the moment (though there’s nothing wrong with hoping for that, too!).

Greene calls this “the empathy step,” and says that its goal is “to achieve the best possible understanding of a kid’s concern or perspective” on the problem at hand.

While it might seem that this is tantamount to capitulating, it shouldn’t be mistaken for weakness, Greene says; rather, it gives the adult purchase, so to speak, for kids are more commonly used to their concerns being ignored or superseded (by those of the adult). Instead, Greene says, it’s about collaborating. That difference is immediately sensed by most kids; it feels to them that you’re with them on this, not simply trying to thwart or limit them.

In the second step, “define adult concerns,” the parent or teacher figure does just that—introducing into the conversation why the behavior at issue is problematic. In the case of the swiped pencil, this might involve conveying how it’s disruptive to the other student, or making for a less focused learning environment for the class, or even might lead to peer resentment toward the offending student down the road.

Personally, I really like how this step provides a ripe opportunity, too, for talking about character and virtues. Ideally, you will have some common vocabulary that you’ve previously shared with your class (for example, at the start of the year) or child, that you can take things back to—such as “patience,” “the Golden Rule,” and so on.

The third step is what Greene calls the “invitation” step. Here, the adult facilitates a sort of “brainstorming” together with the kid with the goal of trying to arrive at some kind of potential solution for everyone. The “invitation” term refers to inviting the student to think, proactively, about how the problem might be solved. The adult is there to help figure it out, acting as a resource, bringing his or her wisdom and broader perspective to bear.

I find it especially helpful to keep the whole conversation as positive and constructive in nature as possible—like a life coach, if you will. I try to frame it as a learning opportunity—a great chance to turn a breakdown into a positive, a moment to learn, reflect, and grow.

(For a much fuller account of Greene’s fascinating method, readers will want to check out the second of his two major books, mentioned earlier.)

Does It Really Work? The Results

If all this sounds a little touchy-feely or not that substantive, it’s the results that should be looked to. It was these that opened my mind to the approach.

In one well-documented study in which CPS was used, a Boston-area hospital group was able to reduce its use of chemical and physical measures of restraint in young patients (picture kids with violent, explosive tendencies) from 20 cases per month to zero.

Other case studies include not just a range of educational settings, where schoolwide disciplinary referrals have dropped as much as 80 percent—a stunning feat by any standard—but even correctional centers, where violent outbursts are the norm, have seen the approach pay off.

But perhaps most notably, the long-term impact is where CPS really shines. The true test of any method, ultimately, is how well kids behave in its absence. Have they really internalized it, or are they just complying due to coercion?

The evidence for CPS so far is most promising. One particular study followed students after being released from Long Creek Youth Development Center, in Maine, where CPS was used and staff professionally trained in it. While an alarming 75 percent of the kids would normally have a relapse and be readmitted, after using Greene’s methods over the course of a decade, the rate had dropped, incredibly, to 33 percent. That’s 42 students staying straight out of every 75 who would normally have lapsed back into violent or criminal behavior.

In my own experience, these kinds of short conversations have proven immensely fruitful in helping students to not only take ownership of their behavior, but to develop important forms of self-awareness, agency, and a heightened ability to problem-solve. Or better yet, to problem-avoid.

It’s also a great way to teach the foundations of character, and impart some terrific life-long skills that will empower a child for years to come.

Multiplied by many, it can make for a better school, community, or even world.

Last, lest we see the CPS approach as an either-or move, rest assured that it can be—and most often is—implemented with other systems alongside it.

Typically a school would still allow for referrals to the principal’s office, and even detentions; it’s not that they’re being ruled out as a matter of principle. Rather, it’s that with CPS being used, they’re no longer the first recourse. They play the role of backup, more like a safety net.

While in a perfect world, you could reach every child every time, the kind of metacognitive skills that CPS seeks to foster in students take time, patience, and practice. Having more traditional (read: punishment) strictures in place can help to convey that the institution and its adult still “mean business,” while providing backup, should a child push the limits.

The beautiful thing is, they’re much less likely to test them if things are handled well. You become their advocate, in their eyes, not their adversary, as you’re helping them figure out how to become the best possible versions of themselves.