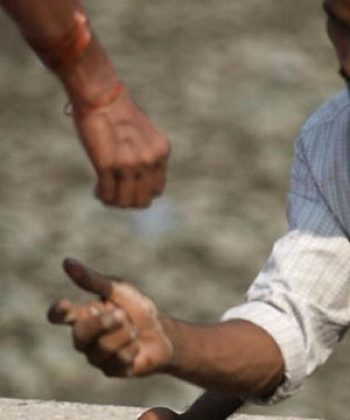 A Beggar with One Arm

A beggar with one arm came to a monastery to beg alms. The abbot pointed to a pile of bricks at the door and said, "Carry them to the back of the monastery for me." The beggar was angry. "I only have one arm! How am I to do that? It's fine if you won't give me any food or money! Don't make fun of me!" The abbot gave him a glance and picked up a brick with one arm. "It can be done with just one arm," he said. The beggar had no choice. He started moving the bricks to the back of the monastery one by one. It took him four hours to do that. The abbot gave him some money as a reward. The beggar said in great gratitude, "Thank you so much!" The abbot said, "Don't thank me. You earned this money through your own effort." The beggar bowed. "I'll never forget your kindness." He then turned around and left.

A few years later, a dignified-looking man came to the monastery. The only flaw he had was that he had only one arm. He was the beggar who moved the bricks with one arm. After the abbot asked him to carry the bricks, he started doing jobs which were within his ability. He worked hard and eventually became a millionaire. But the beggar who was physically healthy was still going round begging alms.

The ultimate way to help a person is through his heart. Food may fill his stomach, but it is only temporary. Money may satisfy his desire, but it is only momentary. It is only by awakening his soul can he be delivered.