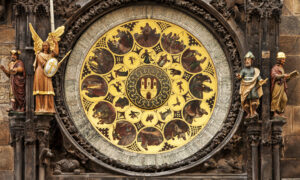 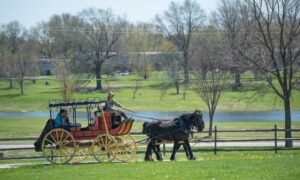 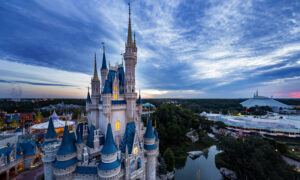 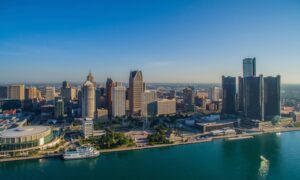 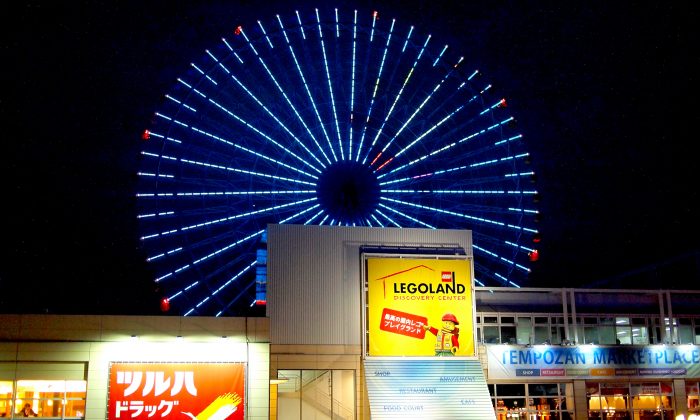 Whenever Japan as a topic comes up in conversation, Tokyo almost always gets first billing. The city of Osaka however is really no less impressive, encompassed by the Osaka Prefecture that is the second most populous in the country and boasting a population of 8.84 million people. Over Osaka’s 1,400 years of rich history, the metropolitan area has evolved from a political and economic hub to a destination ripe with world-class food, shopping, and family-friendly attractions.

Located near Osaka Bay, Kaiyukan is among the largest public aquariums in the world and home to 30,000 creatures belonging to 620 species. There are 15 main tanks, each representing a unique Pacific Rim environment including “Japan Forest,” and “Antarctica,” the latter complete with a colony of penguins. The crown jewel is “Pacific Ocean,” a 29.5-foot deep, 111.5-foot-long tank containing 5,400 tons of water and several gargantuan whale sharks. (www.kaiyukan.com/language/eng)

This architectural marvel consists of two 40-story towers constructed primarily using steel and glass, joined at the top via a donut-shaped bridge that offers an unobstructed 360-degree view of the surrounding city. The building also houses company offices—Mazda Motor Corporation being an example—and other amenities like restaurants and bars, a theater, and plenty of green spaces.

Another great way to see the skyline is from the 369-foot-tall Tempozan Ferris Wheel. Sit in any of the 60 eight-passenger cars to get spectacular views of downtown Osaka, the Akashi Straits Bridge, and Mount Rokkō. Go at sunset for a breathtaking effect. At night, the entire wheel lights up with LED fireworks. After the ride, walk a few steps to Mount Tempozan— Japan’s smallest mountain—or Naniwa Food Theme Park in the Tempozan Marketplace Shopping Mall, featuring native cuisine such as takoyaki (grilled octopus balls) and okonomiyaki (savory pancake).

Most people have probably had a Cup Noodle or three at some point in time (100 billion instant noodle servings are consumed annually), and the Momofuku Ando Instant Ramen Museum is where visitors can immerse themselves in the tasty snack. Start the tour by taking in the wall display showing Cup Noodle packages from around the world, in all different flavours, and watch an animated film explaining the dish’s humble beginnings. Afterwards, head over to the noodle factory to create your own personalized Cup Noodle to take home. Finish off the trip in the tasting room where limited edition products can be purchased and enjoyed onsite. (www.cupnoodles-museum.jp/en/osaka_ikeda)

Arguably the top place to soak up the hustle and bustle of Osaka is downtown at Dōtonbori, a popular tourist spot running along the canal by the same name. Channelling a little Las Vegas, towering neon signs can be found advertising various corporations and make a great backdrop for selfies, particularly in front of the famous 83-year-old Glico “running man.” Take a Tombori River Cruise (using the Amazing Pass—see below) on the canal for a relaxing, guided overview of the neighborhood. Shop till you drop at the Dōtonbori Shopping Arcade, lined with countless shops and restaurants, and discover why the Dōtonbori district is known as “the nation’s kitchen.”

Looking for a Place to Stay?

Sarasa Hotel Nipponbashi is the perfect place to set up camp for adventuring in Osaka. The 143-room boutique hotel is in the heart of the Nipponbashi shopping district, which locals refer to as “Den-Den Town,” catering to the anime and manga (Japanese animation and comics) crowd. All rooms are well appointed, and there is a generous selection of sizes and configurations.

A favourite is the Ninja suite, containing, you guessed it, ninja-themed touches like special wallpaper, furniture, and decorative weapons. One of the biggest perks of the hotel is the daily complementary hot breakfast. Worlds better than typical North American continental style, Sarasa offers a traditional Japanese spread serving curry rice, fish, and soup, in addition to familiar fare like baked goods and fresh fruit. (http://sarasahotels.com/namba/en)

If you go, pick up the Osaka Amazing Pass, available in one- or two-day varieties. The pass provides unlimited bus and train transportation within the region, free admission to 35 activities, and vouchers for goodies and discounts at nearly 100 businesses. A one-day pass costs 2,500 yen, or approximately $24. (www.osaka-info.jp/osp/en)