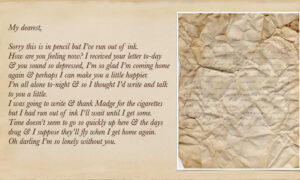 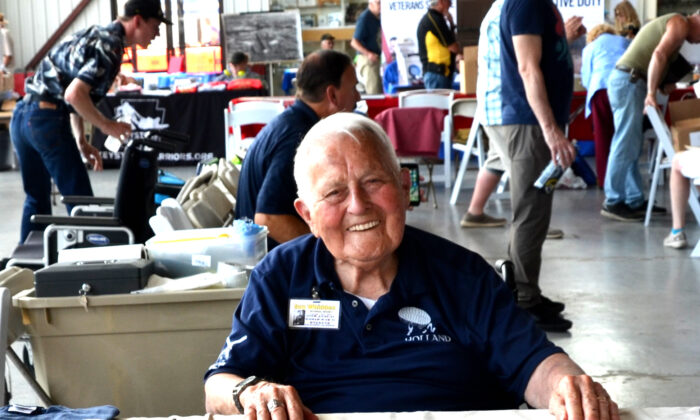 Guy Whidden II is a 98-year-old veteran of World War II from Frederick County, Maryland. He is believed to be the county’s last living person who invaded Normandy on D-Day. He said he was able to survive the war because of “divine intervention.”

He was interviewed by The Epoch Times during a local commemoration of that critical day on June 6, 2021, the 77th anniversary of D-Day.

Whidden served as a member of the 502nd Infantry Parachute Regiment of the 101st Airborne Division. He was just 300 feet off the ground when he jumped onto Normandy soil. The scene, he recalled, was dramatic: paratroopers hit the ground before their chutes opened, planes were crashing to the ground, and bullets were being levied at and from the aircraft overhead.

After landing, he was hit by a supply bundle, which temporarily “knocked him out.” He was then almost shot by one of his own troops after he could not respond to a friend or foe “cricket clicker” signal because he had lost his own clicker. He was able to convince the other soldier, however, that he was an American.

At a later point, Whidden felt something hit his chest and he assumed that he had been shot. He reached toward his chest and pulled out his prayer book. A fragment of metal from a mortar shell was stuck to the back cover of the book. “That was divine intervention,” he remembers thinking. “Somebody’s looking after me.”

When Whidden was in Holland, he was once again in the face of danger but was miraculously spared. A German officer approached him suddenly and pinned him to the ground, pointing a pistol at him. Whidden tried to grab his trench knife but could not retrieve it.

The officer stared at Whidden for a while and then, inexplicably, surrendered the pistol to him. He thought perhaps he reminded the officer of one of his own children, so the officer could not pull the trigger.

Weighing only 80 or so pounds in high school, Whidden was regularly bullied by his classmates. However, his time in the military changed him. With a strong faith in God, he learned to be brave and face the unknown. He was able to accomplish this because he was receiving “divine intervention,” he said.

He does not refer to himself as a hero for his actions during the war but claims that he was just “one of the lucky ones.” He said that the real heroes are the ones who gave their lives for their country.

Whidden authored a book, “Between the Lines and Beyond: Letters of a 101st Airborne Paratrooper.” He has been interviewed numerous times for his story and given many talks to children and college students. He feels sorry for the partisan perspectives that are creating such discord in our nation, “Back in my day, parties got along well together.” He has observed that college campuses are particularly intolerant of open dialogue and are no longer bastions of free speech and diverse thinking.

Despite all of the bad actors in the world and the difficulties experienced with the pandemic this past year, Whidden remains optimistic. “I love people … I like to see them happy.” During his talks, he always tells people to “stay strong. Keep smiling and try to see the sunny side of life.”