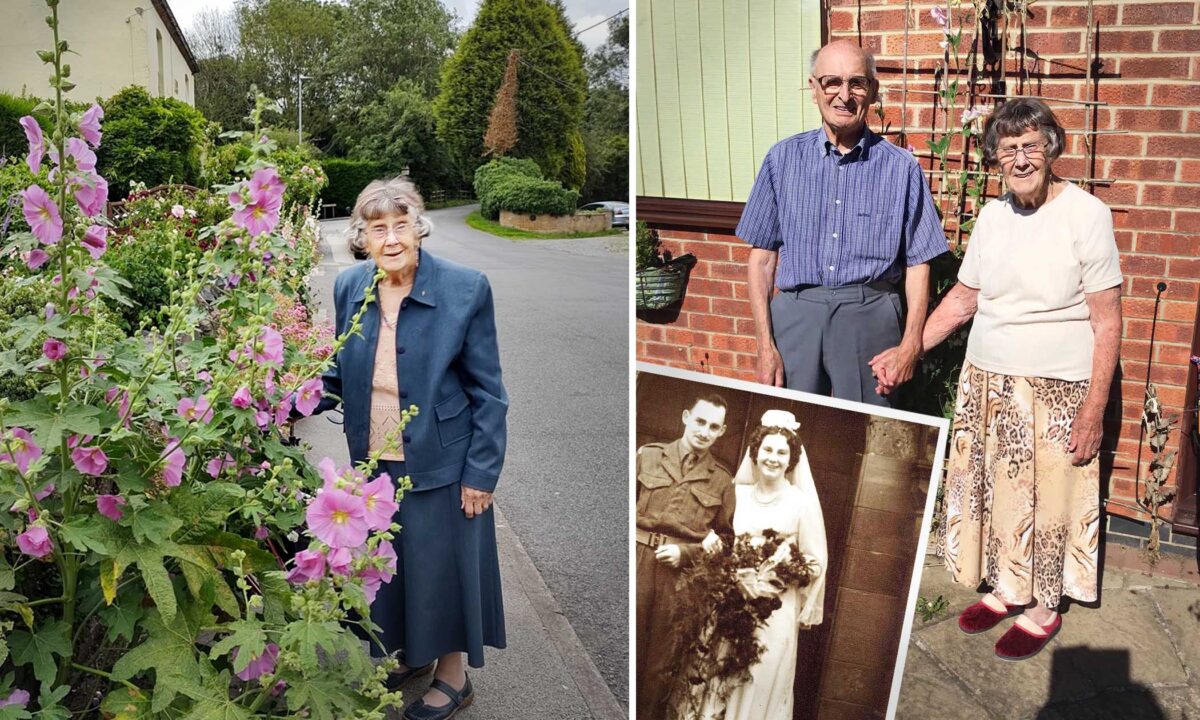 Geoffrey Walker of Leicestershire, England, adores his lovely wife of 71 years—so much so that the 91-year-old former servicemember and construction worker started an Instagram page in her honor, which he charmingly fills with adorable posts about her.

That lucky lady, Pauline, 87, can be seen in pictures amidst beautiful rustic gardens, sipping tea, or by her husband’s side sightseeing near local lakes in front of handsome castles littering the English landscape.

Geoffrey never expected that the posts devoted to his wife would go viral.

The couple, Geoffrey told The Epoch Times, have two sons and a daughter and more than a dozen grand- and great-grandchildren, “but they don’t all live near. We started to put little things that we were doing [on Instagram] so they could all see. You know, keeping in touch.”

But when a young woman in the village took notice and began sharing the touching posts on Twitter, the page blew up on social media.

That number only swelled from there as more viral posts drew fans in. With the loneliness of the COVID-19 pandemic came people locked in their homes seeking comfort through their computer screens, causing the doting husband’s Instagram to explode. It has garnered 323,000 followers to date.

The journey of that lovely couple began in 1950, when Geoffrey and Pauline first locked eyes at a “picture queue” at a local cinema. They met again later at village dances; following his conscription and subsequent deployment to Japan for 18 months during the Korean War, they tied the knot in December 1951. They have been together ever since.

“She’s a very caring person, caring for other people,” Geoffrey said of Pauline, noting that she’s always there to help out a neighbor or anyone.

Over seven decades on, Geoffrey knows marriage isn’t always smooth sailing. He shared some of their secrets to a happy relationship.

“We have bumps and scratches and all that sort of thing, but we put our back into it and get on with life,” he said. “We don’t have any serious arguments. As we’re getting older, of course, it’s getting easier.”

Pauline’s sage advice to young couples is to “never go to bed on an argument.”

Geoffrey said, “When a gentleman asked me what my advice is, I said, ‘You need to learn these five magic words: Sorry Pauline, it’s my fault.’”

Furthermore, Geoffrey, who loves watching nature programs on the tele, suggests something he learned from the behavior of albatrosses who return to the nest to breed every season: “They’re kissing and knocking beaks together all the time,” he said, jokingly. “We have lots of kisses, every day, hugs and kisses.”

The lovely couple in rural England dutifully continue posting content out of a sense of obligation to their newfound audience of adoring fans on social media—fans in seek of some of that good old-fashioned English charm so hard to come by these days.