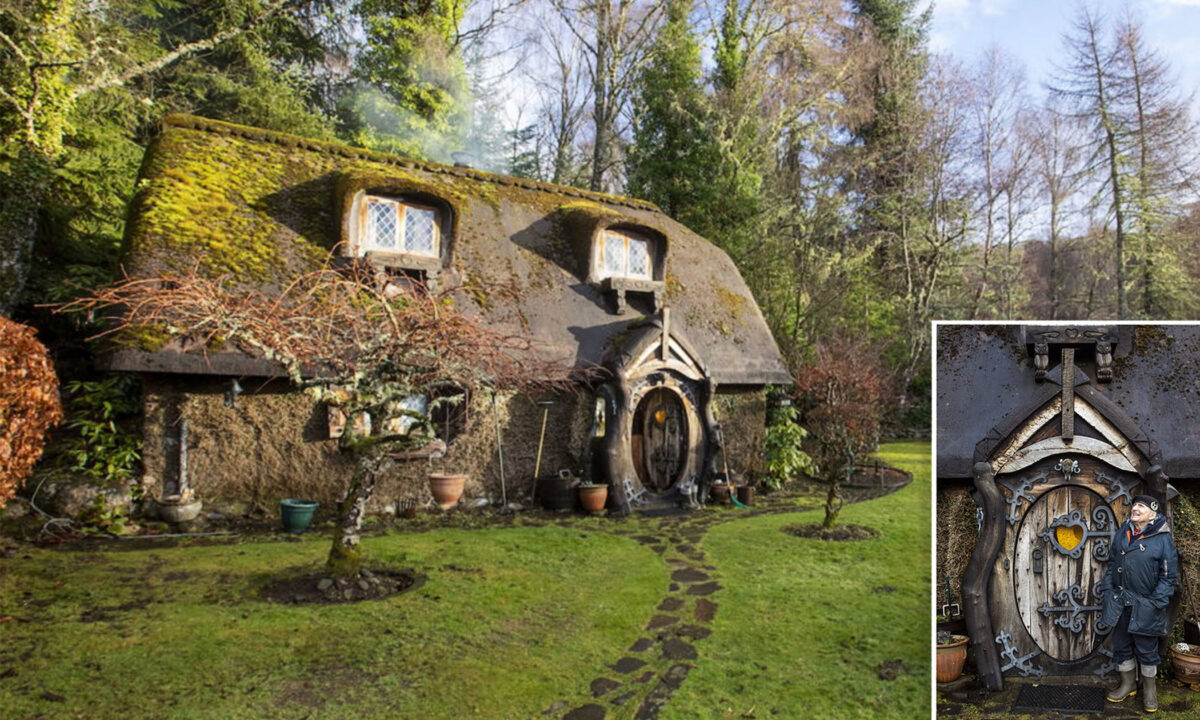 A woodcutter who built his own hobbit house has revealed he’s never watched Lord of the Rings but nevertheless lives in it almost off-grid despite being nearly 90.

Great-grandad Stuart Grant, 89, has split his time between the United Kingdom and Australia since 1959. In 1984, he moved into a 200-year-old cottage that he bought as a wreck with no roof and no doors, in Tomich near Inverness, Scotland. He originally planned to live in it while he was renovating a larger house.

After starting work on it, however, Grant made a year-long trip to Australia and thus worked on the house in “slow motion.”

The first thing Grant did was attach a roof and doors—he wanted to live comfortably in the little bungalow while doing up the main house.

However, he found doing DIY on the quirky outbuilding so satisfying that he decided to make the three-bedroom, rustic pad his home.

Sharing more about the cottage, Grant said that before he moved in, it had been a shoemaker’s cottage and also a croft and there were cows, calves, chickens, and even a donkey living there.

It’s not a fancy house—he cut the wood himself from fallen trees, collected stones from the river for the stonework, and used other people’s leftover building materials to construct the cottage.

“It took quite a few years, I never counted it. I just enjoyed doing it so much,” said Grant, who doesn’t know how much the project cost him. “I got carried away.”

Grant admits that he has never watched The Lord of the Rings but coincidentally his front door is round and constructed of oak, just like the door belonging to Frodo Baggins.

“There are stained glass windows on each side of it,” he said.

He’s lived in the cottage for almost 40 years now—but has recently been inundated with The Lord of the Rings fans after his home was posted on a website recommending places to visit in North Scotland.

He doesn’t have a mobile phone or use the internet and no longer drives due to his age, but he loves getting out and meeting people.

For Grant doing creative and innovative projects such as this helps keep him young.

“You get a real buzz out of doing interesting stuff,” Grant said. “I have just always been an inventor and a designer.”

Even as a young boy, he recalled that his mother said he would always keep scribbling.

“People think I’m clever because I do original things, but they’ve not tried,” Grant said.

Although he is going to be 90 soon, Grant said he feels like a teenager.

Grant believes that he can start with a seed but end up with a house.

For him “work is a great therapy.”