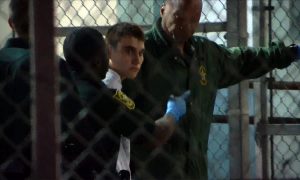 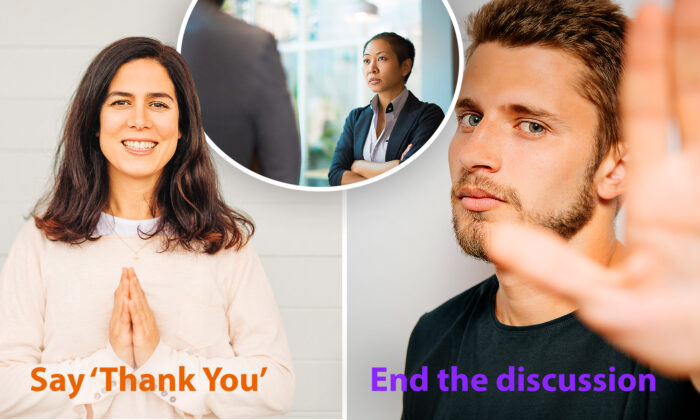 There’s nothing more disheartening than trying to go about your day and encountering someone who just doesn’t feel like extending you any basic common courtesy.

Rudeness doesn’t often cause physical pain, but it’s pretty emotionally draining. Whether someone you love snaps at you for asking an innocent question or a stranger dismisses you without a second thought, words can be pretty powerful—and while positive ones can quickly lift you up, negative ones can just as quickly tear you down.

The pain caused by rudeness can be hard to deal with—so it’s no surprise that for many people, the first instinct after being insulted is to say or do something hurtful back. We all strive to be better than those around us, though, which is why it’s always better to have something witty or kind hidden up our sleeve to use as a retort when someone hurts our feelings. Consider these nine comebacks the next time someone mocks your hair or calls you a harmful name; it may not fully erase how it feels to be trod upon, but it sure will keep you from falling into a cycle of cruelty!

It can be difficult to remain positive when someone chooses to get short with you—but sometimes, hurtful behavior can stem from feelings of under-appreciation or disappointment. Your cashier may be having a tough time at home when they roll their eyes and hand over your Starbucks latte, or the man in front of you may be preoccupied thinking about a stressful meeting at work when he holds the door and complains that you’re walking too slowly. Telling someone “thank you,” even when they’re giving attitude, can be a way to show them that you’re taking the high road—while also hopefully making them feel like you do appreciate them no matter the circumstance. Kindness can go a long way towards hopefully improving their encounter with the next person they come across that day.

We’ve all had a family member snap at us over something that seems trivial in a way that makes us feel a bit put out. Maybe your husband loses his cool when you forget about his latest argument with his mother, or your best friend tells you that you’re a terrible pal because you never call to check up anymore.

Oftentimes, these bursts of negativity are coming thanks to severe stress or anxiety, though. They can come on days that work was particularly tough, or when someone else was rude before you and your friend or family member ever got a chance to chat. They can come when someone is frustrated, feeling like their voice isn’t heard enough—and giving them credit where due can be an instant mood booster.

Sometimes, we all encounter people who simply enjoy causing others to react to them. While a bully might be hoping for a negative reaction, though, it’s pretty easy to fend them off; just laugh off the insults. Literally. There’s no tool more powerful when faced with a bully than to laugh and show them how unbothered you are; you may not feel quite like laughing, but it shows the person intent on being mean that you won’t give them a reaction. A lot of negative behavior is exhibited to get a reaction and make the person bringing up your recent loss or shame in public feel better than you; there’s no easier way to take away someone’s power than to take away the one thing they want to see.

4. Tell them: “That hurt my feelings”

Sometimes, you may end up on the receiving end of some pretty hurtful comments that it’s clear the speaker doesn’t even realize are hurtful. Maybe it’s an elderly relative who doesn’t realize they’re bringing up a painful topic, or a friend who teases you about something that you don’t actually find all that funny.

In situations like this, it’s best to just be honest: let them know that what they said was hurtful and that you don’t appreciate it. Chances are, they may not even realize that they were being rude—and you can teach them a valuable lesson while soothing a potential sore spot between you moving forward.

5. Let them know: You love them, but you love yourself, too

Sometimes, an overbearing loved one can say some pretty rude and hurtful things under the guise of being “helpful” or “honest.” And while some will change their behavior when you let them know it’s hurtful, others will continue to nag and treat you rudely using the excuse that “they know what’s best” or they “just want what’s best for you.”

If a loved one is trying to take advantage of your love for them by using it to put you down, let them know—you love them, but you love yourself too. It’s not okay to put up with verbal abuse or rudeness from someone just because you care about them; if you love yourself, you’ll tell them to stop. And hopefully, they’ll realize that your exercise in self-care is a sign that they need to straighten up.

6. Tell them: “I appreciate your perspective”

Sometimes, people are rude when they feel like their voice isn’t being heard—or, similarly, when they simply can’t understand opposing viewpoints.

You don’t have to go around praising someone who goes against your beliefs or says something that you don’t agree with, especially if they’re being rude about it. But sometimes, just letting them know that you appreciate hearing their perspective will help break down their walls a bit. They may just be starved for some kind treatment from people they feel like aren’t listening to them—and even if they aren’t handling it in a mature way, you can do your part to maybe change their perspective moving forward.

7. Tell them: “You always seem to bring something negative to the conversation”

This obviously doesn’t work if someone is simply having a bad day—but if you have a neighbor or colleague who’s always being rude, it may be time to call them out on their behavior and see if it catches them off guard. Not only do you take the pressure off yourself to respond to their rudeness, but you may even inspire them to think twice about what they’re doing.

8. Ask them: “What do you think I should say in response to that?”

Sometimes, people make rude comments to make themselves feel better. They want to feel like they’re better than someone else—and unfortunately, they may try to get that sense of power by belittling you. The next time someone tells you that you look terrible or that they can’t believe you’re choosing that major for college, though, call them out on it. Ask them what they think you should say in response to that—and chances are they’ll have trouble coming up with a valid answer. It can be a great way to help check their attitude; it’s much easier to simply say something rude than to consider what it does to the person on the other end. It may not always inspire an apology, but it can sure help.