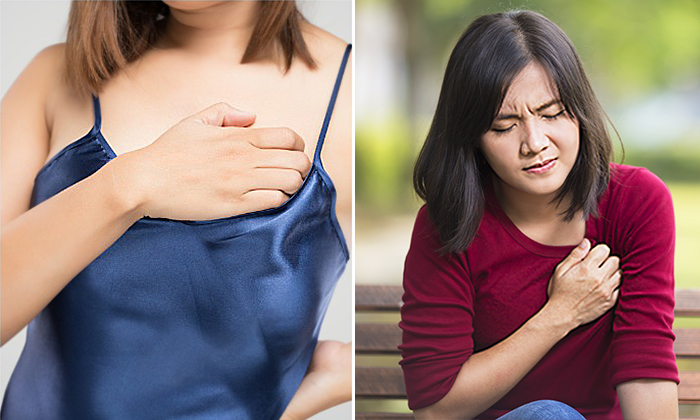 Like it or not, breasts play important roles in women’s lives. The primary, biological function of which is to provide a vital source of food for newborn babies. Also in daily life, many women pay special attention to their breast appearances in search of a more feminine figure, and may worry that they are too large or small, are lopsided or aren’t as firm as when they were younger.

Regardless of size or shape, though, breast health is important for all women. Breasts change over the course of age; some changes are normal, while others may indicate serious, underlying health issues like breast cancer. In some cases, women may detect the changes on their own, while other times, imaging procedures such as mammograms, MRIs, or ultrasounds are needed.

So, if you’re a woman, it’s important to watch for changes in your breasts and follow up with your doctor to have such changes thoroughly checked. According to a recent survey, just 42% of women are confident that they know what signs might indicate cancer. It just goes to show that this is an area deserving of more attention.

Which is why we have compiled these 9 breast symptoms that you should watch out for, some of which are a normal part of development, while others are cause for more concern:

Breasts grow during different stages of life, such as during puberty or pregnancies, or when hormonal changes occur, such as during premenstrual swelling or when taking contraceptives. Breast size increase could also result from something as simple as weight gain, since they are mainly made up of fat cells and glandular tissue and the body tends to store more fat there.

If breast growth is not a result of these factors, though, it could indicate more serious issues, which we will explore further below.

Hormonal changes may also cause breasts to decrease in size, which may occur at certain stages, such as during menopause or the latter stages of menstruation, or it could also be a result of weight loss. However, if one breast is shrinking while the other remains the same size, it may be a sign of a tumor developing around the chest wall, pulling in the breast tissue and making the breast appear smaller. If you feel that this is happening, you should check with a doctor for medical advice.

3. Itch or irritation under the breasts

There are plenty of causes of itchiness or irritation under the breasts, such as wearing a bra that is not fitted properly or wearing a bra that is not clean. However, if a rash accompanies that itch, it may be a fungal infection. A common fungal infection that frequently occurs under the breast, or on other skin folds, is candida, and it can be treated effectively with antifungal cream, which should get rid of the itchiness and irritation.

Most of the time, rashes are not cancerous, but inflammatory breast cancer (IBC) is a rare form of the disease that may appear to be a rash or skin irritation. In either case, if it lasts for too long, it should be examined by a doctor.

4. Bumps on the areola

The areola, or the circular region surrounding the nipples of the breast, can become bumpy for a variety of reasons; most of the time it occurs due to hormonal changes during pregnancy. However, if pregnancy is not the cause, these bumps can be a sign of a type of breast cancer called ductal carcinoma in situ, which is a highly treatable form of early-stage breast cancer.

More often than not, changes in the color of the nipples are a result of puberty-related hormonal changes, premenstrual symptoms, or pregnancy. However, darkening and discoloration can also be caused by Paget’s disease, a rare type of breast cancer.

Paget’s disease always starts showing in the nipple area and causes the nipple to darken. Other characteristics of this type of cancer include flattening of the nipples, yellow or bloody nipple discharge, itching around the nipples, or thick, crusty skin around the nipples. Should you see any such signs, you should consult a doctor as soon as possible.

One of the most common causes of nipple pain is wearing improperly-fitted or tight undergarments or clothing. Pregnancy or breastfeeding can cause nipple pain as well. In addition, sore or itchy nipples can be caused by infections such as mastitis, where bacteria enters the skin through breaks or cracks in the nipple tissue.

Unusual aches or pains could also be an early sign of breast cancer, and should be detectable before any telltale lumps appear. In such cases, it’s a good idea to schedule a doctor’s appointment. For a more complete list of symptoms and signs of breast cancer, you can refer to our previous article.

Stretch marks on the breasts can be simply the result of puberty, pregnancy, weight gain, or hormonal changes. However, stretch marks should not be ignored in certain cases where it may be an indication of diabetes or even adrenal conditions.

Diabetes may cause stretch marks when uncontrolled blood glucose levels affect collagen production. Adrenal conditions such as Cushing’s syndrome may have similar effect when increased amounts of the cortisol “stress” hormone are produced.

Hairy nipples are not unheard of, and there are multiple causes for this. According to Healthline, other conditions like polycystic ovarian syndrome (PCOS), which is a result of reproductive hormonal imbalance or adrenal disorders like Cushing’s syndrome as previously described, can lead to abnormal hair growth on the breasts.

Breasts that are veiny can be a result of many things, especially during pregnancy when your blood volume may increase by 20 to 40 percent, or during breastfeeding when the volume of milk may cause the veins to show. Other causes include benign and non-cancerous conditions like Mondor’s disease (the inflammation of veins in the breast) or pseudoangiomatous stromal hyperplasia (PASH).

A rare type of breast cancer, inflammatory breast cancer (IBC), as previously described, may cause visible symptoms like veins as well. If veins appear near any other breast abnormalities and are not due to normal circumstances such as pregnancy or breastfeeding, call your doctor as soon as possible to have it checked. 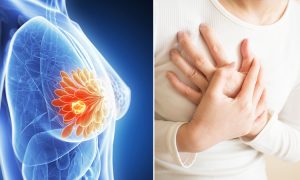 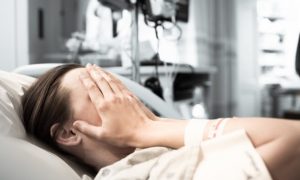