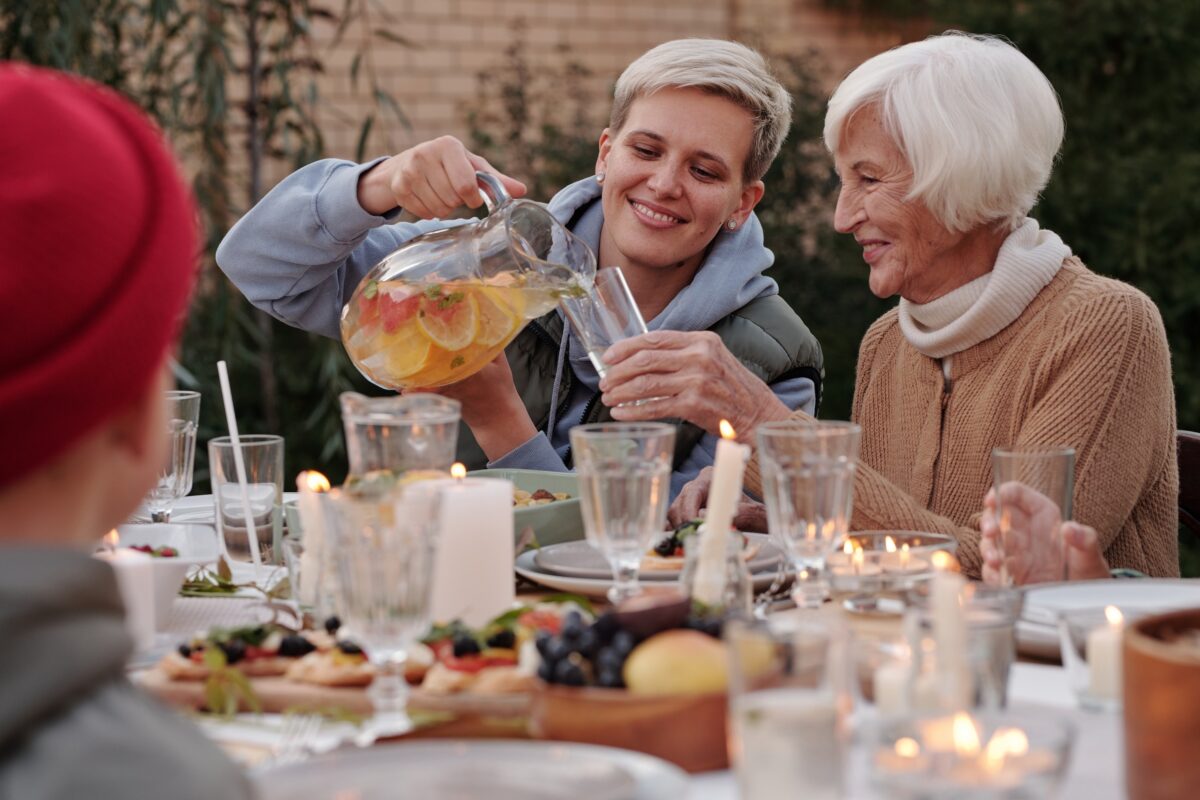 There were 28.6 million Baby Boomers—those born from 1946 to 1964—who reported a retirement status at the end of the third quarter of 2020. Suffice to say that means that there could be a lot of retirement parties to plan in the foreseeable future.

A retirement party celebrates a retiree’s achievements and marks the beginning of a more relaxed lifestyle. However, not everyone is thrilled to enter this new phase of their lives. So, why not help make this transition something for them to look forward to with the following nine retirement party ideas?

Traditionally, retirement parties involve speeches that pay tribute to the retiree’s contributions. And while that may not sound the most exciting, there’s also nothing wrong with sticking with tradition.

Party hosts usually make a speech. But, don’t hesitate in getting coworkers, bosses, friends, or family members in on the action. If you’re giving a speech, the list of accomplishments of the retiree should be highlighted. But, you could also share their career trajectory or how they assisted their peers throughout their career.

What’s more, all the guests should be included in the commemoration. That means allowing everyone to make their own remarks. In that case, it’s a good idea to mention it in the invitation so that everyone has time to think about what they would like to say. And, make sure that you stress that their sentiments are safe-for-work.

Thankfully, there are ways to make this a more memorable event. For example, when a colleague of mine retired, the party was held at an upscale hotel. Before attendees sat down for formal dinner, there was a cocktail hour while the guests-of-honors gave their speeches.

For example, if the retiree is relocating to a beach resort, throw a beach-themed party. Simply have your guests dress in Hawaiian shirts or bathing suits while the office is decorated with inflatable palm trees. Or, you could go outside and have a volleyball tournament or hula hop competition.

Some other theme ideas could be:

An elegant and formal event, such as an all-white or black and white theme.

3. Go on One Last Outing

Whether it was company retreats, monthly lunches, or wining and dining clients, the retiree properly spent a fair amount of time with their colleagues outside the office. So, why not go on one last outing together?

Maybe the team could do one final team-building activity by going on a scavenger hunt or visiting an escape room. Perhaps everyone in the office could spend the afternoon at a baseball game. Or, maybe the whole crew could go on a weekend camping trip.

Ideally, whatever you decide, it should be an excursion that the retiree would enjoy. So, for example, if they aren’t a baseball fan at all, then this wouldn’t make much sense. But, if they’re a basketball fanatic, then you could take them to that game instead.

In addition to giving a retirement speech, here are some other ways to celebrate the retiree:

Autograph book. Allow each guest to write something about the guest of honor in a blank book. Then, you can invite everyone to participate in a Google Doc or slideshow for virtual celebrations.

Video interviews. Make a video of how the guests remember the retiree’s contributions. This could be both past and current colleagues.

Roast Em. A roast is a way of poking fun at someone to honor them at the same time. There should be speakers from different fields within the honoree’s life. Also, make sure that the guest of honor has a good sense of humor. Don’t forget to give the guest of honor a chance to speak at the end of the roast as well!

“This is your life.” The honoree should be seated in front of everyone (or if the party will be held in a hall on a stage) as per the famous TV show. Surprise your guest with several “surprises” from various stages in their lives to share funny and touching stories.

It’s easy to forget about a party, but memories last a lifetime. For example, when my mom retired from teaching, her last class made crafts and cards that they presented to her on her last day. She’s actually framed most of these cards and has them proudly displayed at home. Thus, Samantha Moss, Editor and Content Ambassador at Romantific, recommends making something that retirees can take with them and look back on years from now.

“Sending off an employee on a high note is one great way to express our gratitude for their years of contribution to the organization,” says Samantha. “And, to make someone’s retirement celebration even more special, one thing you can do is prepare a video or create a book of memories for them.”

“Ask each employee to share their unforgettable memories, give thanks, and offer well wishes to the retiring member of your team,” s she suggests. “And you can also include in the video or book the career highlights or achievements of the retiring employee.”

The retiree has probably been used to all work and no play. But now, in their post-work life, they’ll have to learn how to enjoy playing. So, what better way sen them on their way than having everyone partake in retirement party games?

Quiz show. Wouldn’t it be fun to create a quiz about the retiree’s life and career achievements? Then, consider rewarding the person who knows the most answers with a prize.

Goodbye to the tie. If the retiree wore a tie or any other uniform, maybe you can make a pillow from it.

Smashing success, smash the alarm clock. The alarm clock plays a vital role in our daily lives. Having the honoree and other guests smash an alarm clock with a hammer or mallet (as their last-minute) may be fun and even a little cathartic. Consider purchasing an alarm clock from a thrift shop or eBay to protect your budget. And, make sure that you make safety a priority as well!

Pin something—How about pinning a book, fishing pole, or hanging a bottle of sunscreen around the retiree’s neck?

Go virtual. If you have a remote team, or the COVID-19 pandemic has continued to make in-person events impossible, consider virtual retirement games. Some ideas would be “Never Have I Ever” or retirement bingo.

7. Build the Party Around the Retiree’s Favorite Hobbies

You can also build the party around the retiree’s favorite hobbies. For example, a golf tournament could be organized at a local club for them if they’re avid golfers. And then a happy hour could be held at a local bar and grill.

Build the party around a potluck theme, or have a chili cook-off for the guest of honor if they are a foodie. Or, if they’re proud grandparents—host an outdoor party where there are a ton of family-friendly games.

The scope of this will depend on how many invitees will be attending, as well as your budget. Also, you may want to consider the guest of honor’s preferences. For example, if they’re an introvert, you could have a small luncheon or a tasting at a local winery. For extroverts, you could plan a shindig at a local banquet hall.

9. Make It for Charity

Rather than bringing gifts, ask guests to raise money for a worthy cause. And, you can make giving easy before, during, and after the party by using digital fundraising tools such as Facebook Fundraisers and Charity Miles.

What Should a Person Say at a Retirement Party?

A retirement party is a perfect opportunity to say any kind and truthful thing. However, keep in mind that the individual entering retirement should always remain at the center of your attention. For instance, perhaps you can recall some of the fondest memories you have of them, like how they were a mentor or always willing to lend a helping hand.

What Are the Best Ways t Throw a Memorable Retirement Party?

The key to arranging a memorable retirement party is knowing a few facts about the individual. For instance, do they have any special interests? So plan accordingly, after you receive that information—and your retirement celebrations will be unforgettable for sure.

How Can You Plan a Great Retirement Party Activity?

That depends on several factors like the retiree’s personality and interests. Of course, you should also consider the scope and budget as well. But, in short, any activity that gets the entire team involved will make for a solid retirement party activity.

What Is the Best Way to Plan a Retirement Party at Work?

It is ideal for retirement parties at work to select one specific theme. However, you can hire a company specializing in virtual and in-person event planning as an alternative.

What Do You Wear When You Attend a Retirement Party for Your Company?

If there is a theme for the party, you should dress accordingly. For example, if you throw a 90’s theme party, you should dust off your favorite, broken-in flannel. Generally, however, retirement parties tend to be more official than regular events, requiring more formal attire.